Good info, thank you for sharing. I'll be putting a bottle or two through my stove this fall, I'll report back.

Poppy said:
Today, I noticed that the low battery icon was blinking on my air conditioning thermostat. I swapped in a new pair of batteries. Fortunately I have a small stockpile of AA batteries.

If the AC went out because the power to the thermostat died, that would be really bad.
View attachment 29988
Click to expand...

I have a 'programable' wall mounted thermostat that I don't program. Matter of fact I don't set the clock on it so that the time flashes. By leaving the clock flashing that grabs my attention as I walk past, causing me to take a quick glance at the battery meter. The battery meter only shows when the (4) triple a batteries get weak about every 90 days or so.
I've come home from work to a shock when walking through the front door thinking "yikes my ac (or heater) is busted" and breath a sigh of relief when the display on the thermostat was blank. "Phew!"

A little while ago I tested the operation of a portable photovoltaic system.
I had tested it a month ago when I bought it but later I realized that the solar panels I had received were not the right model.
After the replacement I had not found the time (and the sun) to check the functioning of the new solar panels.
Everything went well, despite a slight haze and the sun not peaked I got 75 W

That's great Stefano! For the sake of (less experienced with solar) readers, consider explaining what the panels' watt rating is, so they understand the actual output is going to be less because of wire and electronic loss, even if it is a clear day. Pictures are always welcome.

The panels are 120 W
These are the new panels, they are wired in parallel while the previous ones had a different aesthetic and were wired in series.

Translated into practice: with the previous panels I exposed half of them from the window (and the others remained in the shade) the charge did not occur or was negligible, with those in parallel even if I expose a portion to the sun the charge takes place (even if with less speed )
If for some reason I could not go out into the house or garden to recharge this is very important (my window does not allow you to expose the whole panel.

This Power Station also has a built-in torch with two levels and a flash but compared to previous models it has a throw light instead of flood.
It does not have a high capacity (there are models with higher capacity also equipped with wheels) but it weighs about 10 kg and is easily transportable.

Edit: It uses LifePO4 batteries and at 2500 cycles they should still have 80% of the initial capacity.
The heavier version which also has a higher capacity has batteries that at 3500 life cycles still have 80% (these are the manufacturer's claims)

Purchased an updated version of a pyrolytic cooker.
I bought the same product many years ago to use it in case of SHTF.
Now an identical but larger version with some improvements has come out on the market.
I have a small supply of gas for cooking but since the "black winter" is coming to Europe I thought of buying a second specimen for any eventuality.

I think it is time to start using up my emergency gas supply, and fill the cans with fresh gas. Ethanol free gas is not available here at the pump.

1. Which gas is better? Winter gas, or Summer gas?

2. When do they make the change over from summer to winter gas?
H

Summer gas comes from ham and beans.
Winter gas comes from chili.
Intensify your search for ethanol free gasoline. It's what you need. Maybe check with the local drag strip for suggestions.

I think that the dragsters run Trufuel in New Jersey.
@ $32 a gallon from the Home Depot, that's a non-starter for me.

I did a search for ethanol free gas last year, and there were no stations pumping it in New Jersey. The nearest was a station in Pennsylvania. One and a half hours away from me.
H

They usually have it on or near a recreational lake. Ethanol is terrible in boats. Do you have any of those?
Marine Stabil 360 works for me in mowers but they only go for six months without running. That may be pushing it.

@hsa thanks for the thought. I just called the largest recreational lake around here, one that has a fuel dock, and they don't have it. He said that a Stewart's upstate NY has it and people trailer their boat up there, or use 5 gallon cans, etc.

I called and was told that the nearest county doesn't have it, and maybe the next county up. So now we are talking two hours away.

Green stabil or Lucas will keep your fuel good for a year. I double the dose in my car that sits a lot. I use about a gallon of fuel in my trimmer every other year. I use (pre-mixed) pure fuel from Home Depot. A half gallon of it was $10 if I recall correct. But now that I mostly use a Ryobi 18 volt trimmer it may take 5 years to use it. I use green Lucas in that too. My mower goes about a year on 3 gallons of 89 octane so I stabilize that too. That way in the spring it's still good.

My prep for today actually took place yesterday. I wrote down 3 word sentences to use as crib notes for a meeting this morning by the contractor where I work, where I had to pass on some requirements the client I work for wanted me to state. Lay down the law as it were. Some meetings I forget some of the topics I wanted to discuss so this day I made sure each item was covered.
Last edited: Sep 8, 2022

Get a gallon, for anything you own & give some to family friends.

than you have it!

Just a reminder that it's National Preparedness Month. If you have it, rotate it and maintain it. If you need it, get it now. Check and swap batteries in your smoke detectors, radios, and flashlights. Rotate fuel if you store it. Rotate water you stored, even if you treat it. (2 drops of plain bleach per quart, sealed container in a dark place works nicely.) Run your generators. Start your snowblowers now, it's a lot more fun to work on them now than when you need them... 😁
Last edited: Sep 9, 2022

I wonder how many here have prepared by protecting the electronic material against a solar flare (Carrington event) or an electromagnetic attack.

I keep a good part of my lights, batteries, chargers, solar panels and charging cables protected in an alleged faraday cage, especially the flashlights from a few years ago that I no longer use.
(no guarantee that it will work but better try first than repent later)

How many here do this?
Or just the only one thinking about these extreme events?

I have a transistor radio wrapped in a static free mylar bag, and I put my snowblower in a faraday cage. Other than that I am not solar flare prepared. 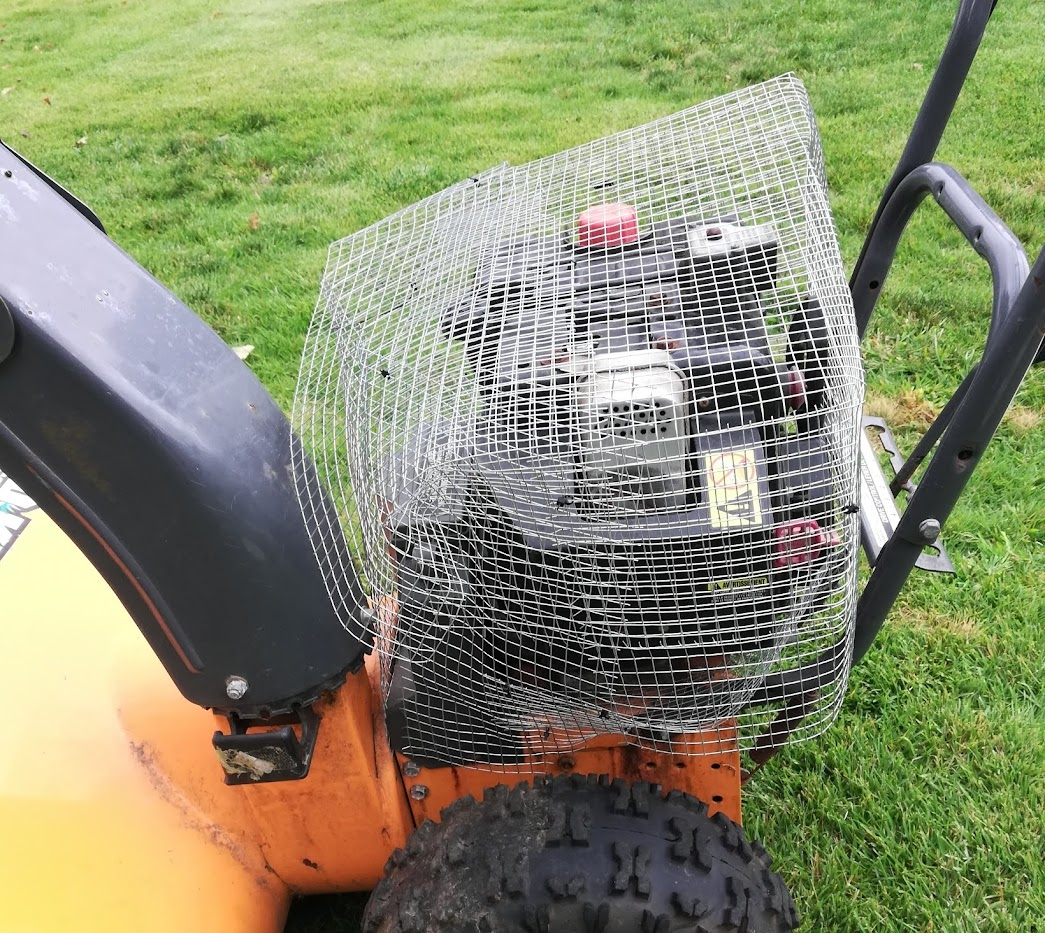 Oh NO wait!
That was to keep the squirrels away from chewing on its fuel line.

Galvanized steel garbage can with items inside wrapped in bubble wrap or plastic layers so as to not touch metal.

Maybe do this with our old Nissan truck but...From the blog section of beprepared.com:

How to Repurpose Gasoline

Over time, gasoline degrades and loses some of its combustibility to fire an engine. This means it's no longer effective.

But that doesn't mean it can't be used.

If you suspect your gasoline has gone bad, you can test it by smelling it or comparing its color to fresh gas. If the color is darker or smells sour, it has expired.

The good news is that you don't have to toss it. You can simply repurpose it by adding fresh gas to it.

The process of diluting the old gas with the fresh gas should get the engine firing again.

Bob Vila recommends, "For a small tank of 9 or 10 gallons that reads at least ¾ full, according to the fuel gauge, add a half-gallon of old gas to the tank. Use a proper 'jerry can' (a gas jug with pouring spout) to slowly pour the old gas into the tank. Eyeball the gas level as you fill it, and stop when the tank is filled to just below the tank mouth's safety flap. […] Similarly, you can add ¾ of a gallon of old gas to nearly full 12-gallon tanks, or a full gallon to 16-gallon tanks."