Where can you find a mini mag AA LED tailcap?

I did some searching around for a black tailcap to replace the mismatched silver one on my spectrum aa mini mag. I bought one that claimed to work with the LED versions but it didn’t work and looks like an incandescent tailcap with the space for a spare bulb. I don’t know where else to turn but to the helpful and knowledgeable folks here.

Where can I get an LED compatible tailcap? Do I have to buy an LED minimag and take it off that? The silver tailcap is not a huge deal but I would prefer everything to match.

I ran across this when trying to use an older switch on my Pro+. The newer Minimag battery tube/bodies might not have exposed metal necessary for the older switches to work.

Take a look at the switch mecahnism to determine where it needs to make contact with the tube. And then see if your battery tube has exposed metal at that mating area. If not, simply remove some of the anodizing (sanding) and the switch should work.

Here they are side by side. The inside of the light body is anodized but the end is bare metal. Could the anodized end on the spring side of the cap be what’s breaking contact and causing it not to work? 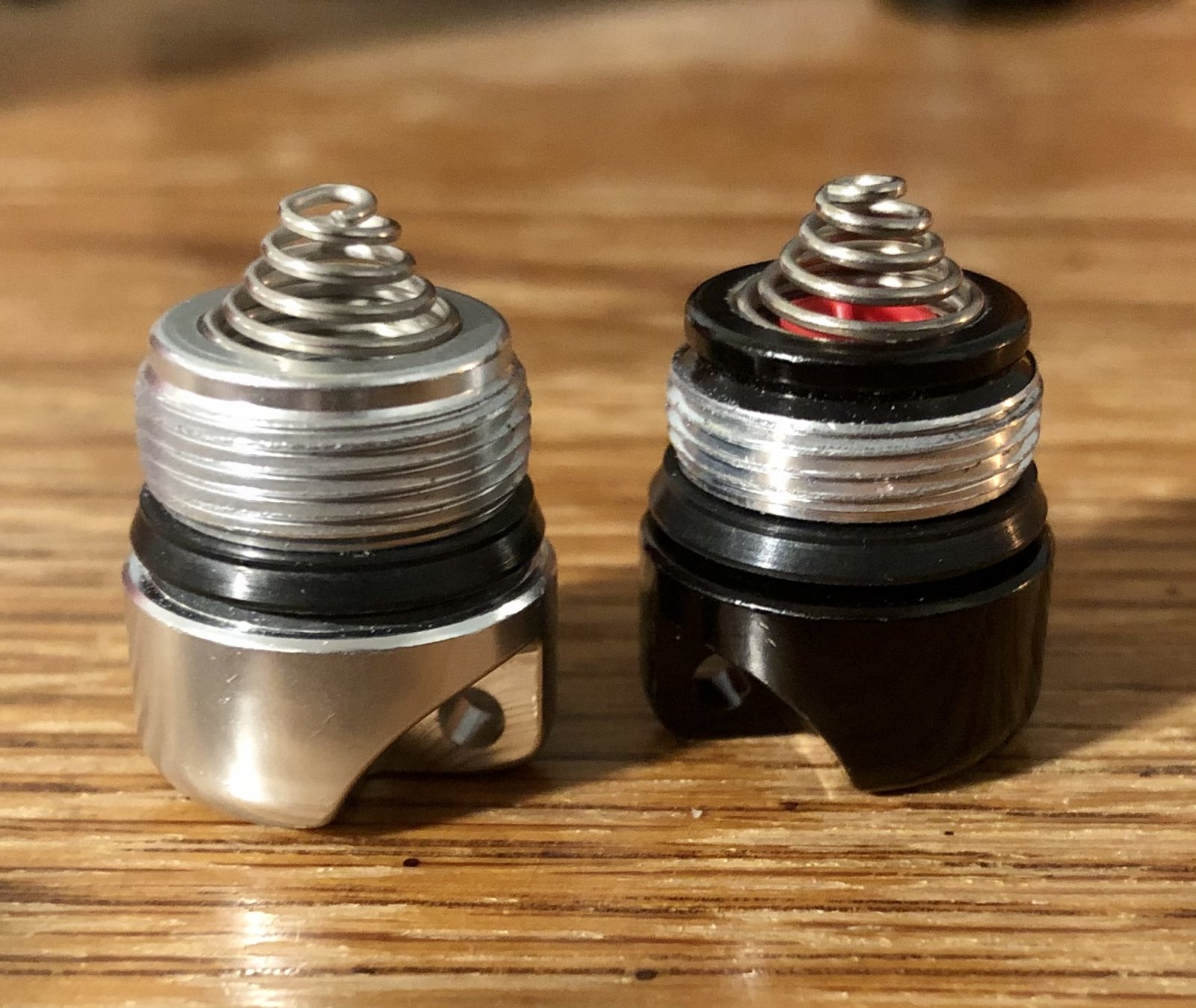 You have an incan version of a tailcap. Often they work just fine but sometimes they don't.

If you notice, the bare metal threads on you silver one are just a little longer than on the black one. Don't know why that matters, but I suspect it's because the inside of the incan version is bare where the LED body is not. 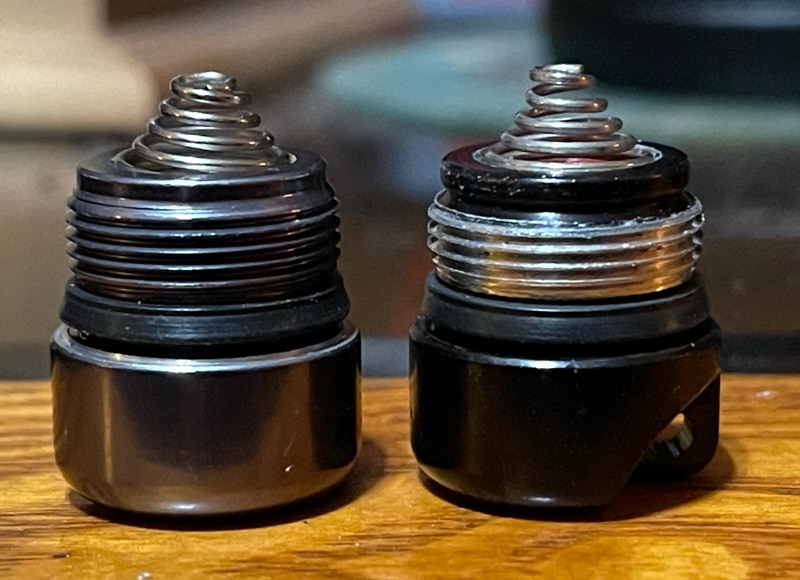 Here's an incan (right) vs LED (left) version of the tailcaps. You can see the extra threads easier on a gray one vs the silver one.

I emailed Maglite about a reflector I scratched in an XL50 and they sold me one for like $6 shipped. Point being if you email them and tell them what you are doing they'll probably sell you a tailcap to be used in an LED version.

Thanks. I sent an email to maglite.

If you want to try your existing tailcap - 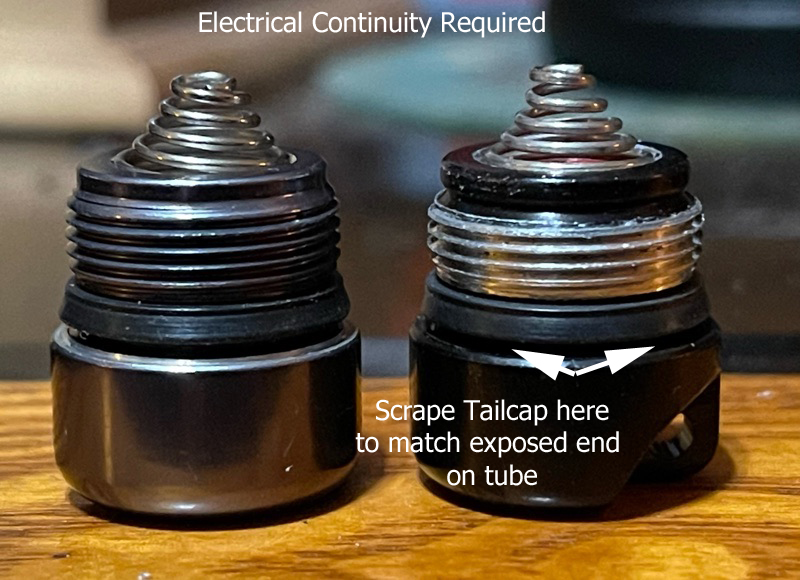 I removed all the anodization below the treads that makes contact. It still doesn’t work. Worth a shot but a head scratcher since there are no visible reasons why it wouldn’t work.

Maglite gave me a number to call for replacement parts so I will have to go that route. 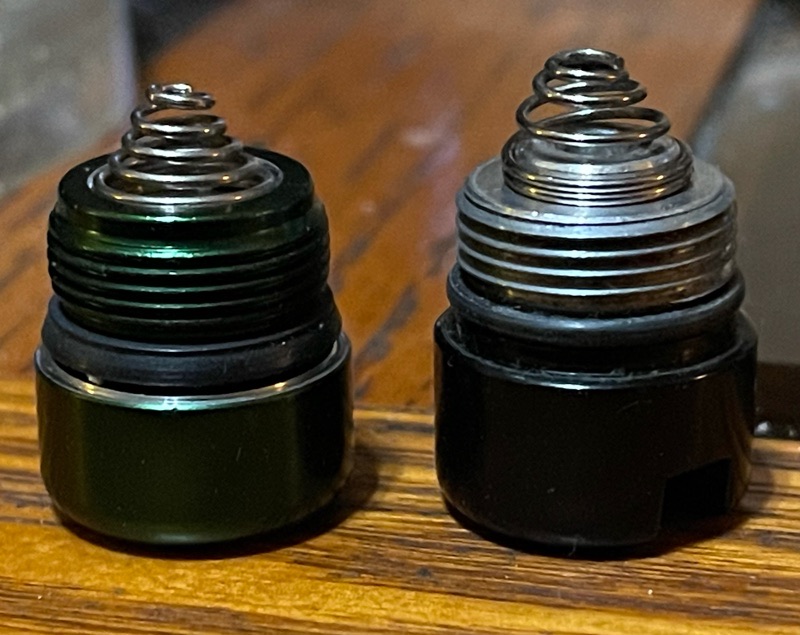 So the black tailcap is the same one from post #4. Right is from a 332 lumen version. Now strangely the black one (right) screws in and works on the 332 lumen light but……the green tailcap won't even thread more than a turn into the incan light.
I showed the green one to show where ano is missing thinking remove it from that area of yours megala and see if that works.

Thanks for the suggestion byk, that worked!

A minute on the belt sander was all it took. Glad I could make it work in the end.

J
Where can I find a Leef BigLeef Tailcap Switch?

Where can I find GID tailcaps...