Who besides me also likes warm white lights (3000k)?

Tried to like warm and NW tints, but at the end of the day I'm a fan of white and cool white tints.
J

5000-6000k is fine as long as more towards the yellow side than blue, 6500k depends really, throwers fine , close up or smaller lights not keen these days if any angry blue in there.

5000k is a safe temp for me, you know , not too warm or too cool type of safe. Still get accurate colour rendition to my eyes without the lighter colours looking tainted(where a warmer makes a white look cream kind of thing if makes sense). So not over fussy, just dont want any off tints thrown in there, greens, blues etc basically. I tend to go for a specific colour temp for a specific application.........
B

Its just so much more pleasing to me. I guess I am stuck on the incan look of yesteryear.

I hate cold blue beams . I know most want the brightest possible output but for me as I get older I love a nice warm soft beam

Yes i find the warmer side a lot easier on night time tired eyes Less strain to see stuff...............always welcomed.

Yep. Unrepentant, count me in.

I've found I like warm tints as well, even real warm tints into the 3000k range, still, practically the 4000k are a better neutral choice for brighter illumination but don't have that "warm" feeling .
J

I like 3000k in full darkness, 4500k when there is ambient light indoors, and if I need to use a light in sunlight 6000k looks brighter and whiter than the other two

here is an auto white balance iPhone photo. Note how orange the 3000k looks, because the phone has set its white balance to the highest color temp in the photo 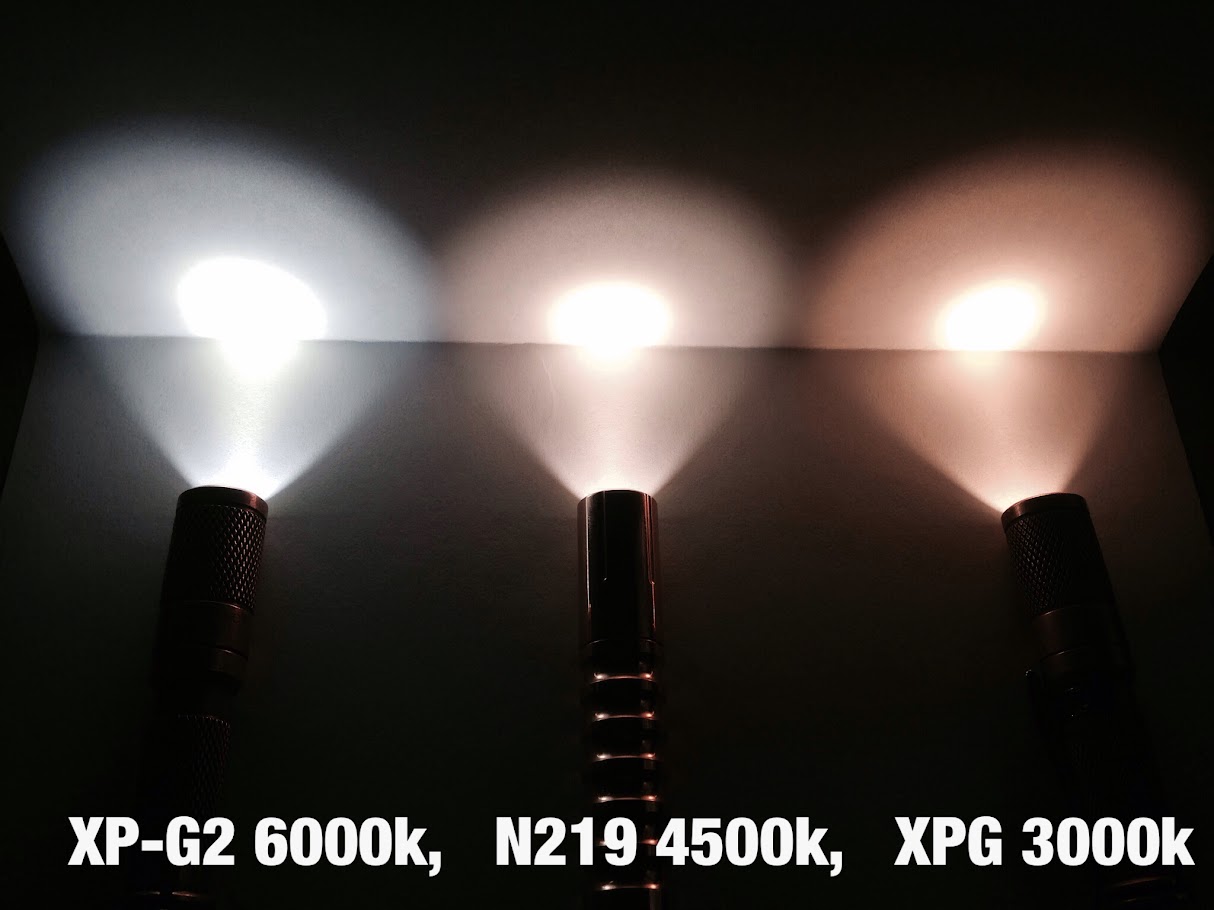 now look at this pic 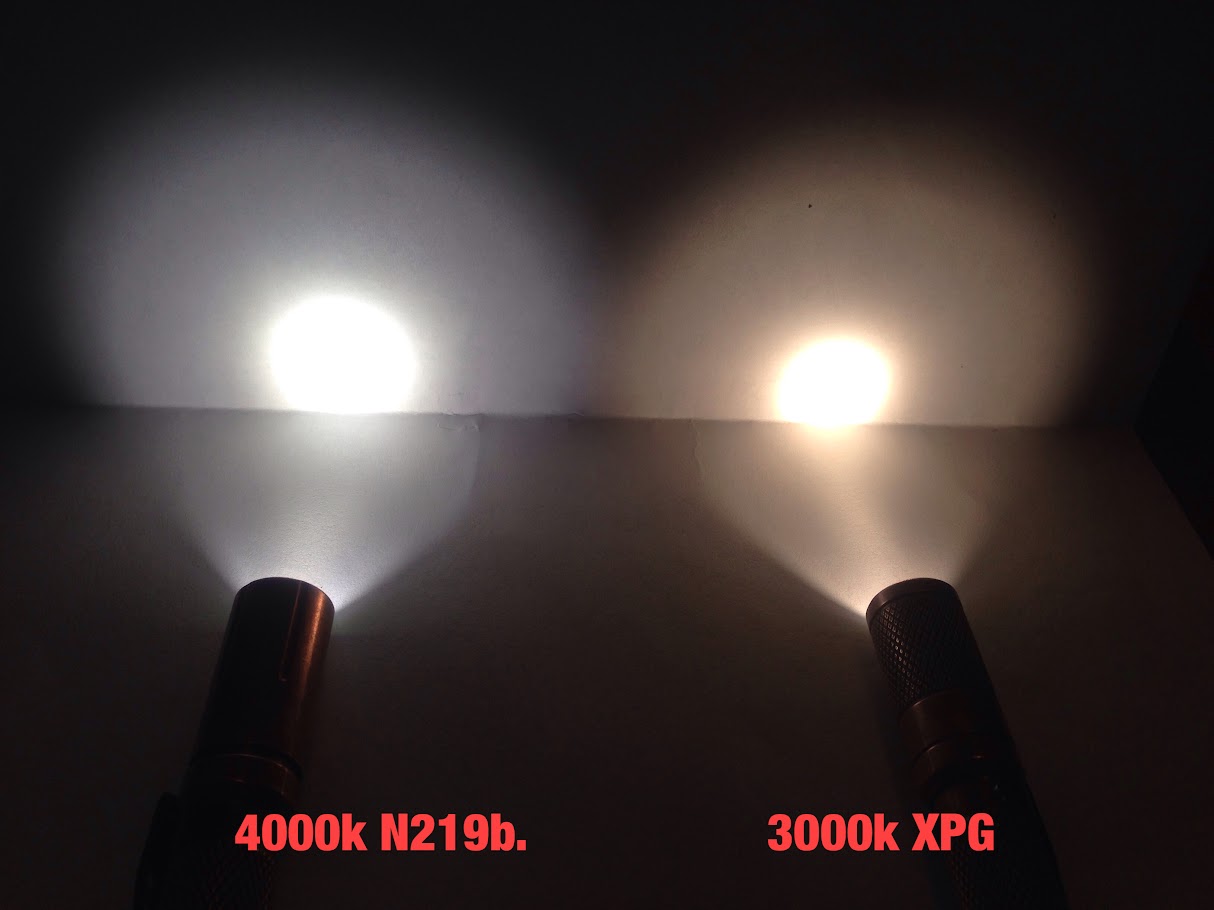 note how the Nichia now looks white, instead of Rosy, because the auto white balance was set to it

when people say things like, my 6000k light is Pure White, what I hear is that they are using the light at a time when their brain is adapted to 6000k ambient light 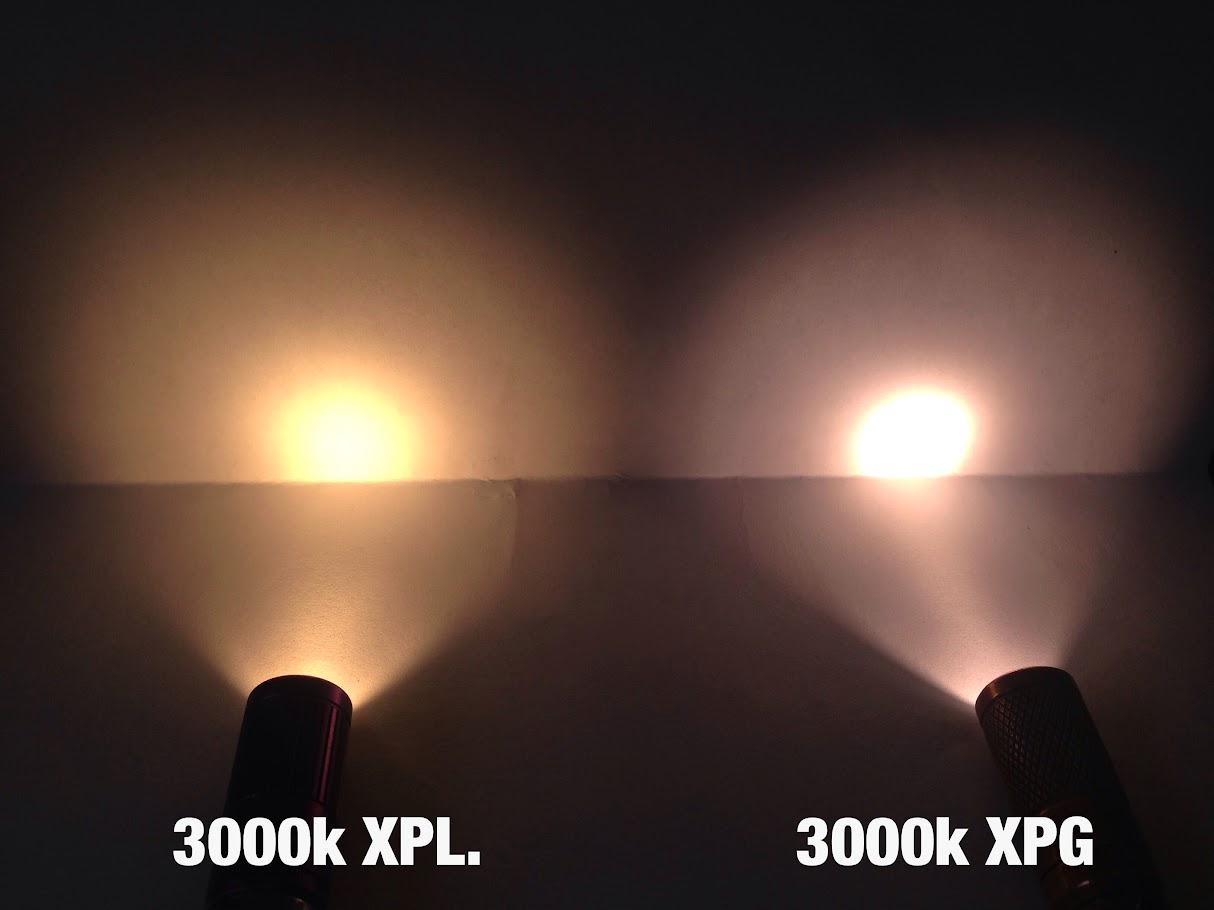 and two XPG LEDs of the same model and batch 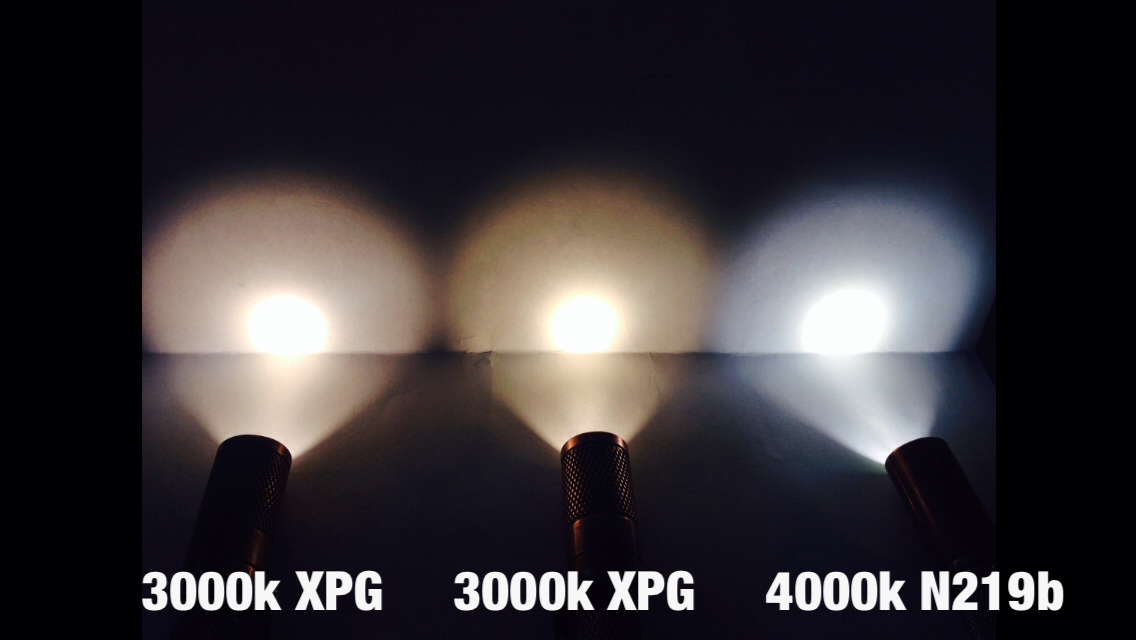 "The Thing" on a Bridge by stephenk1977, on Flickr

This...
Especially if it's the real thing.
J

One of the warmest Nichia lights currently offered seems to be the Nitecore TIP CRI. Im very tempted.. originally it was supposed to be a 3500k, then a more recent release was 3800k iirc

here is the 3500 beam and the cool white version 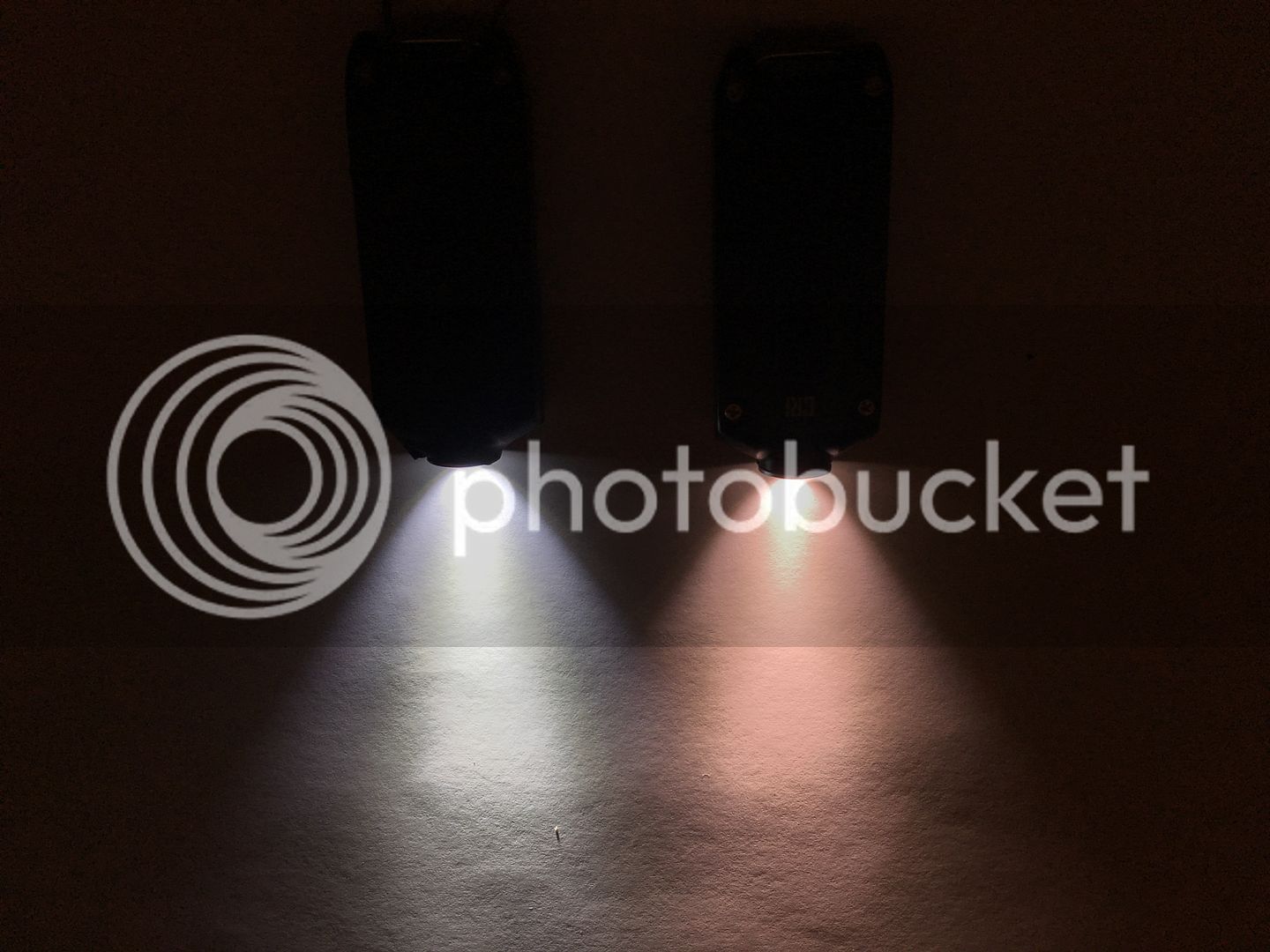 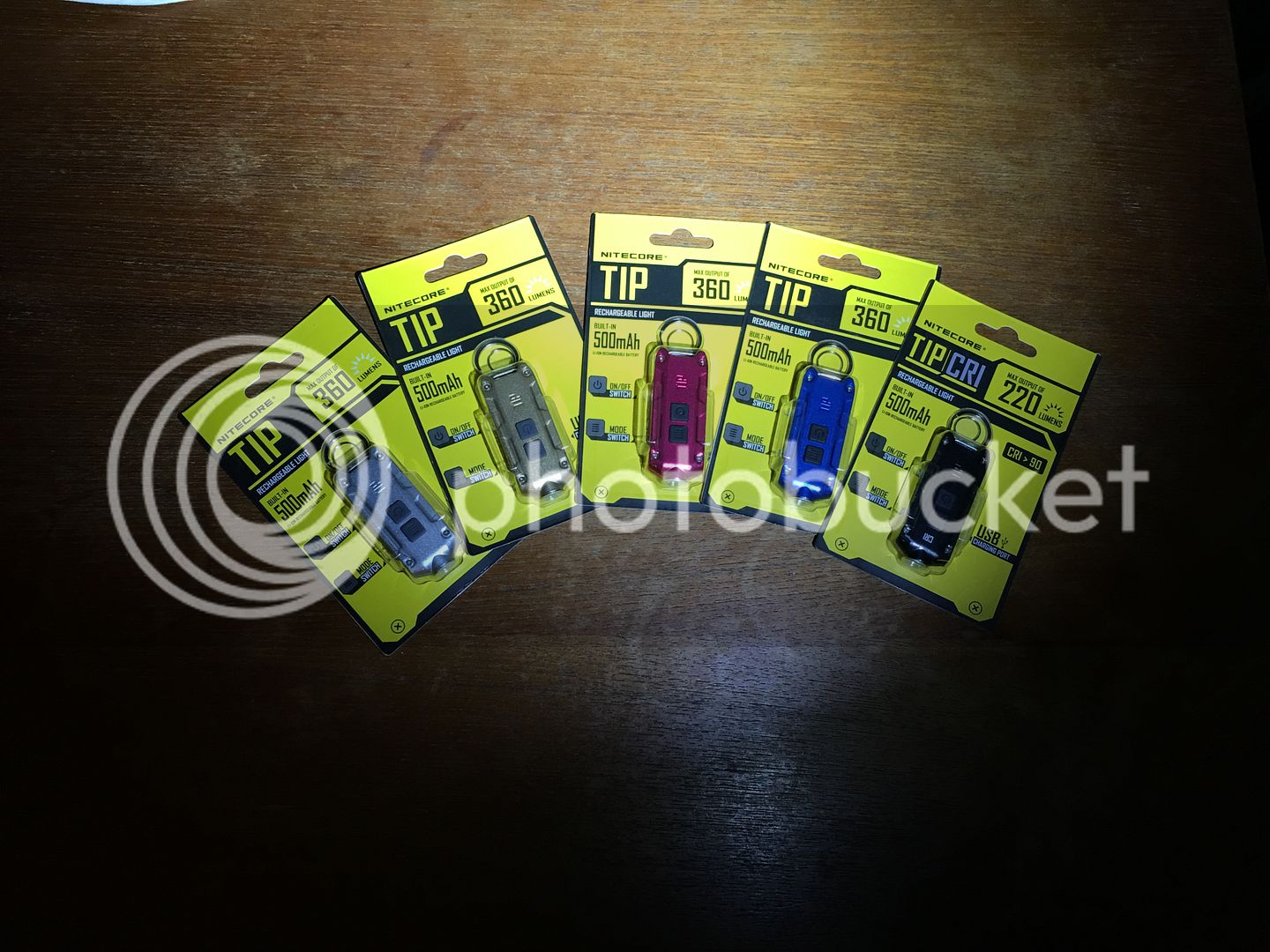 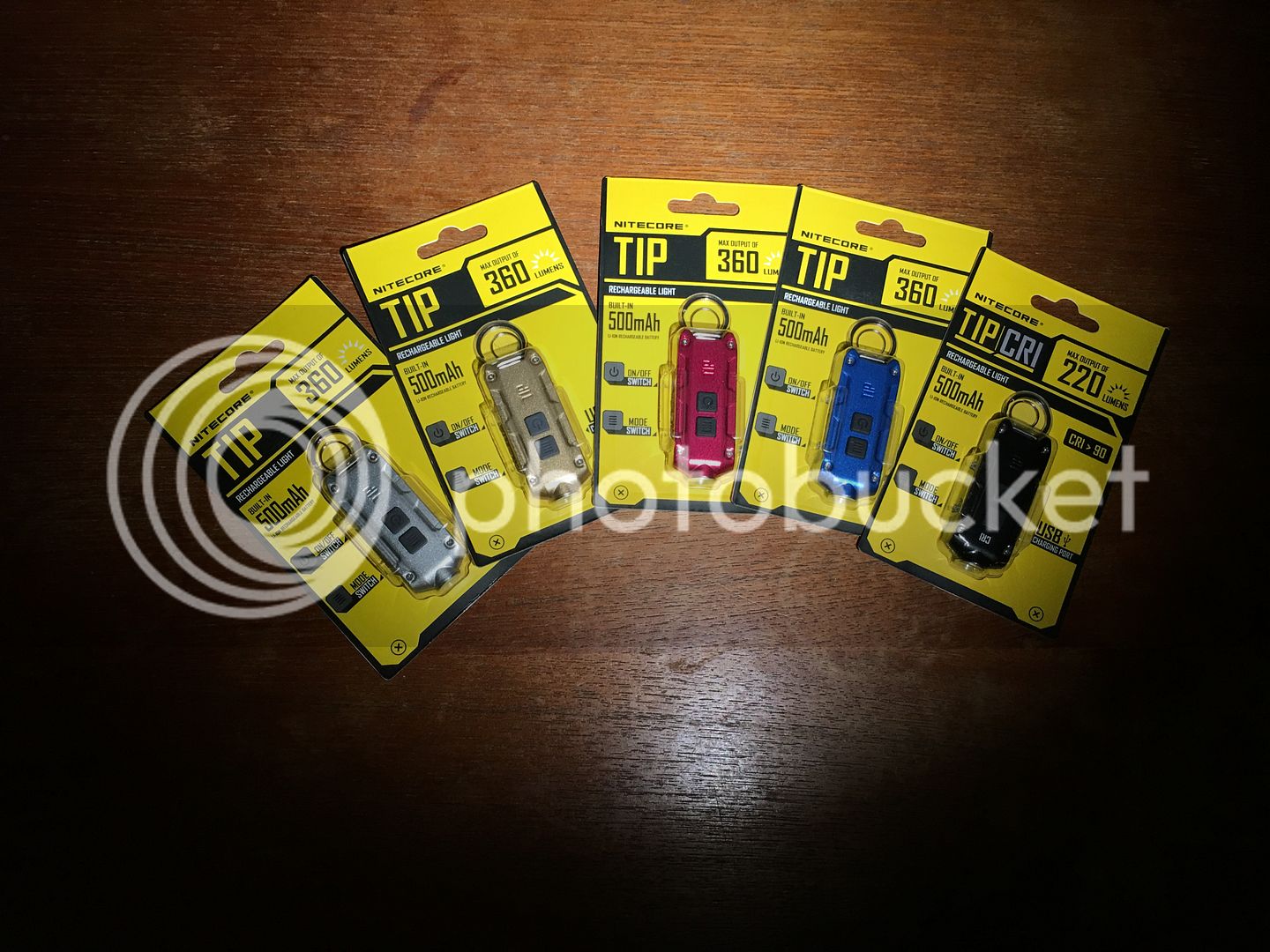 @stephenk ... amazing photo reminds me of John Carpenter's The Thing (EDIT - and now I just noticed your photo caption, lol)

First Thing I thought of too! One of my favorite movies as well! 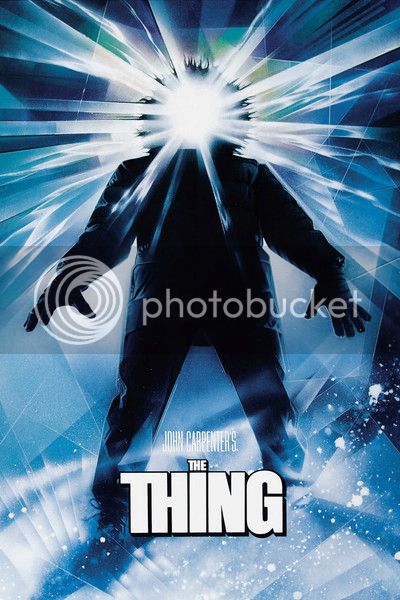 Cool white for a thrower,and warm tint for a smaller EDC light. Honestly I am not that fussy,most of my lights are cool white tint.

I have a warm r2 p60, stuck that thing in a c2 and love the bright warm white it puts out. 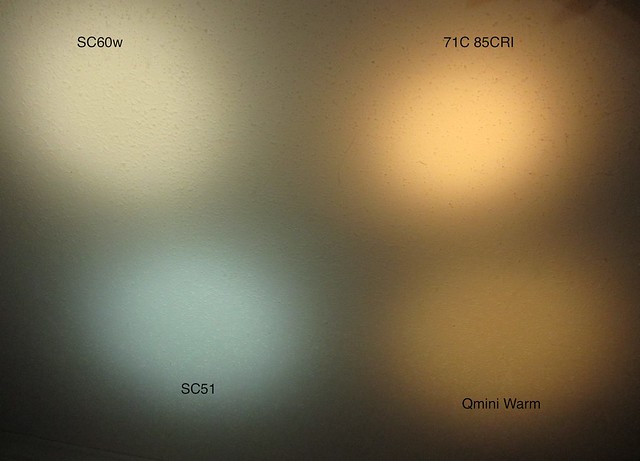 I think 71C (or 7C1?) is 3000K. It's the warmest I'd like, but I really love it. Not so much the really big Solarforce L2P (vs, say, my new ZL MkIII HI), but yes, it reminds me of the incandescent lamp color I like so much. I also make my own candles. Great CRI, and really warm tints. Lumen level is a bit sub-par for reading, especially after I passed 40, but great ambience. I am so sad I'll never get another 4Sevens warm tint, but consoled myself with a 4500k L10 nichia, and am waiting for a Jaxman E3 4000k.

Z
Anyone besides INOVA making lights with a warm tint?