Why do you EDC?

Habit, 30 years of carrying one on duty! Now I have a AAA on my keychain and the light on my phone on me at all times.

If I'm going out and there's a possibility that it's going to get dark then I'll have a 18650 sized light or bigger with me, this week it's been my Malkoff M61 MD2 with high/low in a Kytex vertical holster.

It's always good to be prepared.

The goat is always prepared too

I do carry a acme whistle around with me in the same leather pouch I keep my keys in. I only started doing that a few months ago tho. 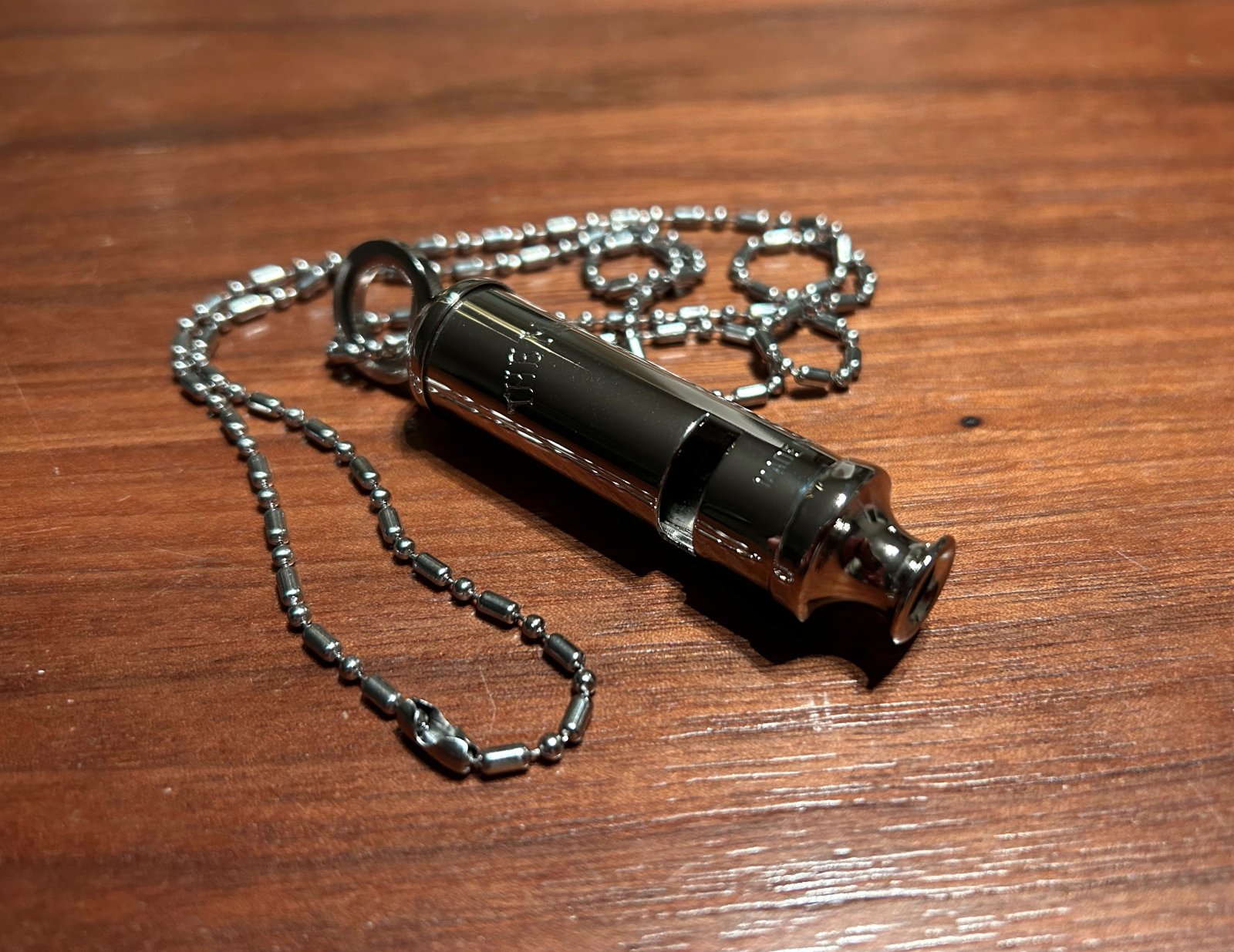 Olumin said:
I do carry a acme whistle around with me in the same leather pouch I keep my keys in. I only started doing that a few months ago tho.
View attachment 35887
Click to expand...

What made you carry one?

I originally got it for my mother who has two dogs, but it turned out she already had a whistle which she claimed the dogs had gotten used to. So since she doesn't use it, I started carrying it. Simple as that really. I just got this particular make because its a well proven design & has a very distinguished sound that's almost impossible to confuse with anything else.

I carried a k9 whistle.. Problem is, not only did my dogs come a running at dinner time, so did the coyotes. 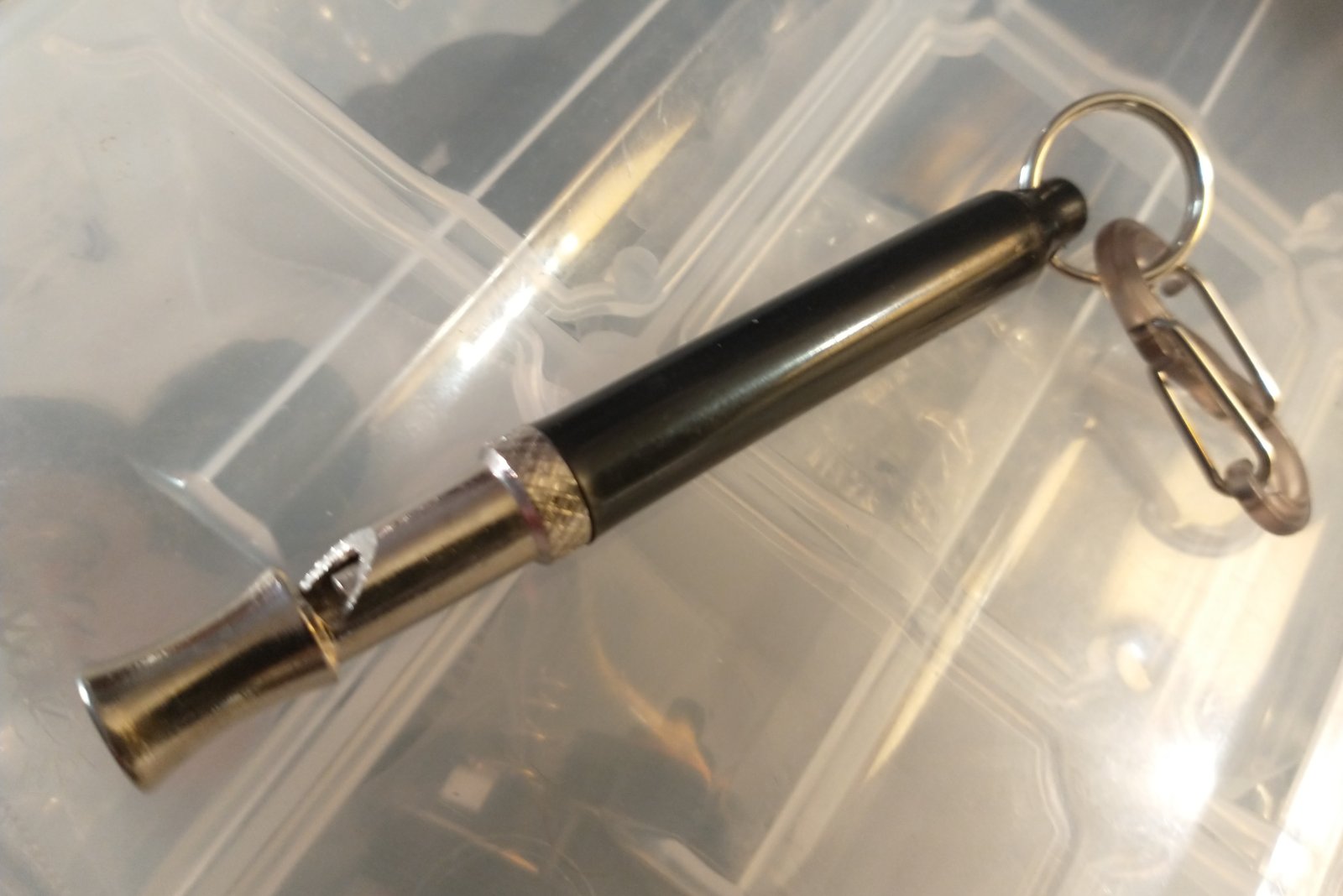 I EDC a SAK Recruit and a AAA flashlight all day, everyday. I use the knife fairly often, but the flashlight several times a day. I actually wore out 2 i3t's (Olight replaced both times) and am now using a Lumintop Tool AAA as I don't have to use the tail clicky, something that failed twice on the i3t.

I live in a 125 year old "dark" farm house, where electricity was only added as an afterthought, sometime after the house was built so lighting is at a premium. My night vision sucks, and I am tired of having to walk to the kitchen, or come in from the shed to get whatever flashlight is in the junk drawer and hope the batteries still work. So carrying a flashlight it is.

I also carry a modern folding knife but since I have a few, it sometimes changes throughout the day even though more often than not, it's a 940.

Here is the expected picture, boring as it is however, with the aforementioned i3t instead of the Tool AAA. 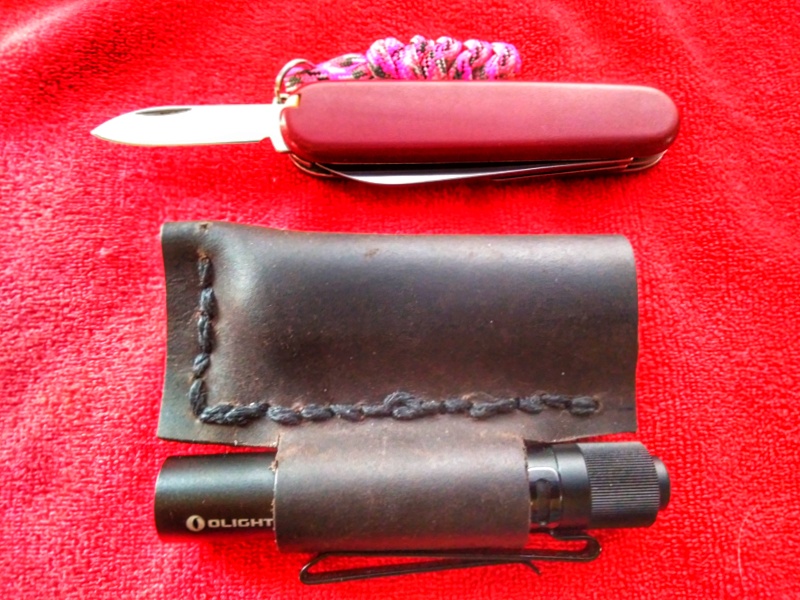 I have learned that I can not always depend on others. I EDC several items, but since this is a flashlight forum I will answer based on that. I carry two flashlights when I leave my house. I subscribe to the rule of 2=1 and 1=none. On more that one occasion I have needed my flashlight when power goes out or lighting in restaurant is too dim to see menu or to retrieve items dropped under the table.

Why?.... Just makes daily life easier on me.
And, I can handle small emergencies if they come up.
T

I EDC because I read the 911 report and realised that, yes, I had to take responsibility for my and my family's safety. I have personally been caught out in a dark place (it was daytime) but because I edc, nothing bad happened. In that case I was in a men's room when the timer light went out. The consequence of no light might have only been wet pants but the principle still applies.

I also edc because in the UK, weapons are a no no, and there are predators out there. Nowadays we can't even use harsh language. Where we live there are no street lights so I need to be able to see clearly the limits of my property if I come home in the dark. I find that 1000 lumens does just fine. My teenage daughter once found a strange man on our property, and people have been attacked within hundreds of feet from us. I once heard a woman screaming at night and was able to quickly tell that it was just kids messing about (1000 lumens again).

H
Why do you still want a fixed body light, and not light pod ?
2

R
Why do some batteries charge more slowly than expected?

Jan 16, 2023
Robert Crayton
R
P
Why do the contacts on batteries need cleaning every so often?

T
Anyone Know Why?