why so much hate towards electric cars?

A detail that I don't remember reading about in this thread is the weight of EV. The Tesla S models are around 4,500 pounds. X models are over 5,000 pounds. The Ford Lightning weighs in at a whopping 6,500 pounds. As more and more long-range EVs are added to our roads and highways, it's going to become obvious that having one of them T-Bone you is not friendly to your personal environment.

Batteries are heavy, when it comes to EVs. But you're right. No one talks about weight since EV engines usually give very impressive performance numbers, even with the increased weight.

I saw some Tesla testing videos at fakebook where they'd try to get the car to roll over. They'd slide it sideways in dirt and stop it at a curb. Most cars roll over at low rates of speed. The Teslas did not roll over until a high rate of speed and when it did it would land roof up.
It was impressive. They stated it was due to the batteries being at the bottom of the car and how that lower center of gravity made them very good at not rolling over.

At a car forum I lurk at the hate for Teslas is awful. Some of the comments are really wild. "I'd roller skate to work before I'd ride in one of those" and stuff like thst.

Had a conversation with a neighbor. He's excited to move out soon into a new house. Told me first thing he was going to do was buy a new car. Apparently he had needed one for just over a year. But with the insane prices for cars, especially on the Used market, I thought he was waiting until the bubble burst. Nope! Turns out he's not very open-minded. To put it mildly.

He loves EVs and wants one of his own. He hopes the world embraces EVs very soon. One reason is due to the fact that he's been to Dubai. He was disgusted with the decadence he saw there. And apparently during his time there for work purposes, developed very unfavorable feelings towards the insanely wealthy individuals who inhabit Dubai. Yeah.... Turns out he wants to see oil prices plummet to practically nothing, in the hopes that Dubai goes bankrupt.

He knows I'm into cars, but doesn't know I'm not the biggest fan of EVs. He asked me for recommendations. I've done some research into the more somewhat affordable EVs out there. I know there's an incentive on 2023 Chevy Bolt models that the 2022 versions don't enjoy. And the KIA Niro is a good-looking EV. I gave him those suggestions and ended the conversation after that. I think I'll avoid him for the next several days until he's moved out.

But, there you go. Found someone who loves them. Just not for the best of reasons. 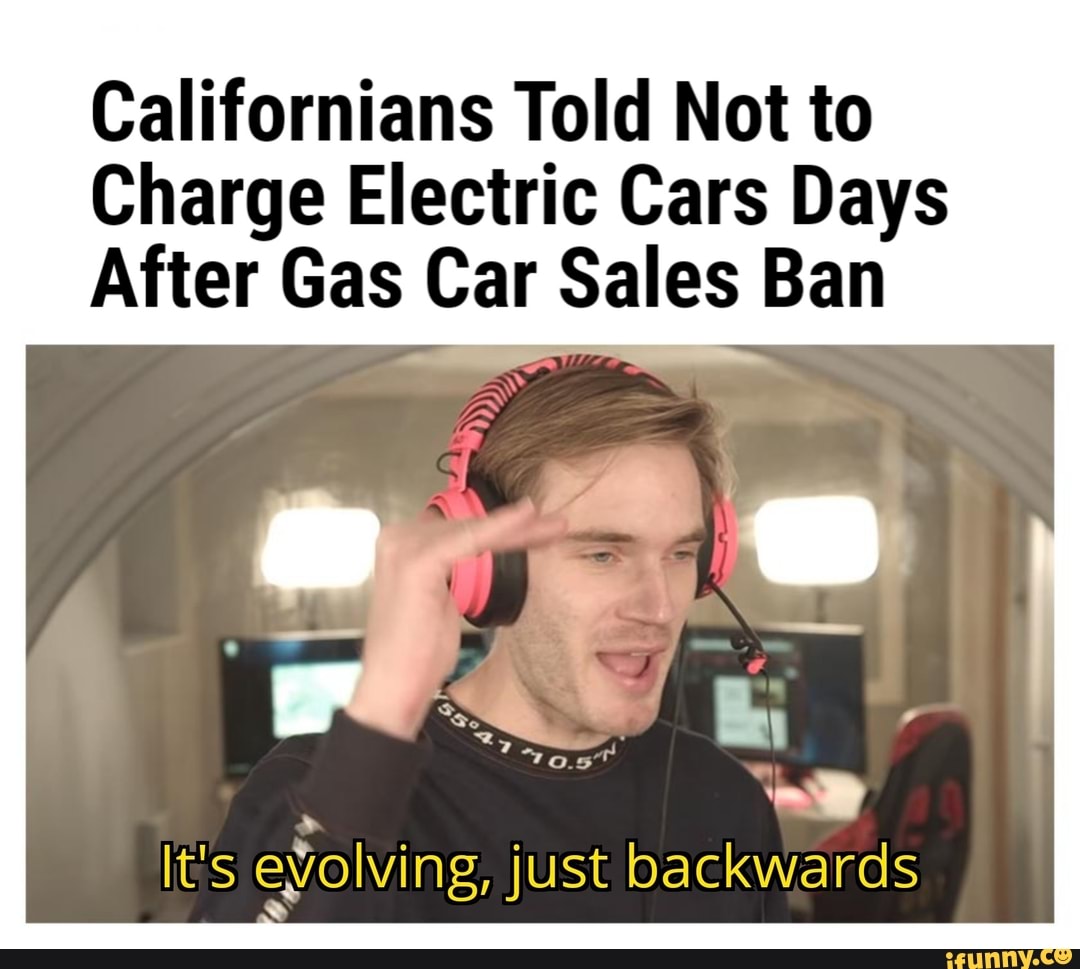 The hate is not for the EVs. It's for the rich, virtue-signaling, hypocrites that are trying to foist EVs upon the rest of us. 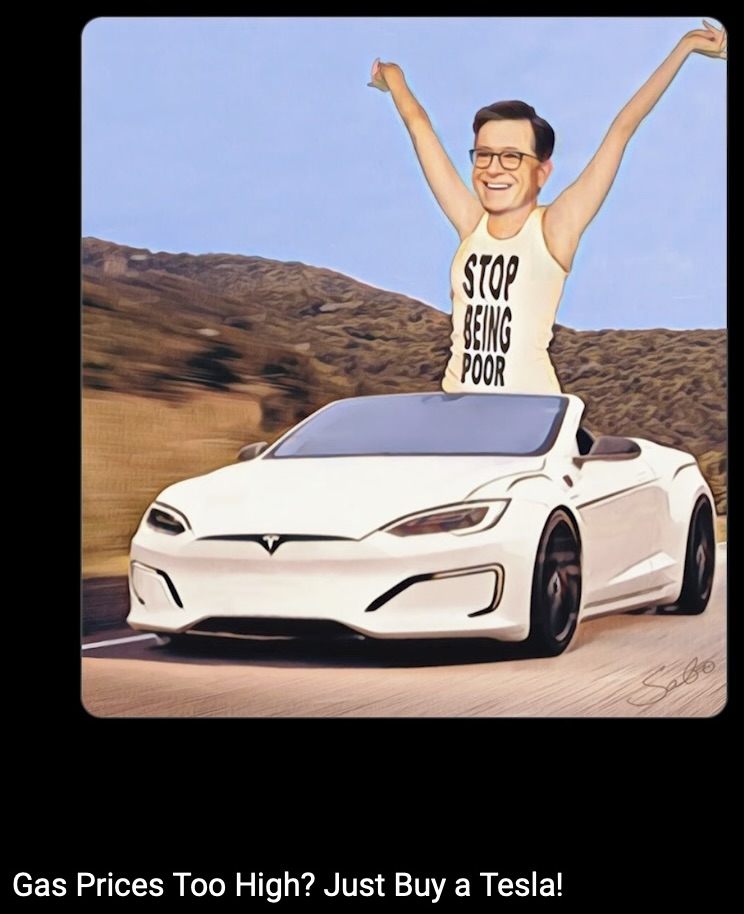 Monocrom said:
He loves EVs and wants one of his own. He hopes the world embraces EVs very soon. One reason is due to the fact that he's been to Dubai. He was disgusted with the decadence he saw there. And apparently during his time there for work purposes, developed very unfavorable feelings towards the insanely wealthy individuals who inhabit Dubai. Yeah.... Turns out he wants to see oil prices plummet to practically nothing, in the hopes that Dubai goes bankrupt.
Click to expand...

A lot of people want to get an EV to stick it to the oil companies that have been gouging them for decades. The higher prices are the only reason they haven't bought one yet. When we start getting sub-$30K, and especially sub $20K, EVs, your friend will get his wish. It's only a matter of a few years tops. I'm hearing 2024 for price parity between ICEs and EVs. Not long after, EVs should cost less than an equivalent ICE, even without government subsidies. In fact, you can get rid of the incentives when that happens.

Monocrom said:
But, there you go. Found someone who loves them. Just not for the best of reasons.
Click to expand...

A better reason to like them is because lots of them running in a city won't stink up the air like ICEs do. Now that it's cooler I can keep the windows open for fresh air. A number of times over the last two weeks I've had to close them when the air coming in started to stink. This was mostly around the evening rush hour, or when the neighbor's gardeners come by. And then there's the noise, especially from diesels. I want EVs to take over yesterday for that reason. Sticking it to places like Dubai, Saudia Arabia, Venezuela, Russia, etc. would just be the icing on the cake. They'll have start acting like civilized players so they can base their economy on tourism or other goods/services, instead of oil.

We should have started the process getting off oil after the OPEC embargo in the 1970s. We would have been done by the 90s at the latest.
J

bykfixer said:
At a car forum I lurk at the hate for Teslas is awful. Some of the comments are really wild. "I'd roller skate to work before I'd ride in one of those" and stuff like thst.
Click to expand...

I can understand some of the hate for Teslas given the arrogant prick who's running the company.

why so much hate towards electric cars?
Click to expand...

I don't hate the idea.

But I well and truly despise forcible change, before a "solution" is fully considered. At the moment, at least from what I can tell, there are far too many unanswered questions.

On the plus side, clearly there are certain performance gains and emissions improvements that get hard to equal in a combustion-engine platform.

On the minus side, I suspect that wholesale change-over, at scale, to electric is going to result in much greater difficulties for economies than we suspect. At smaller proportions of whole grids, the change has been shown to be workable. Has yet to be done at scale, though. In the U.S., I strongly suspect that the grid simply won't tolerate an expansion of electrical draw that wholesale change-over to electric will require. Just from the standpoint of the customer, these things are, by and large, significantly more expensive than basic, effective combustion-powered alternatives; likely won't always be the case, but it is now. Nice thought, to think disallowing availability of something equates to people being able to afford to jump to something else because told to do so. (Home finances don't work that way, for the great majority of people.)

On the minus side, as well, current battery tech is heavily reliant on "rare earths" and other raw materials. I've yet to see it explained how such vast quantities of these items will be obtained in order to create the number of batteries to be required. Much of Europe's beholden to Russia, for example, for fossil/gas fuels ... and we see how such over-done reliance can bite entire economies right in the backside. (Anyone imagining China would be any different, if cornering the planet's rare-earths supplies, is living in a fog.)

It's all well and good to have a grid, have the ability to plug-in anywhere, have the ability to charge a lower cost during "off" hours. But I've yet to see it explained what the impact will be in terms of the grid and financially, when the "off" hours likely disappear and both night and day the grid's challenged. (Many areas simply aren't blessed with nuclear, hydro, or sufficient solar or wind to drive those options at scale.)

Figure those things out, and PLAN it out, then discussion can be intelligently had regarding when and how to push for that as a solution. Until then, until fully understood, IMO, it's a fine localized idea, and a fine alternative for some applications, but it's hard to believe it's "the" solution until it's shown it'll work.

That said, it's a change that is likely coming. And I'm all for it. IF it can be shown as a whole solution, at scale. To my knowledge, it hasn't been. Until then, I remain skeptical about the non-specified details.

Until then, forcible dictates amount to the worst sort of social profligacy.
J

The raw materials issue is mostly going to be a non-issue as the EV industry seems to be heading towards LiFePO4 batteries. Already more the half of Teslas are using them (props to Musk for that). That means all we need is lithium, not cobalt or nickel. The US has plenty of iron and phosphorus. And it can potentially can source all the lithium it needs domestically. We can also get lithium from seawater. The lithium problem would be a lot more tractable if we started moving to more aerodynamic vehicles with smaller frontal areas. You get 2 to 5 times more range that way from any given size battery.

Also important to remember is that getting enough lithium is a one-off proposition. Once everything is EVs, you'll just keep recycling the lithium, as we do with lead in lead-acid batteries, instead of needing to continue mining vast quantities.

Rooftop solar can help a lot with the potential grid issues. The problem isn't that we're not making enough electricity to go all EV, but rather that the grid currently isn't sending it where it's needed. I mentioned in an earlier post that it takes about 6 kW-hr to make a gallon of gasoline. You also get roughly 5 or 6 kW-hr at the wheels when you burn that gasoline in an ICE. In theory then going all EV should be grid neutral. The problem however is the electricity to make gasoline obviously is delivered to refineries. No way to evenly distribute that energy to the entire country. Rooftop solar on the other hand not only adds generating capacity, but also puts it exactly where it's needed.
J

Oops. Sorry about that.

Chauncey Gardiner said:
The hate is not for the EVs. It's for the rich, virtue-signaling, hypocrites that are trying to foist EVs upon the rest of us.

More examples of clueless advice rich people give the poor or middle class:

I don't care for straight roads, and: battweight>>gasweight

I don't care for straight roads, and: battweight>>gasweight
Click to expand... 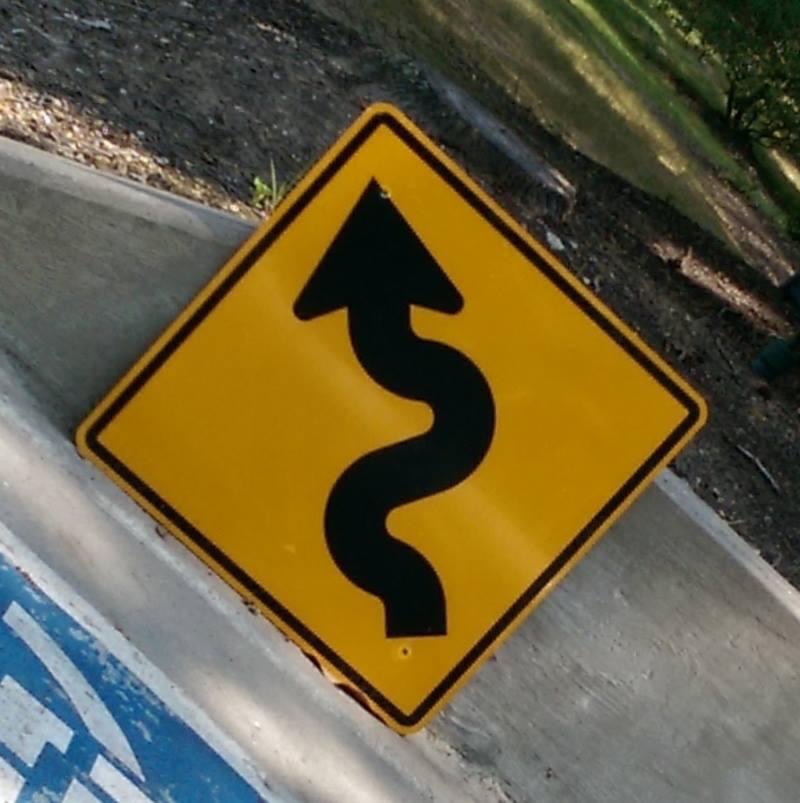 X
Why do US stores hate Canada so much?

I
cars arent airtite: why so hot under sun
2