NEW! Fenix PD36R Pro 2800 Lumen Flashlight
​
Designed for tactical and professional applications, the Fenix PD36R PRO Tactical Flashlight has an assortment of different features, including a detachable tail cap allowing use of a tactical pressure switch. 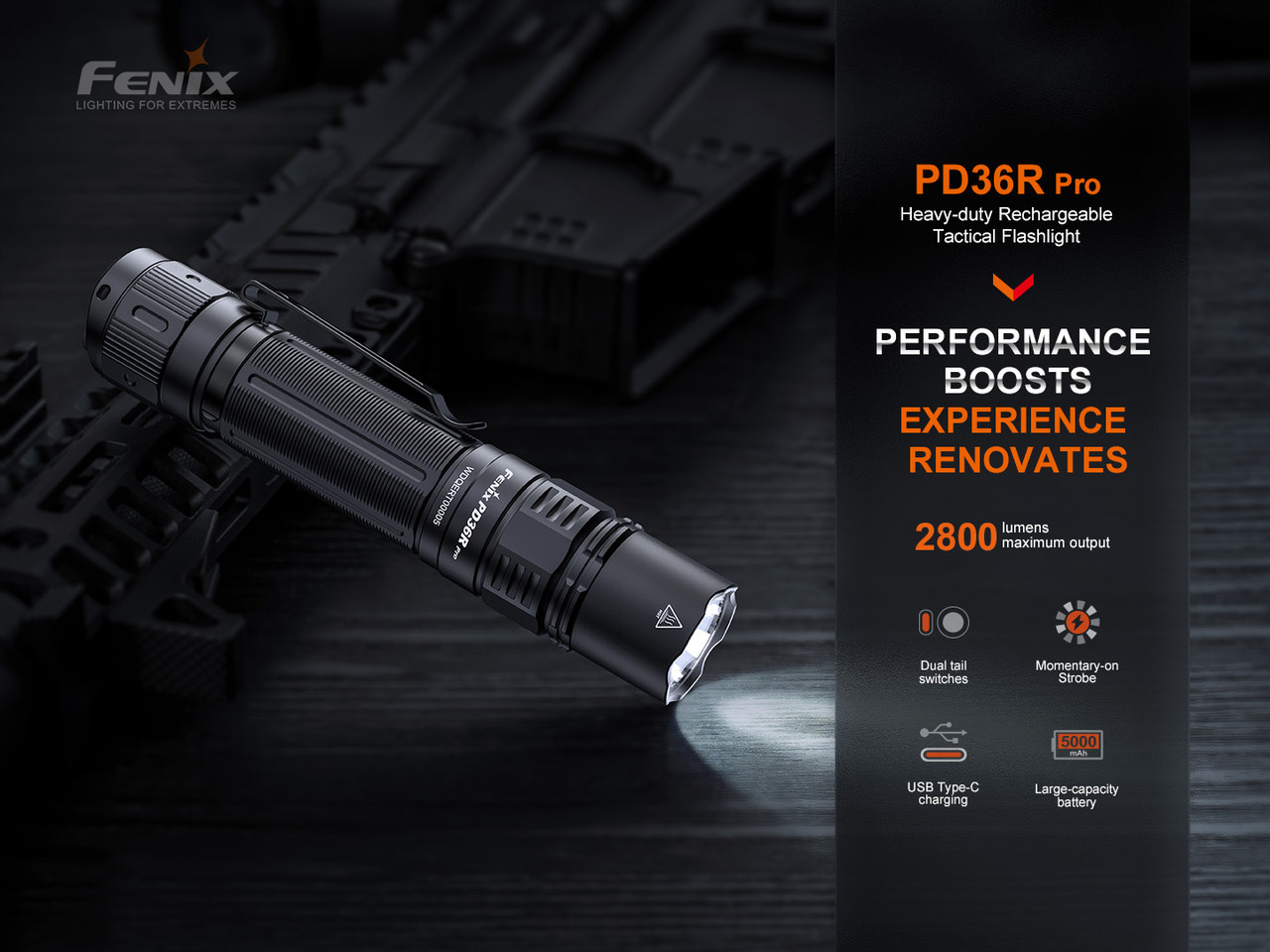 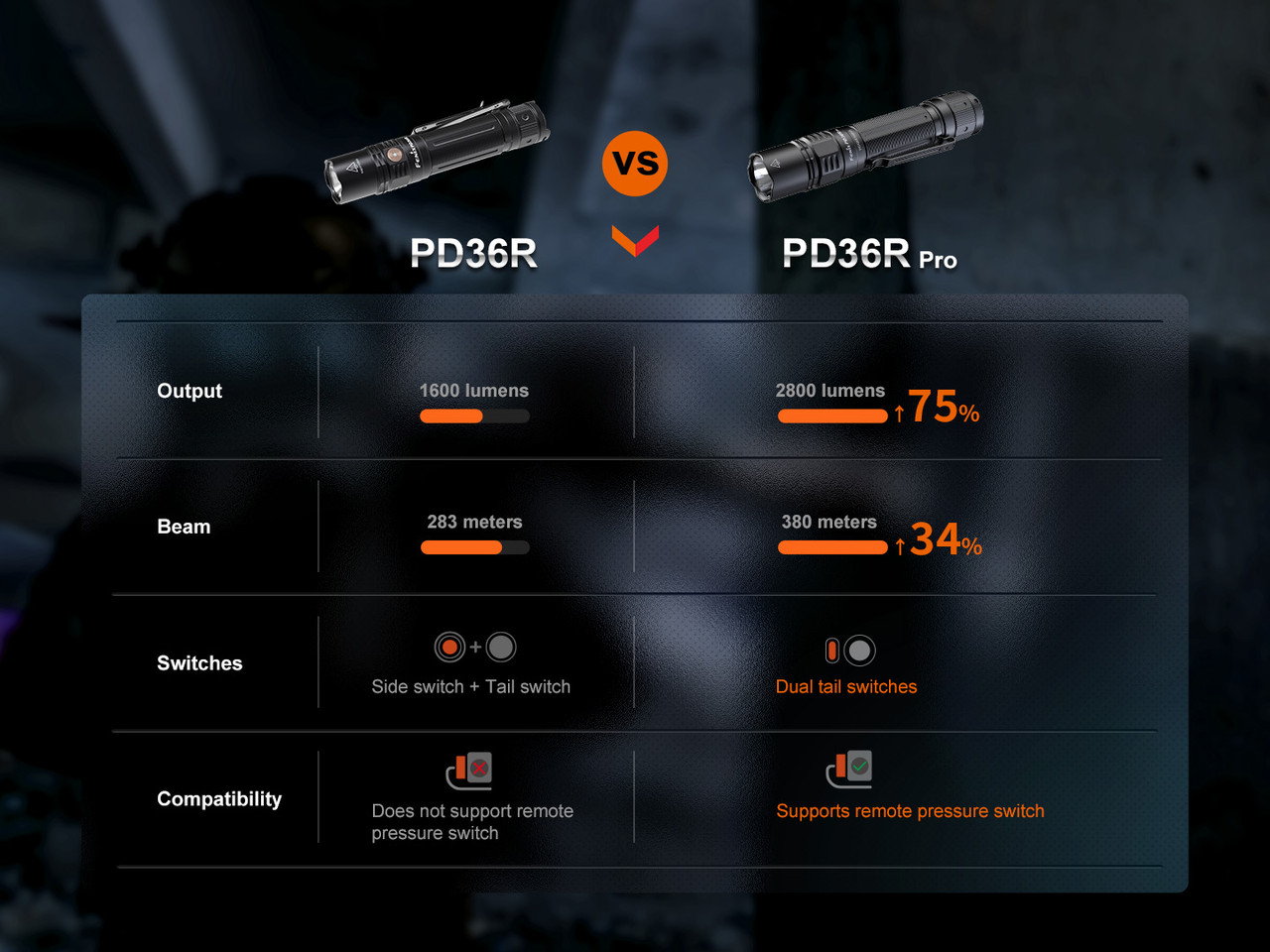 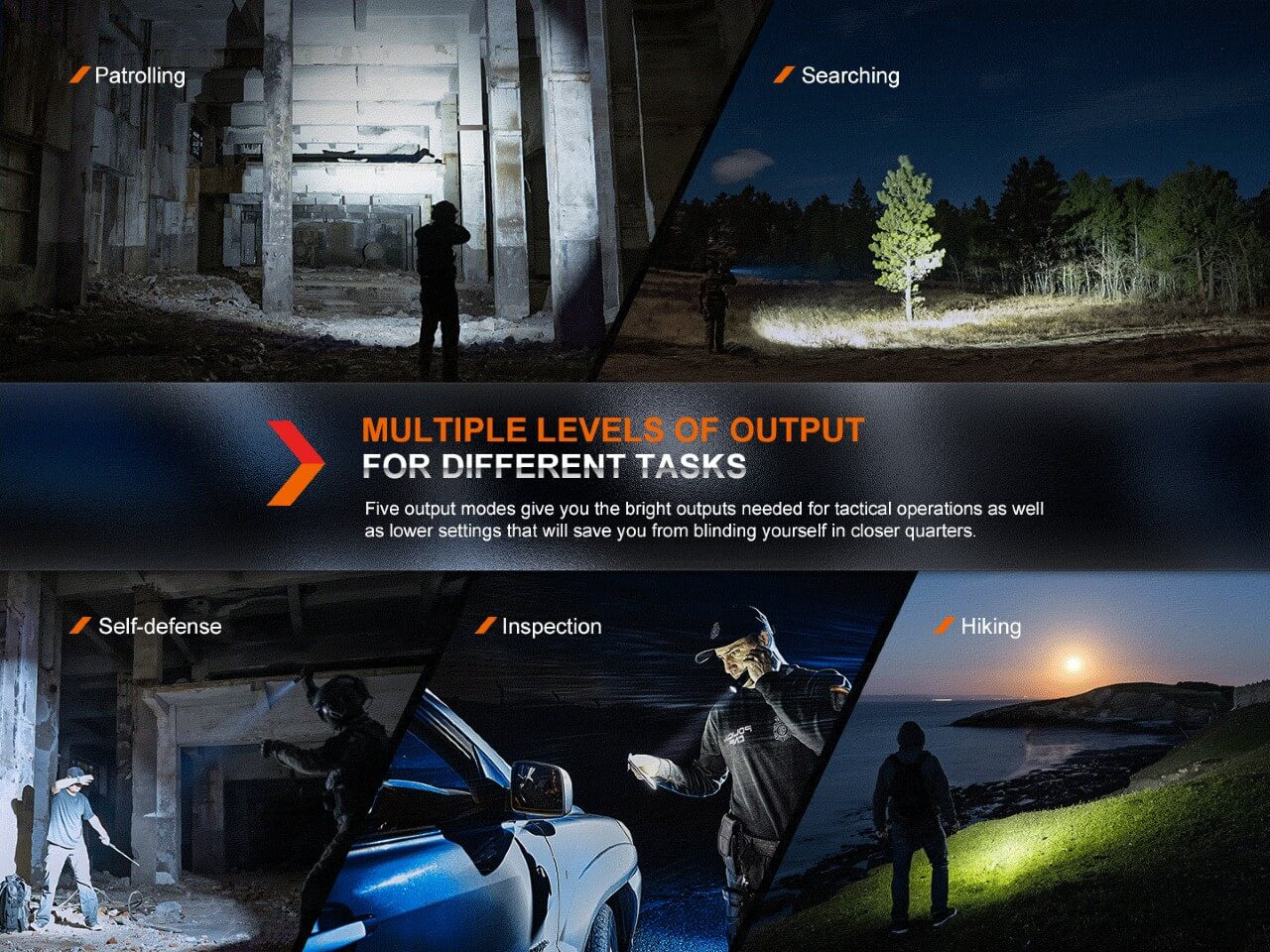 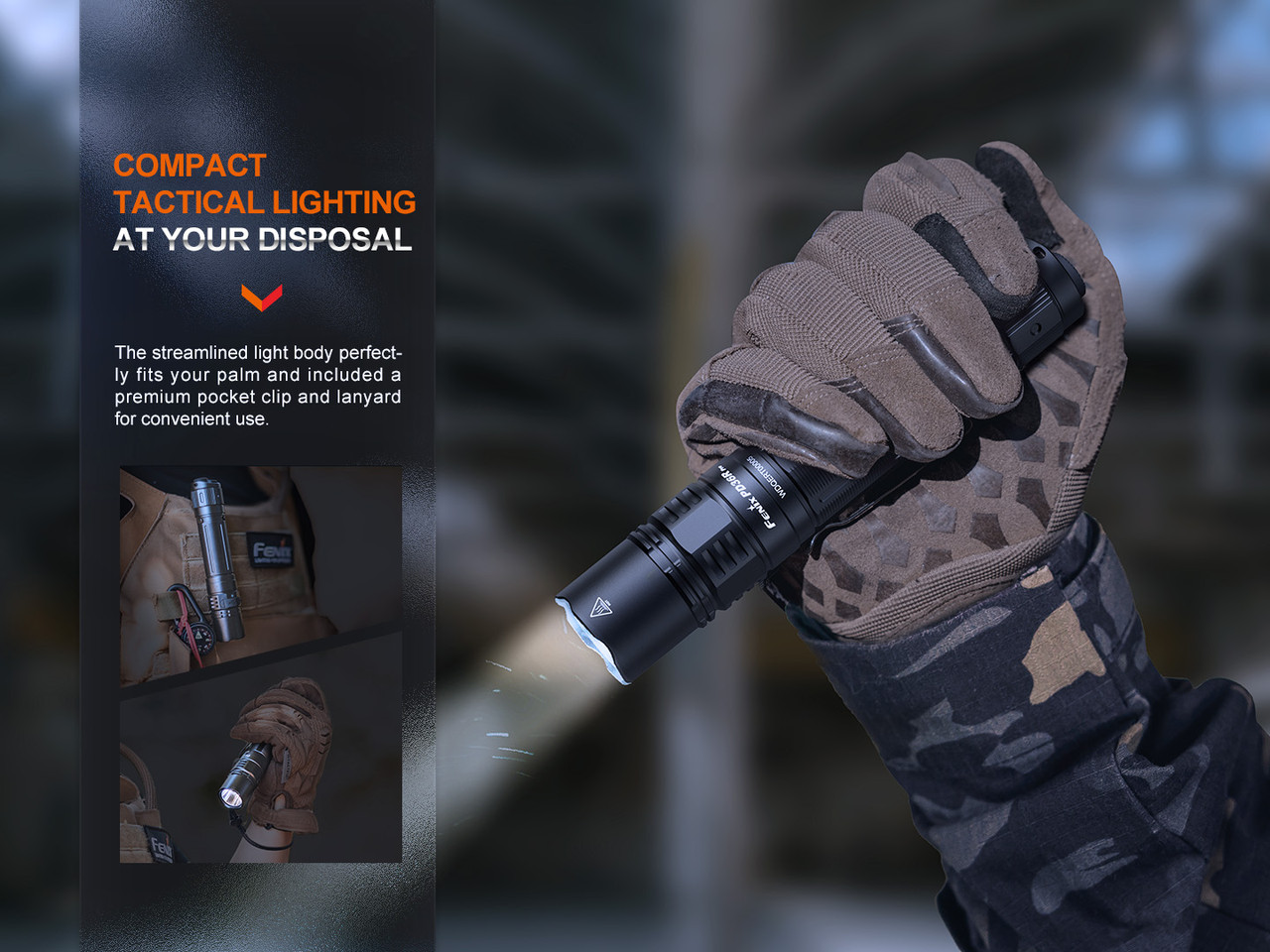 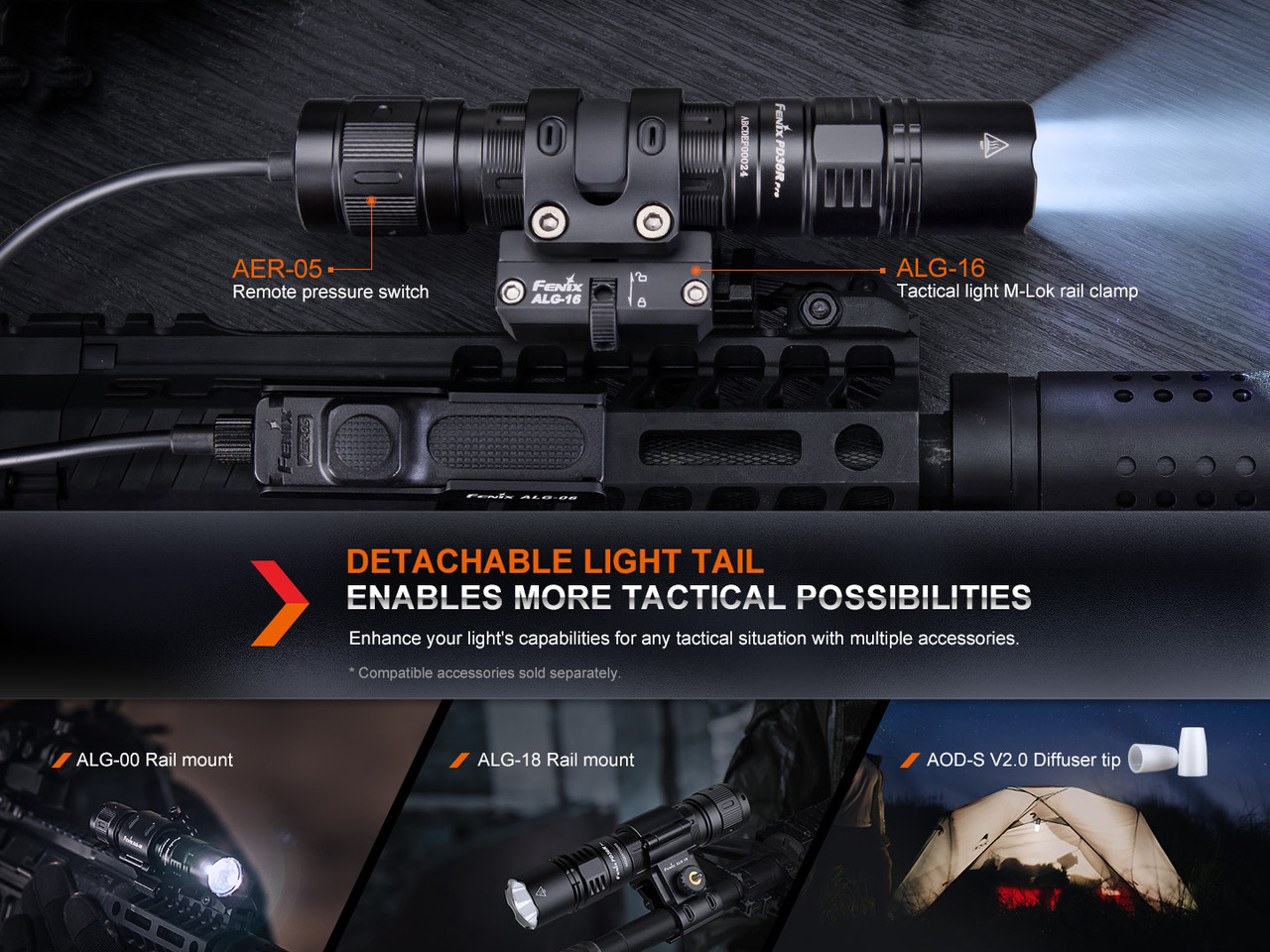 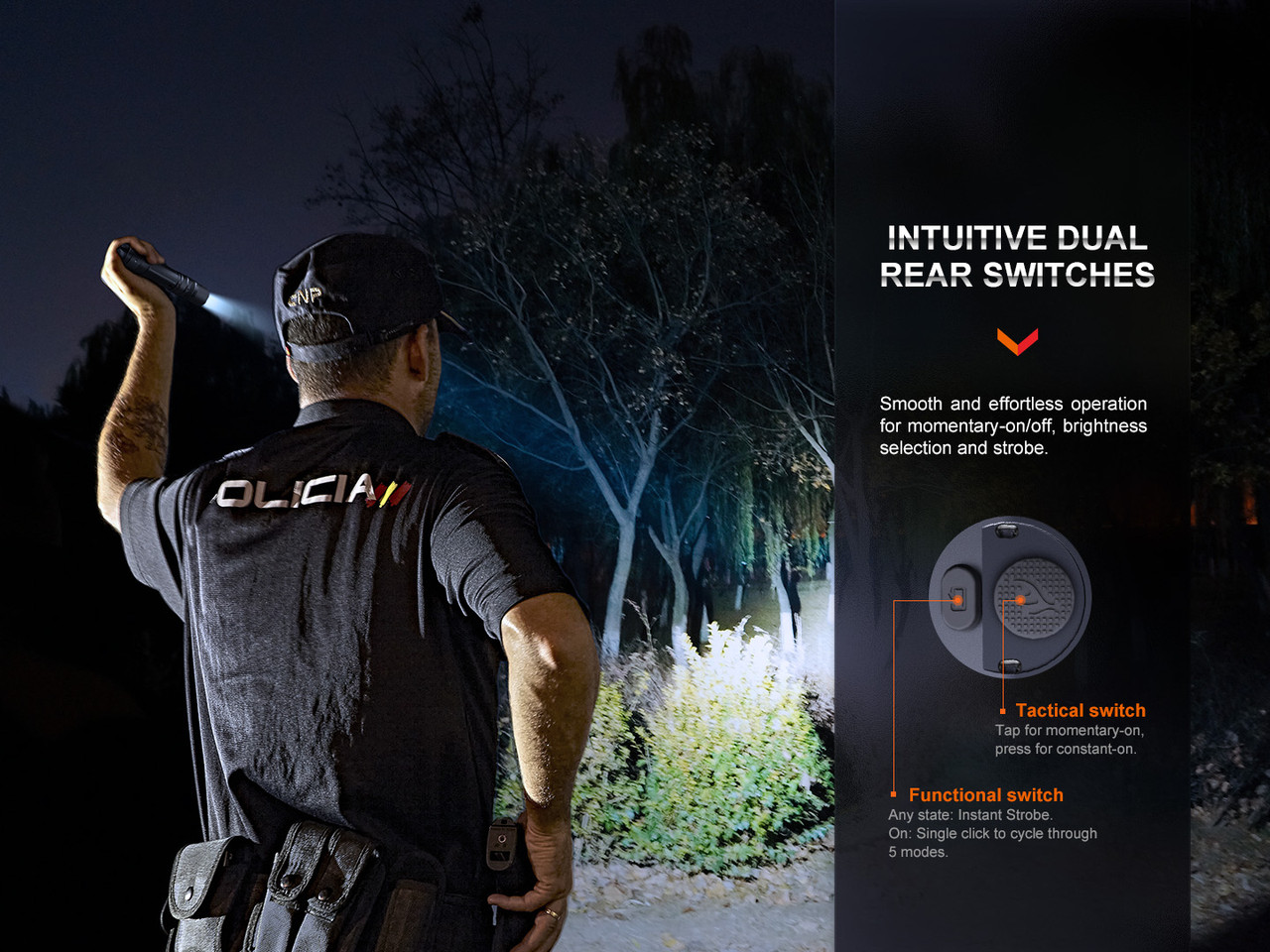 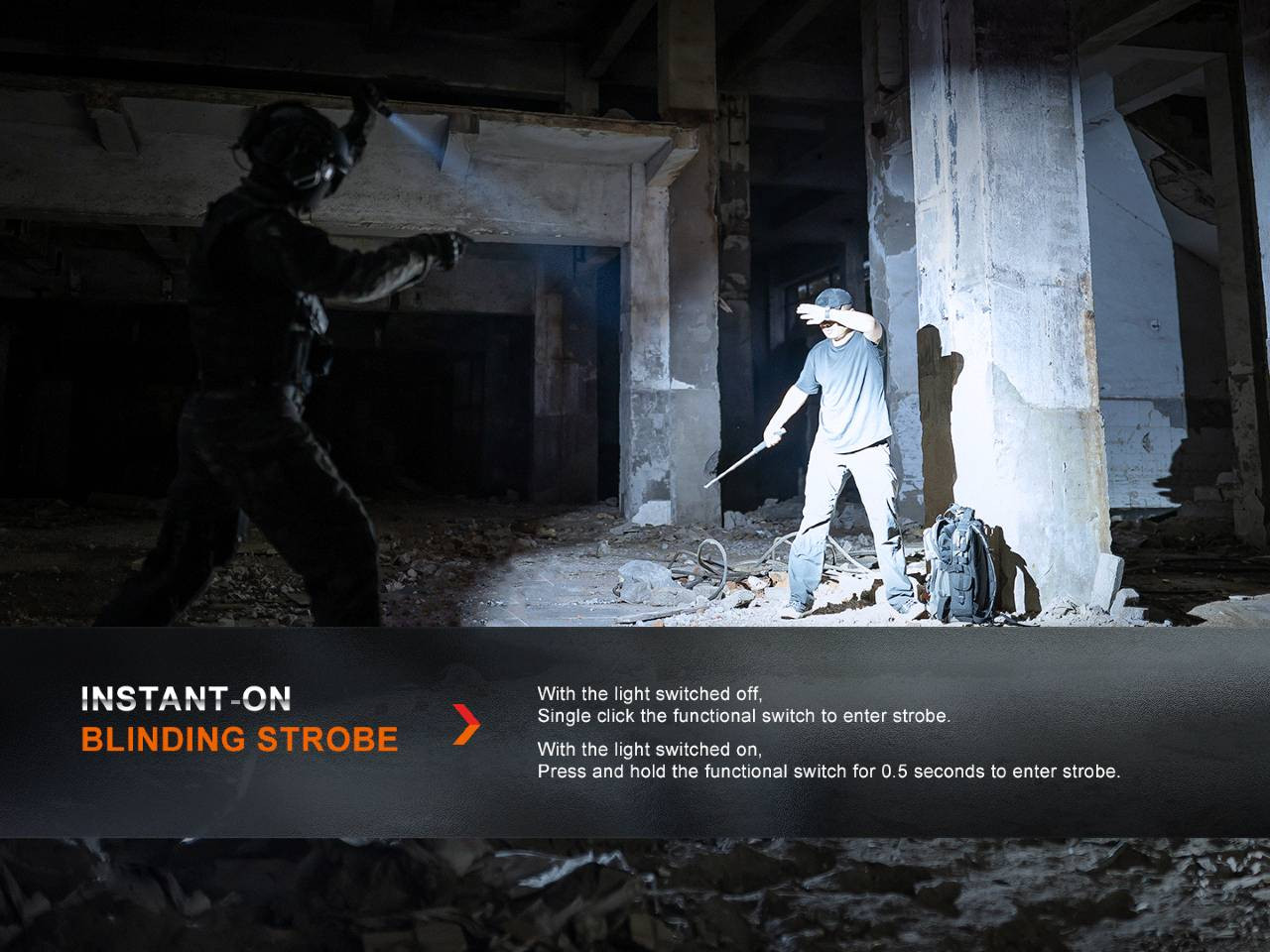 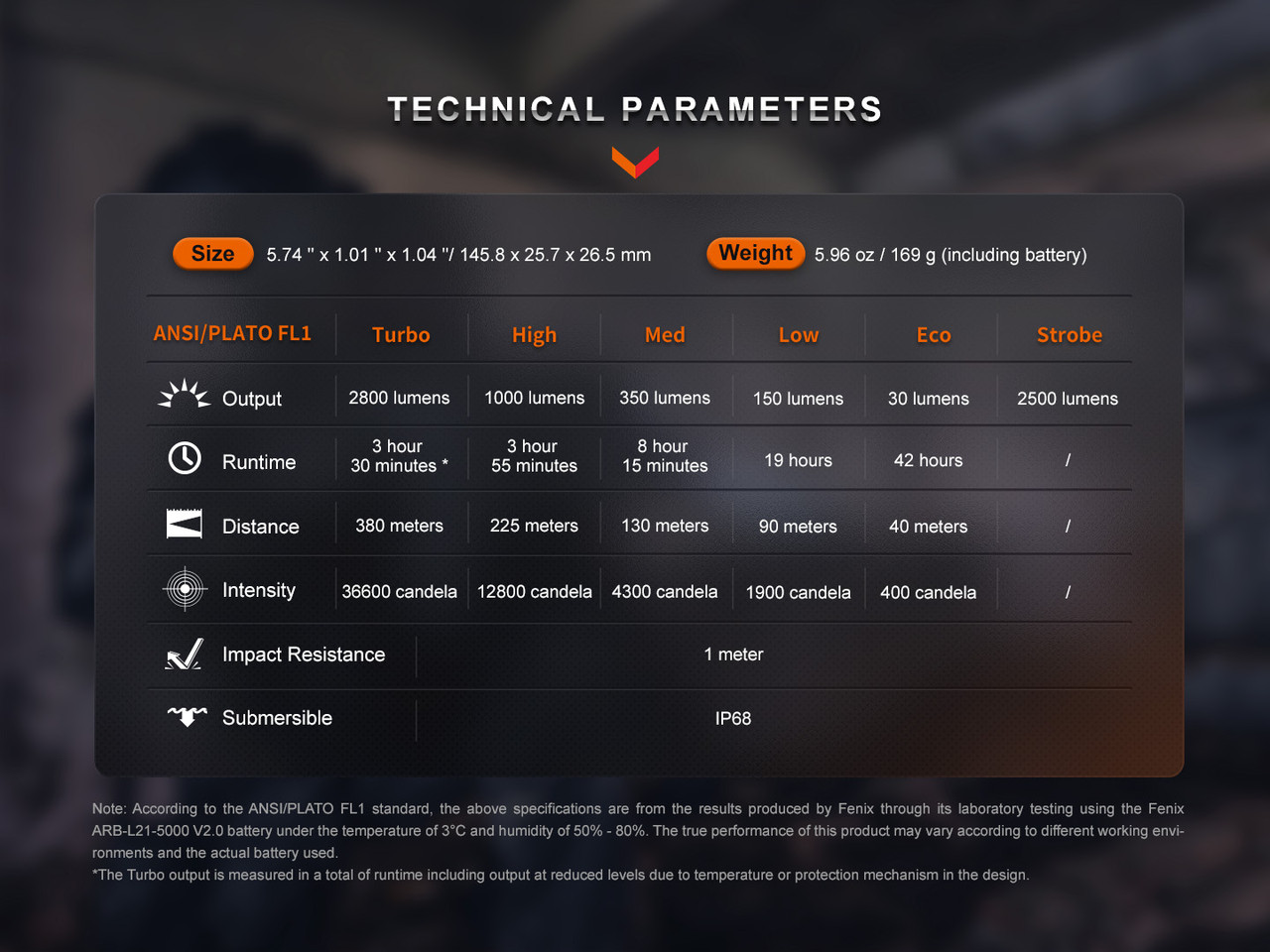 What is the color temperature?

PhotonWrangler said:
What is the color temperature?
Click to expand...

Unfortunately it looks like a very cool withe led (6500 K)

Thanks Stefano. I believe that's the same color temperature as my existing PD36R. I'm wondering what's been changed to boost the output.

Can it use Flat-Top unprotected Samsung 50-G cells ?

Yeah, my trusty PD36R borders on being a little too blue. I realize that the trend in higher-lumens lights is to push towards blue, but it creates an annoying amount of glare. The tint on my older PD35 is much more comfortable to my eyes.
L

Did somebody understand if this light always starts on turbo or if it has last-mode memory?

The manual doesn't mention mode memory but doesn't state if the light defaults to turbo whenever is turned on.

Lots of lumens... probably for a very short while.

But horrid tint, no moonlight and no deep carry pocket clip
L

The tint is subjective but I agree on the lack of a true low brightness level - moonlight or otherwise.
The problem with Fenix lights is always the same: one UI instead of different programmable UI modes or settings.
N

Got mine a couple of days ago and I really like it. It has mode memory but it seems to forget if the battery is removed.

Turbo output is indeed very short-lived, less than a minute I'd say before it kicks down, however the real gem in this light is the next mode below turbo (high) which can sustain 1000 lumens for nearly 3 hours. That's significantly more than the light I upgraded from (Nitecore MH12S) which could only manage about 500 sustained for 3 hours.

I kinda miss the moonlight mode from the light I had before but only for theoretical reasons, I never actually used it.

I'll be using this for cycling with the Fenix bike mount and a Nitecore NFD25 diffuser tip which just about fits on the end despite being 1mm narrower.