This reminds me, I was going to dig into my boxes of plumbing fittings to see if I could fashion a hood for my PD36 TAC to mimic what the Nitecore bike light does. Comparing the specs of the Fenix to the Nitecore, I think the Fenix is a better light for my needs, but that reflector/shade hood on the Nitecore light is pretty compelling for bicycle use. If i could fabricate a removable hood, I’d have the best of both worlds. I was thinking maybe a black ABS pipefitting with a piece of white PVC fitting glued inside it might work.
R

Best light would be a skylumen titanium mi7 with a nichia 219c 5000k and the vnx2 driver. Favorite becuase its the first and so far only light ive come across that has every single feature I wanted for an edc is the wowtac w1.

I bought an Oveready BOSS which is a 3 emitter, 1 X 18650 light, and I really like it. It's a hi CRI tone, and has an unusual UI with a "red first" feature, I may change that. Another stunner is the Maratac Apollo 4 X 18650 light, this thing is very powerful, I gave one as a gift to a person who just bought a large place out away from town. Currently sold out but they'll re-supply. https://countycomm.com/collections/...ucts/apollo-extreme-led-flashlight-by-maratac 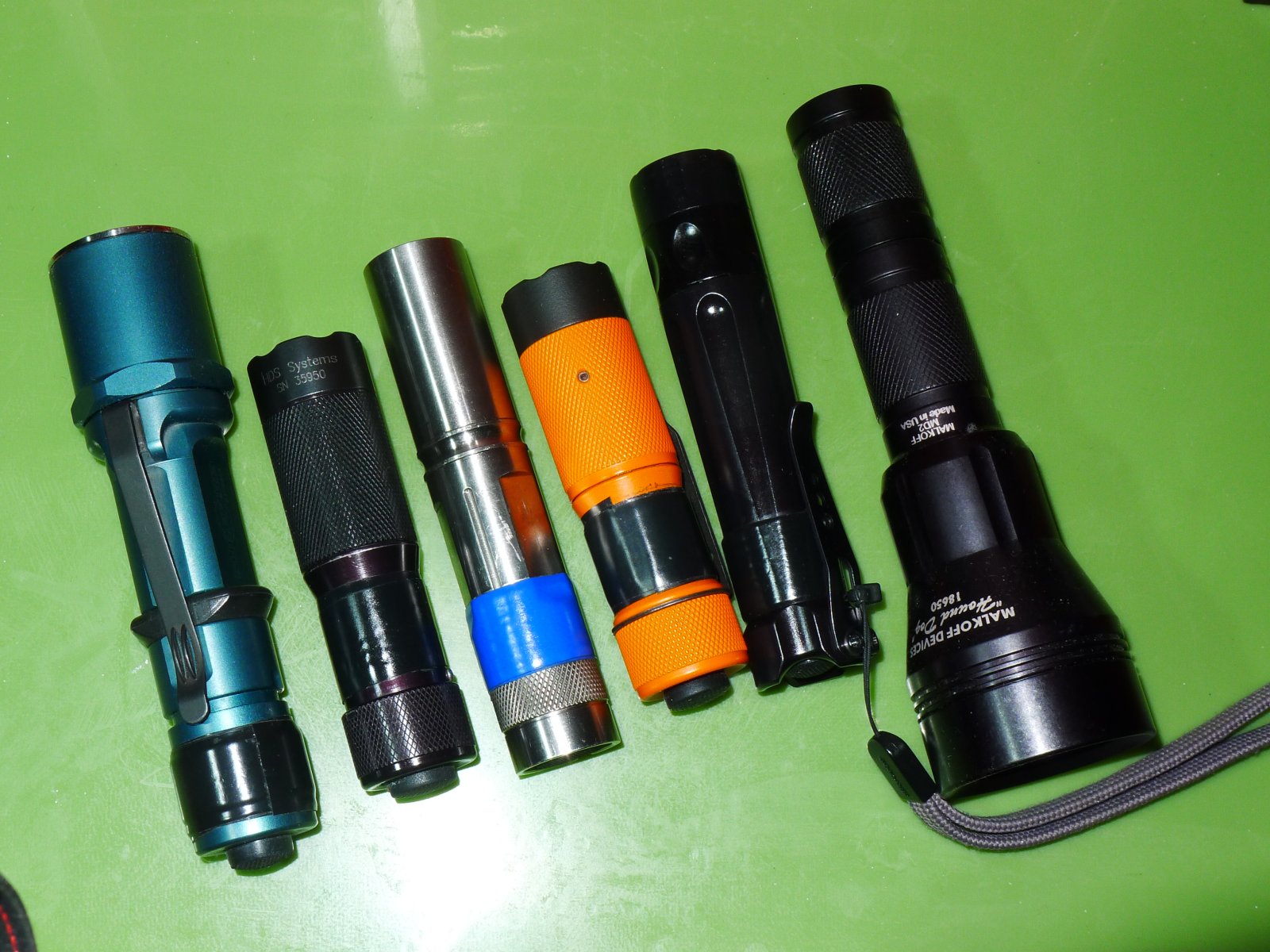 Repsol600rr said:
Best light would be a skylumen titanium mi7 with a nichia 219c 5000k and the vnx2 driver. Favorite becuase its the first and so far only light ive come across that has every single feature I wanted for an edc is the wowtac w1.
Click to expand...

Is that a Vinh light ? I will have to get in touch with him.
R

mpetry912 said:
Is that a Vinh light ? I will have to get in touch with him.
Click to expand...

I can't edit my earlier post, so I will just add it here, and then repeat..


There were also a few posts that I didn't know what to do with.. talking about multiple flashlights without being clear which was the best/coolest etc.

Is this it?
A wide variety of lights, but without a clear winner

My purchasing has dropped way off in recent years but by no means stopped. Best EDC this year? Laulima Ion. Best budget purchase? Lumintop Nano.
C

ok so I have an edit:

BEST THROWER
C8+ with NM1
I haven't seen anything throw so beautifully like the CONVOY C8+ with OSRAM KW.CSLNM1.TG can 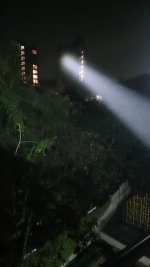 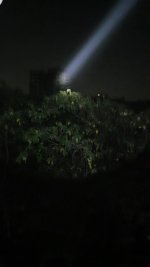 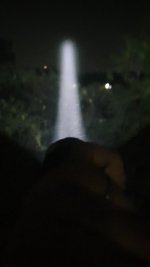 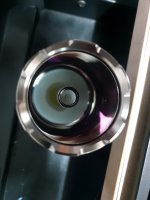 The Building in 1st picture is at about 500meters and 2nd one is about 800 meters. My favorite thrower light for 2021

The second last picture show how beautifully the lumens are focussed and narrowed into the tight hotspot resulting in a throw that is unmatched and unseen before(atleast for me).

The last picture is where I tweaked the ISO by reducing to minimum for optimum capturing of the ever so tight beam where all lumens are married in the centrespot for a ver far throw and rech.... An amazing light and led combination.
COMPACT THROWER

Still the Malkoff MD2/M61(-versions)/HiLo. Works in any situation, never fails.

ChibiM said:
Is this it?
A wide variety of lights, but without a clear winner
Click to expand...

Ok I rethought my answer.
My favorite/best/coolest/nicest flashlight of all time is a copper cerakote PK Design Lab FL-2LE with a PR-1 clip, an Elzetta lanyard ring and LED Lenser wrist strap.

The day a black, stock one arrived it was nearing sundown. First impression after removing it from the foam wrapping around a mylar sack inside a nifty box was how it felt like it was velcro'd to my hand. But then I hit the on switch and aimed it at a green trash can next door and "my goodness" popped out of my mouth without meaning to. The green just popped like I had turned on a photoshop contrast boost feature in my eye balls.

Later, after dark I noted how the beam had a great combo of spot and spill in a cone shape that began 5 feet from me. I took it to a fairly dark place and noted how It reached out and gave a nice pointed tip while providing vast spill to my peripherals. Then after that in a place with lots light pollution the low setting was useable up to around 25 feet. I bought like 8 more and gave them away. I wanted to share the stoke of the light that had knocked the SureFire G2x Pro off the pedestal I used to judge all other flashlights by.

That was 5 years ago. I've added a bunch of other lights since then to my quiver but it's still the one I judge other flashlights by. At the time PK had put everything he had learned into that light and used it to launch PK Design Lab. The masses did not take to the light for various reason including the 'In God We Trust' engraved in the tailcap.

I liked it and said so boldly here at CPF. That Christmas I received a PM from the man himself saying thanks for the kind words. Then one day I received a box of stuff including one of two copper color coated FL2's. It had been tossed around and beat up to test the cerakote coating to the point the borofloat lens had broken. The day my first PR-1 arrived I removed the clip. Later I dremeled the anti-twist ears from the clip and slid it over that FL2 for a unique, but fitting two-way bezel down pocket clip and added a wrist lanyard. 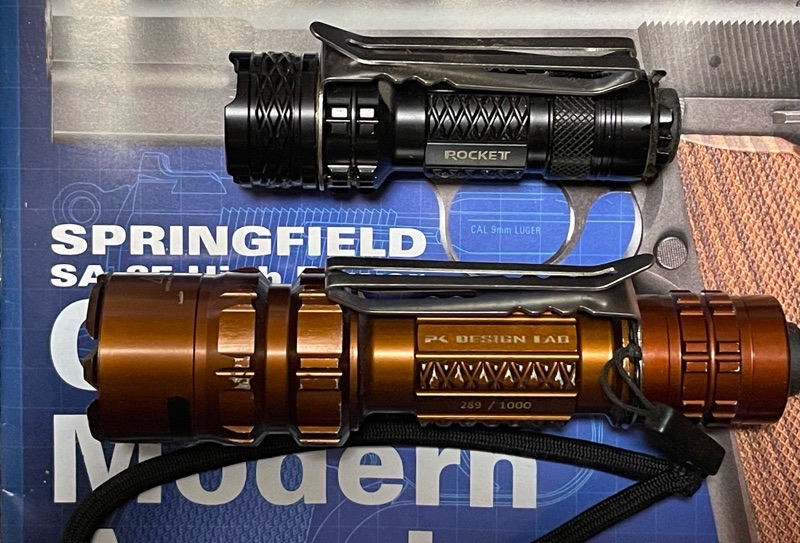 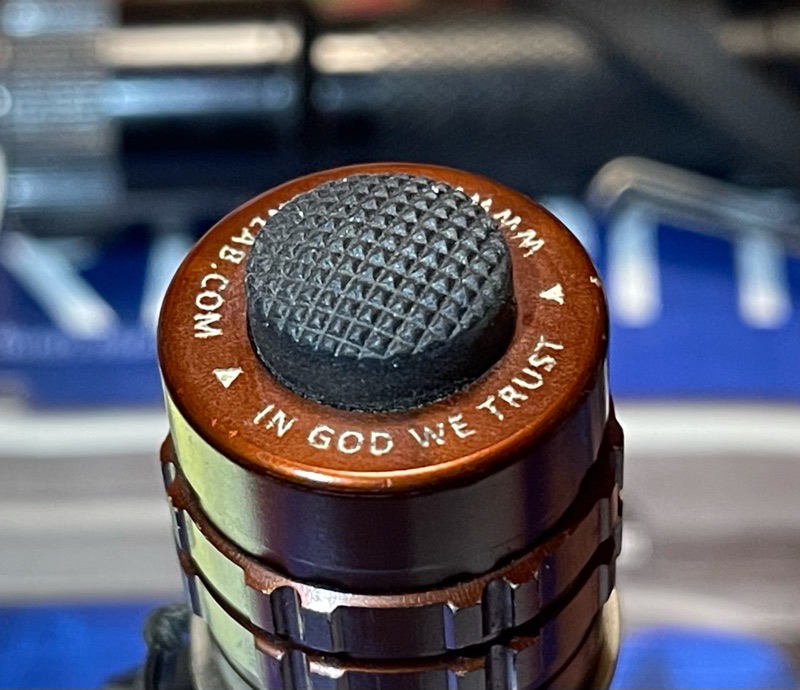 What was your best/favorite/coolest flashlight of 2017
2 3