Does anyone have beam shots of the three? I have a Zebralight sc600w mk III HI with the XHP35, so I'm assuming the H600w is going to look like that but am not sure.

Lastly, does anyone know when Zebralight will have these back in stock? All are showing as back ordered currently.

I had to make the same choice, and really don't know if I made the best or worst one, because I don't have the other versions to compare to.

I chose the H600w for the color temp, the longer runtimes in the modes I knew would see the most use, and with the hope that the XHP35 HD in it would be similar to the XHP35 HI in my SC64w HI(which has the best looking beam I've ever seen).
That last was dashed the moment I fired up the H600w.
The headlamp has been great for my use, though, on a hardhat in an industrial setting, where the tint shift goes completely unnoticed.
When I first got it, I took it along on an overnight hike to play with, and had no complaints about it in the woods, either.
While I would personally not hesitate to buy one again, the beam has that "Cree rainbow" that looks so bad on a wall or ceiling that it's just hard to recommend it, especially to someone into flashlights-'cause I know the first thing they're gonna do is shine it on a wall, and be like

For white wall hunting, or outside in snow, which I've seen people complain about, it's not going to look very pleasant.
On the other hand, it's my most used light, and I love it for everything I've used it for, so take all that for whatever it's worth to you.
T

If the H600w has a cree rainbow effect in the beam, would I be better off with the H600fw? How much brightness and throw would be lost with the frosted lens? Also how similar is the H600w beam to the sc600mk III HI beam (which I really like).
S

My opinion on the F Zebralights, get the frosted lens because you want it to be floody.
T

Between the Fc and Fd buy based upon your preferred CCT.

Between those two and the Fw the Fw will be thowier despite all being 'F' due to the nature of the XHP35 vs XHP50. As for 80 vs 90 cri the answer is if you are color critical then yes, if you are comparing them side by side then yes, if you are using them as and EDC where color is not the deciding factor then they both will be adequate and purchase based upon lumens vs throw (XHP50 vs XHP35)
T

I got the H600c recently.
First got the H600d, but it was too cold and green for my taste (I like warm tints).
I got a H600c instead, but I had to order 3 to get a good one. On 2 samples, the beam had a nice neutral/warmish hotspot, but just at the very center of the hotspot there was a tiny but noticable purple spot. I think it has to do with the xhp50 actually being a qusd die LED, and the phosphor coverage msybe being uneven in the very center between the dies.
The H600c that I kept actually has the LED off-center by the smallest fraction of a millimeter, but this avoids that purple spot.

All had the CREE rainbow, but if you don't go whitewallhunting you won't notice.

The F versions of Zebralight are very nice.
You do sacrifice some throw, so it depends on what you want to do.
For working around house and even hiking, the F should be ok, because you have the high power mode for when you need a bit of throw.
For cycling it is a bit too diffuse.
T

Regarding the Cree rainbow, are there other Zebralights that have it? For example, would my SC62 and my SC600w mk III HI have it? Is it specific to certain emitters? Does anyone have pics of beam shots with the Cree rainbow from a H600c or d?

Also, I read about an issue where the frosted lens Zebralights seemed to be prone to cracking vs the clear ones. Does anyone know if this is still the case or has it been resolved? Thanks.
Last edited: May 11, 2021
O

The versions with domeless emitters(HI) apparently do not suffer from this.


TheBelgian said:
I think it has to do with the xhp50 actually being a qusd die LED, and the phosphor coverage msybe being uneven in the very center between the dies.
Click to expand...

All of these emitters are fairly new to me, so I don't know enough about them to say what exactly does or doesn't cause that spot in the hotspot, but my H600w with the XHP35 HD also has it.
T

Right now I am leaning towards the H600c because apparently the frosted lenses crack very easily according to another thread on the forum. Does anyone have any idea on this issue of cracked frosted lenses?

I cannot for the life of me find any picture of the Cree rainbow, and the only Zebralight headlamp beam shot vids I can find are not in English so that doesn't help me.

Zebralight is out of stock of EVERYTHING, so I'll be using a different seller. It is sad that I cannot find any answer and Zebralight seems to not even be making lights anymore and I do not see any way to contact them to see if or when they will ever be back in stock. Does anyone know what the deal is with Zebralight not having anything in stock at all?
Last edited: May 13, 2021
A

i recently purchased an h600d, and love it better than my w or c models.

create an account and submit a request, they will answer.


TA_ls1 said:
Does anyone know what the deal is with Zebralight not having anything in stock at all?
Click to expand...

TA_ls1 said:
I cannot for the life of me find any picture of the Cree rainbow, and the only Zebralight headlamp beam shot vids I can find are not in English so that doesn't help me.
Click to expand...

This doesn't quite show the full extent of it, but here: 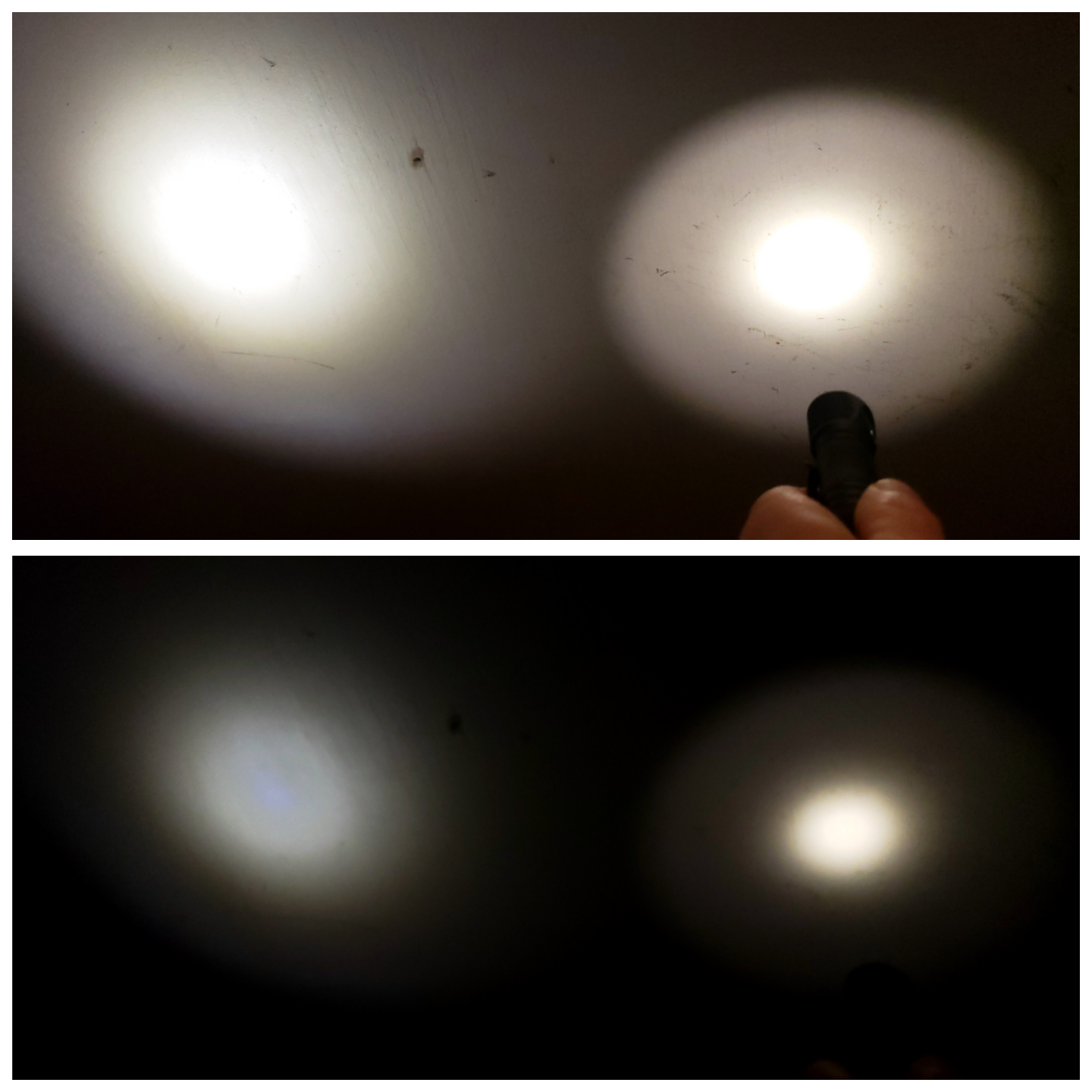 I have an older h600W version and also the newer H600Fc that i picked up used. IMO the tint is better on the H600c. Although i like the F, I would prefer a clear lens because you can always stick film/scotch tape to make a clear lens more floody. From what i understand, the clear lens naturally has a diffused hotspot due to the emitter.
T

I just ordered the H600c mk iv. I'm really looking forward to the high cri and beam on this, and if I need more flood I'll do as others have suggested and use the dc fix tape. Thanks for all the help everyone.
J

TA_ls1 said:
Does anyone have beam shots
Click to expand...

this is a site with lots of beamshots

Just Got My Zebralight H600w MKii. Am I understanding this right?

S
Zebralight SC51 as a headlamp