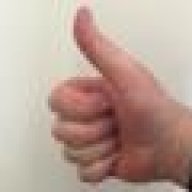 Well-known member · 55 · From Tasmania, Australia (the butt end of oz)