The McClicky switch for flashlights has become an industry standard and is found in certain lights. It is know for reliability and being able to handle 5+ amp loads.

There are some applications where constant-on operation is not needed, or even needs to be avoided. The following tutorial shows how to take the click out of a McClicky and turn it into a momentary-only switch, regardless of how far the switch is pressed. This results in a very smooth, tactile switch that will never lock constant-on, which is ideal for defensive handheld lights and WMLs.


The first step of the process is to remove the McClicky switch from the flashlight or tailcap. The process for doing so will depend on the light or tailcap, which is not in-scope of this tutorial (generally it's a fairly simple process). 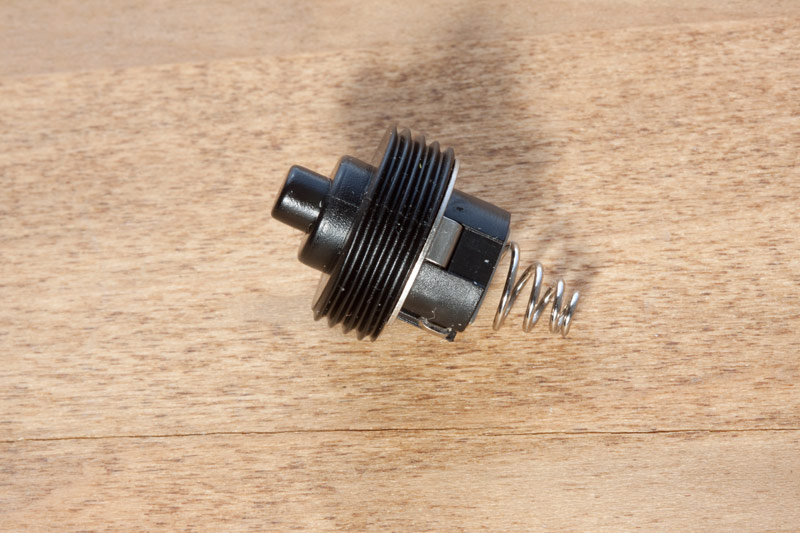 Here is the switch as it appears fully assembled and removed from the flashlight or tailcap. It will look identical after this mod. 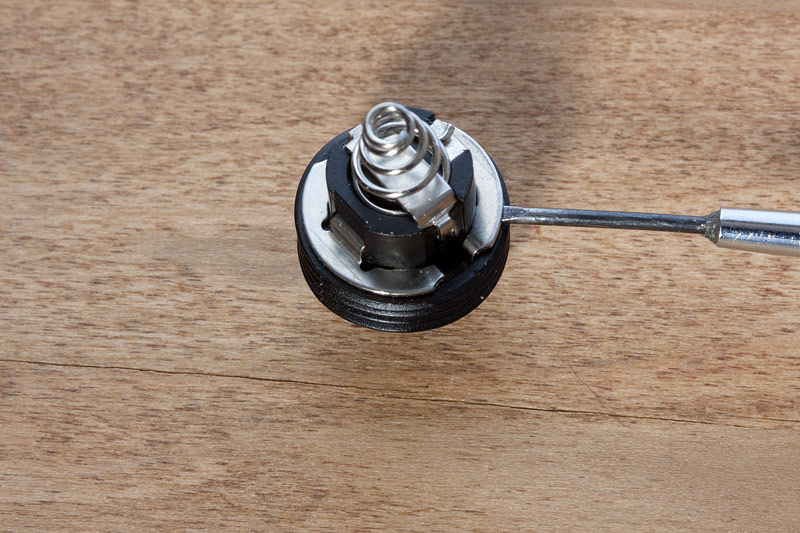 The two sections of the body are pressed together via four posts. The first step is to separate the two sections by using the screwdriver as shown. Work your way around the retaining ring (which is also the electrical contact to the flashlight body) and gently pry the ring off. 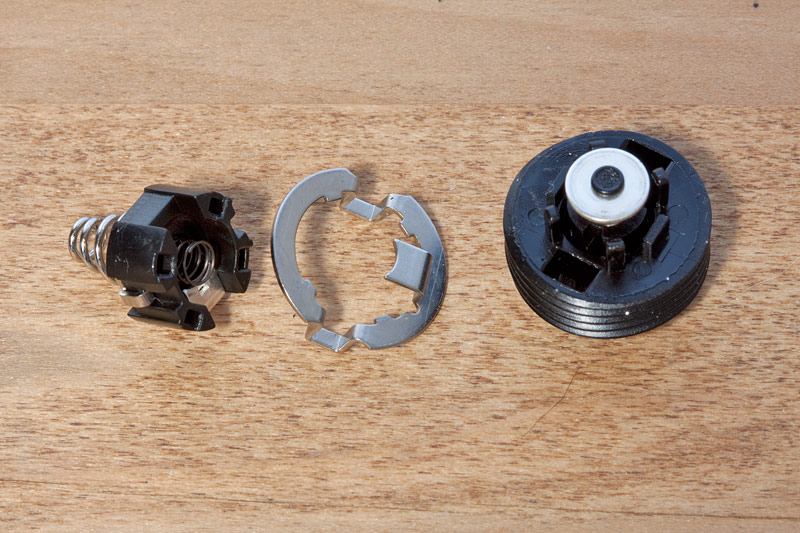 Once the ring is loose the switch will separate as shown above. 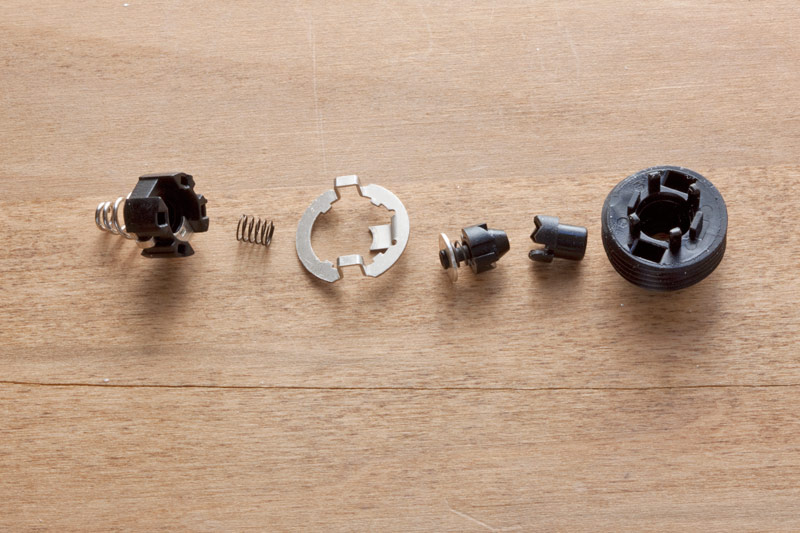 Her are all the parts separated and arranged in a sort of exploded view. The main body piece on the far right will be the subject of the work. 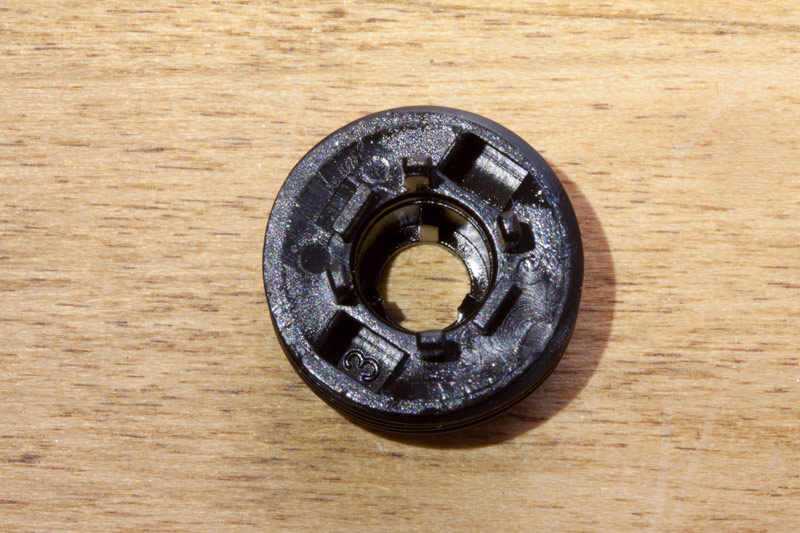 Here is a close-up view of the piece we'll modify. Notice inside the round channel where the 2-piece plunger rides there are three splines. One is near the 12 o'clock position, the other two are located at 120-degree intervals. To make the switch momentary-only, we need to remove those three splines. 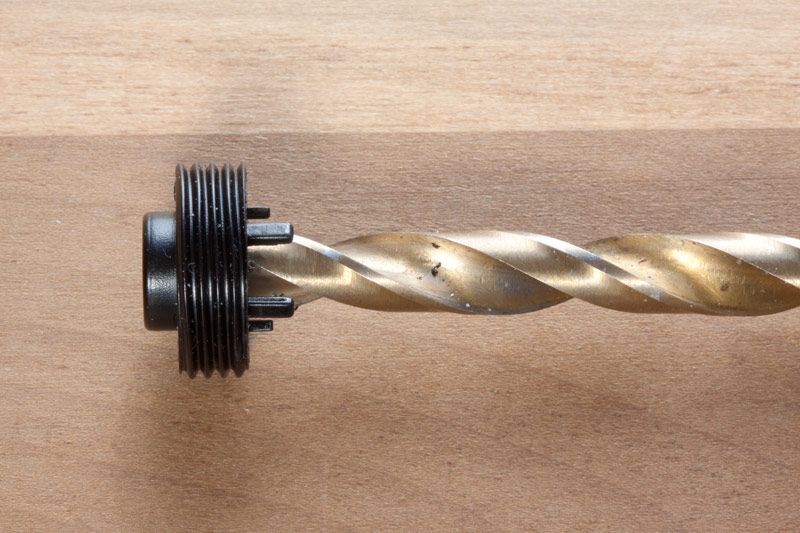 The easiest way to remove the splines is using a 17/64 drill bit and twist the body over the drill bit by hand. If you have a vise handy, place the drill bit in the vise and gently turn the body on the drill bit, slowly chipping the three splines away. Take your time with this, catching just the very edge of the splines on the drill bit, and work your way through them. You do not have to remove the full depth of the splines, a small section of each will remain after the process. Once the taper of the drill bit reaches the reduced diameter where the nub of the plunger passes through, the spline removal operation is complete. Use compressed air or a Q-Tip to clean out the channel of any plastic chips and the using a Q-Tip, apply a light coat of lubricant (I use Super Lube sysnthetic grease). 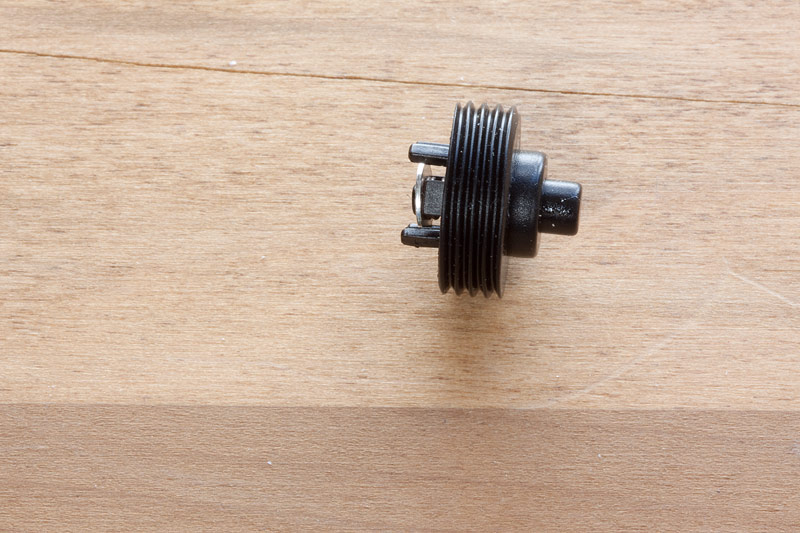 Place the 2-piece plunger back into the upper body as shown on the right. Be sure its fully seated (see nub protrusion out of the top of the body on the right) and that it moves freely. 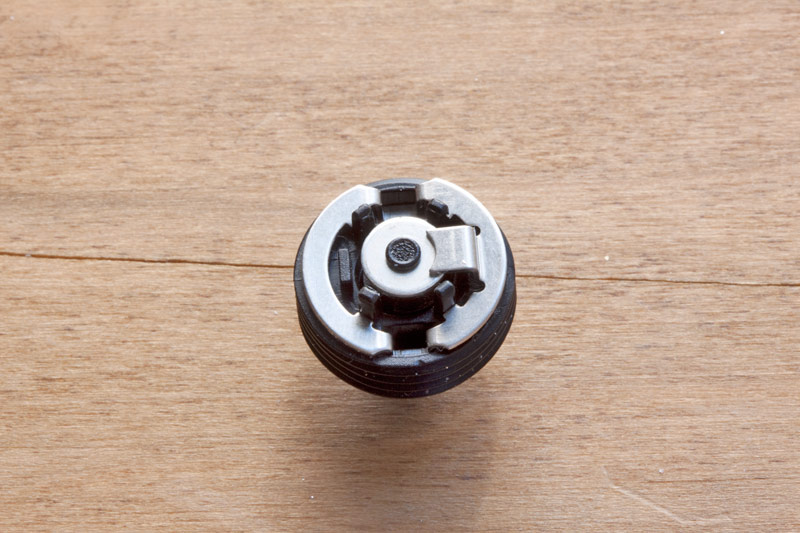 Press the retaining ring back into the upper body. It doesn't matter which way it goes in as long as it's fully seated. Note: the switch contacts are the round disc attached to the plunger assembly and the retaining ring tab at the 3 o'clock position. 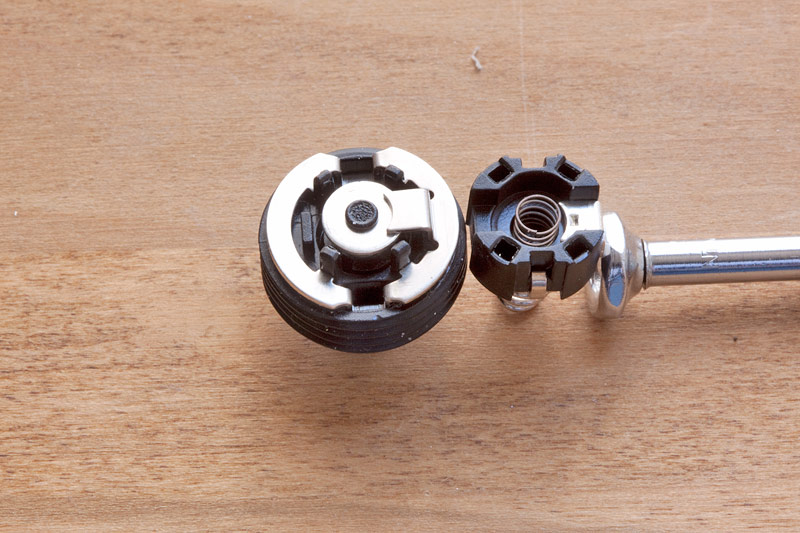 Place that tiny spring into its seat as shown in the photo above on the right. A tiny dab of Super Lube grease on the base of the spring will help hold it in place. 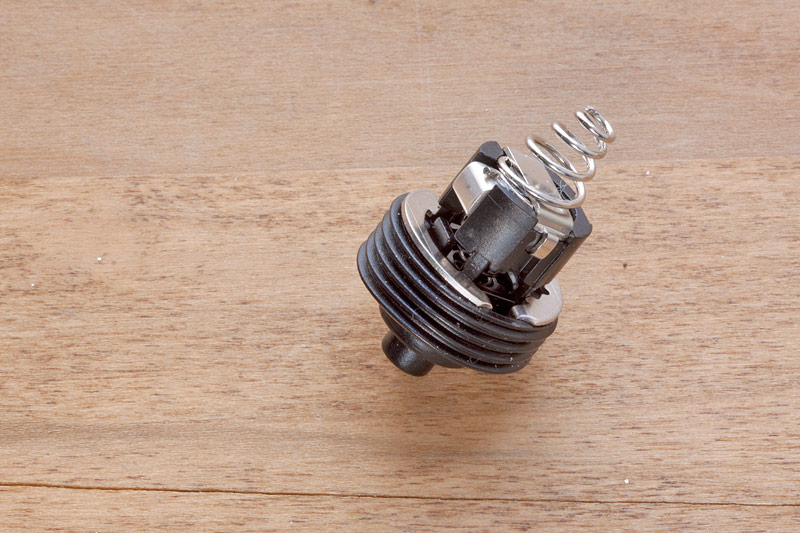 This shows the four posts partially inserted into the sockets. Once they are aligned, simply press both halves back together.


If the mod was successful (it should be), the switch will move smoothly as you press it but will no longer click into constant-on. If you have a continuity tester handy, place one probe on the spring that contacts the battery and the other on the retaining ring - pressing the switch should create continuity, releasing it should open the circuit.

Re-install the switch in your light and you're good to go!​

Wow! Thanks for the detailed write up. This will be very useful!

Using the Momentary switch on the PD