Just a decent condition Fulton TB-8 I've had for a while. The reflector has a fair bit of oxidation I've tried to clean up without damaging things. Works great. Very soft diffused light through the fish eye makes for decent illumination in the dead of night.

Have had this for about 20 years. Every few years I go out and put new batteries in it and play with it for a bit before putting it away again. Nothing fancy and not hard to come but, but still a neat little light. 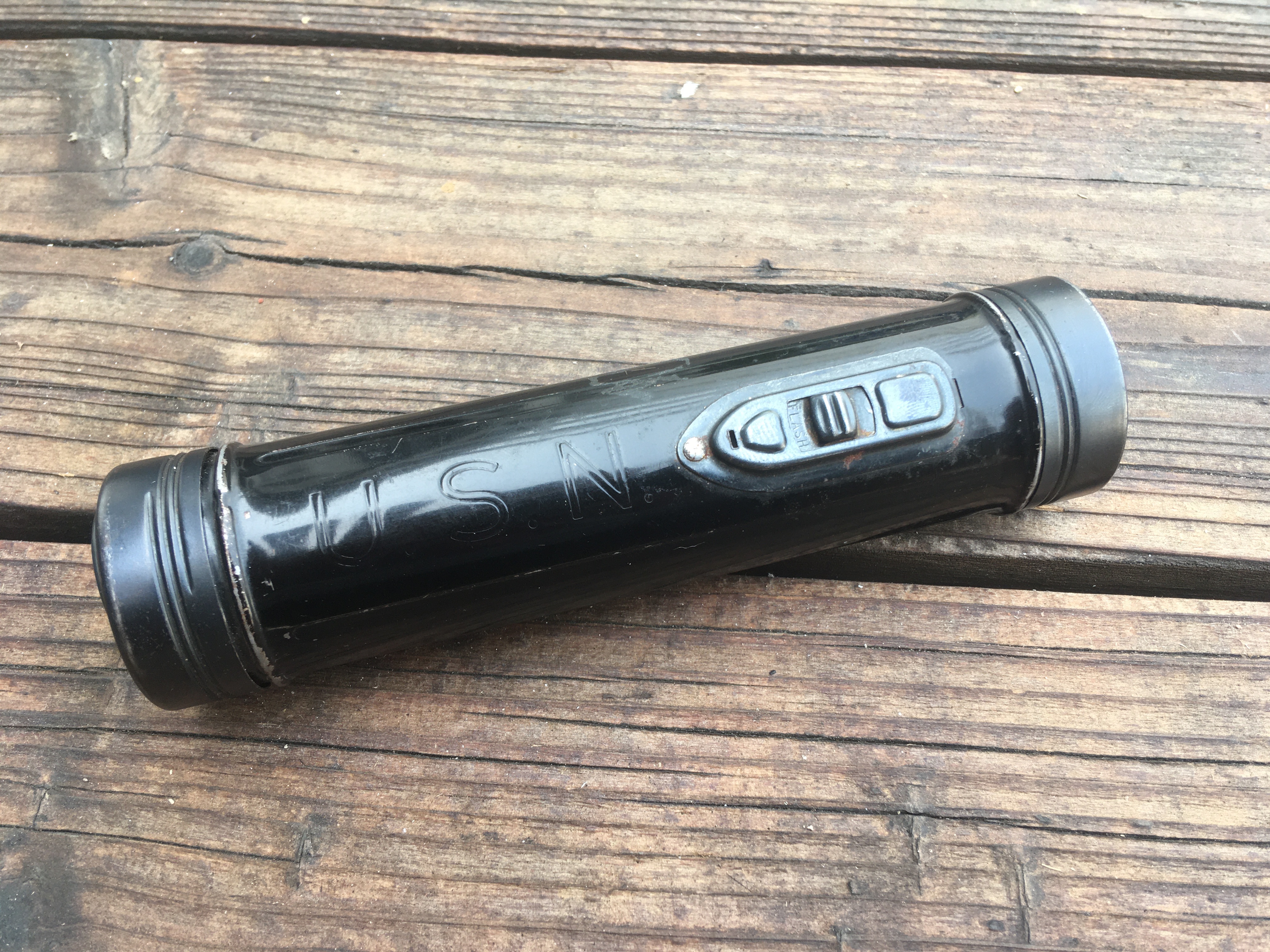 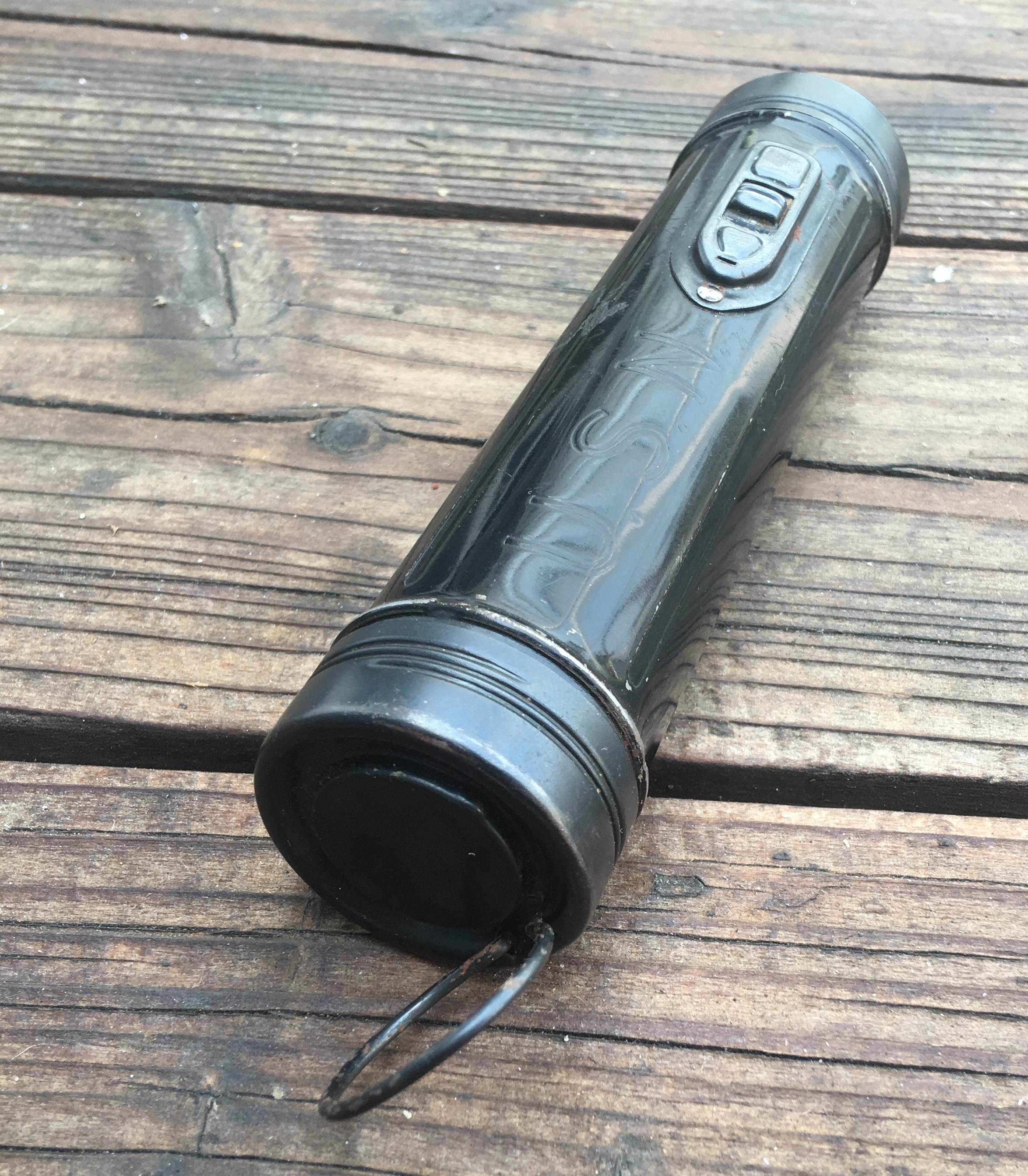 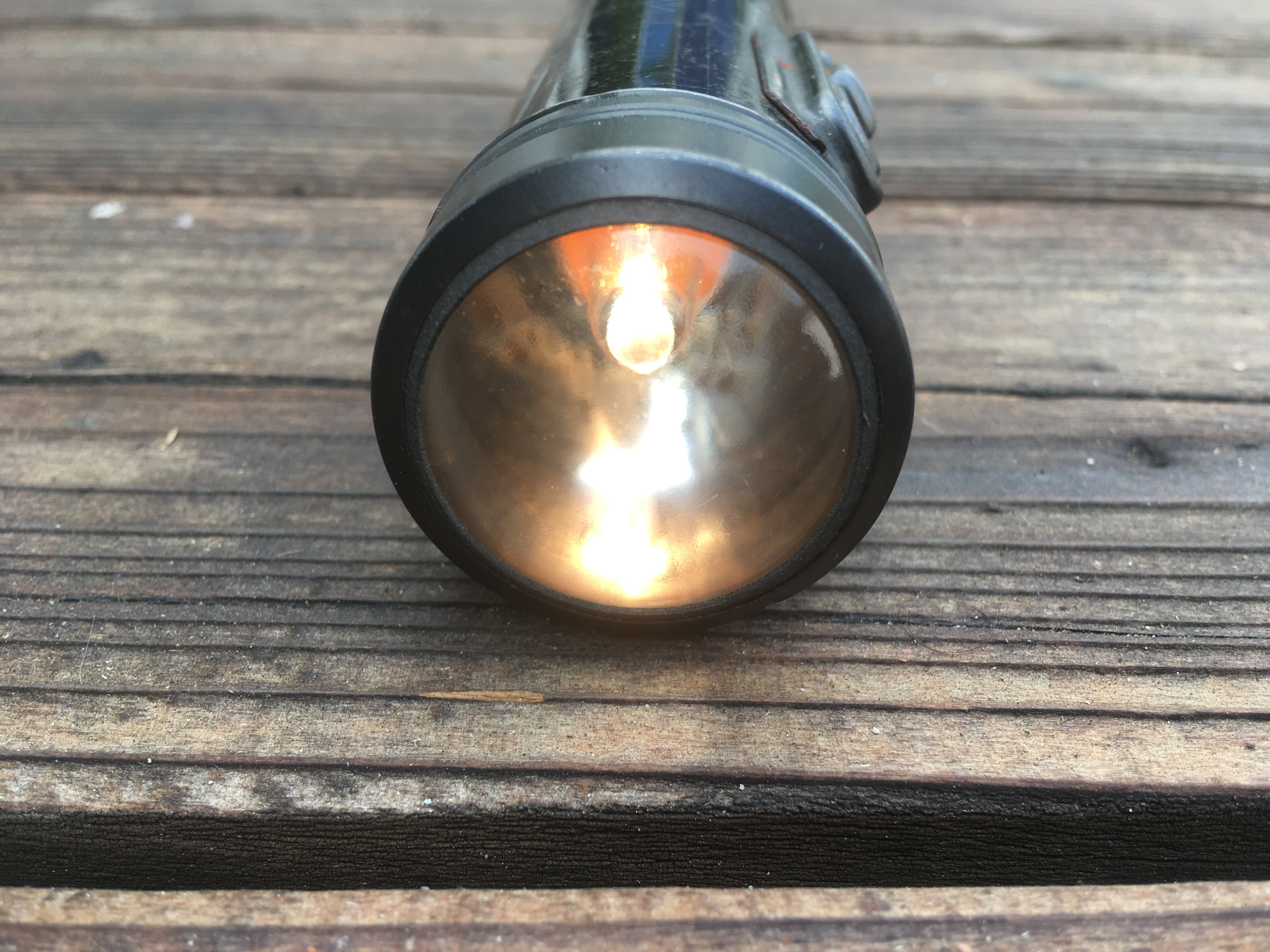 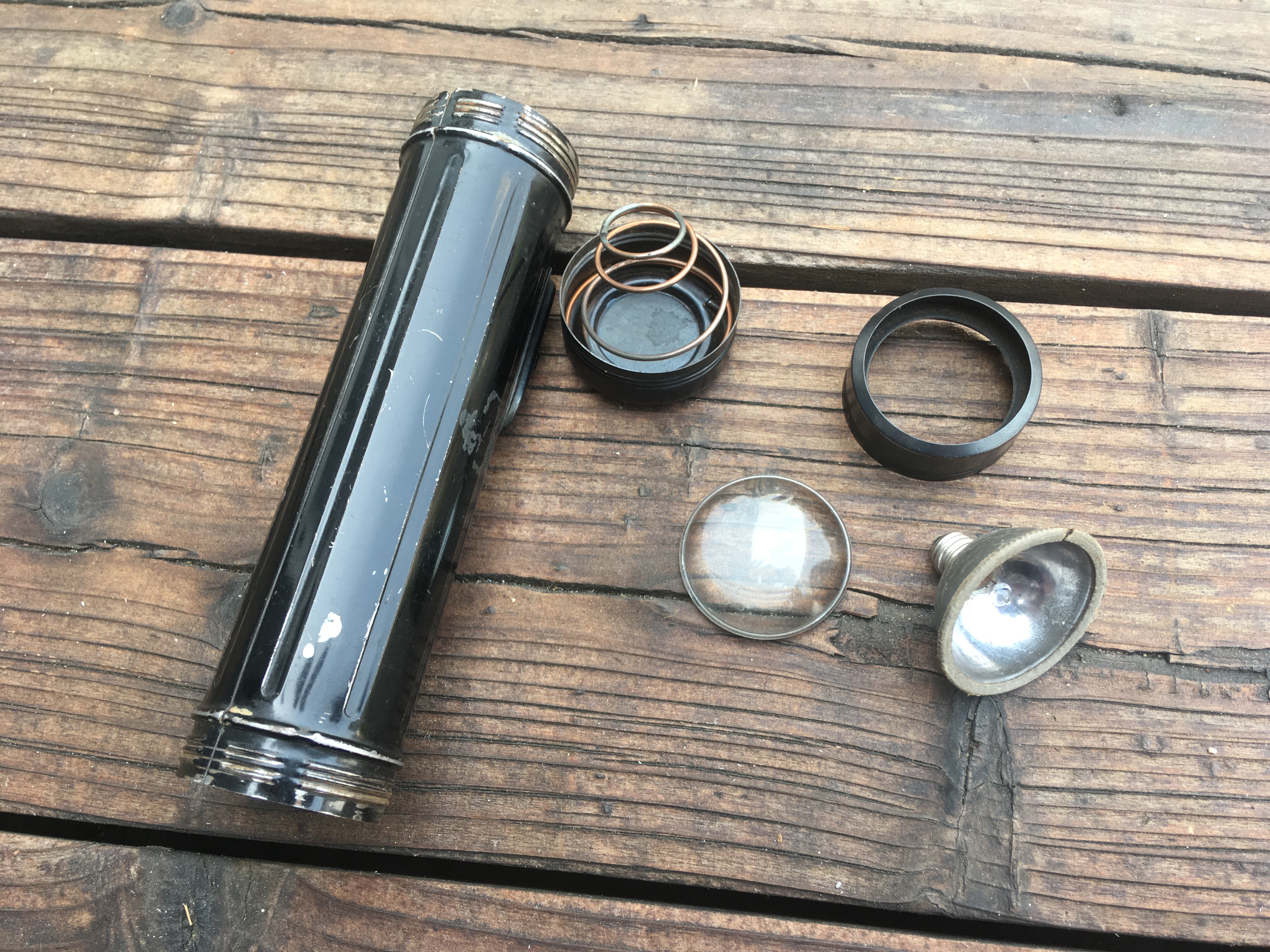 I like the large U.S.N. stamped into the barrel

I got lucky a few years back and scored a rare 2D Delta Electric navy light like the Fulton shown above except it's water tight to float. The lens was pretty rough so I used a plastic headlight restore kit that really helped. 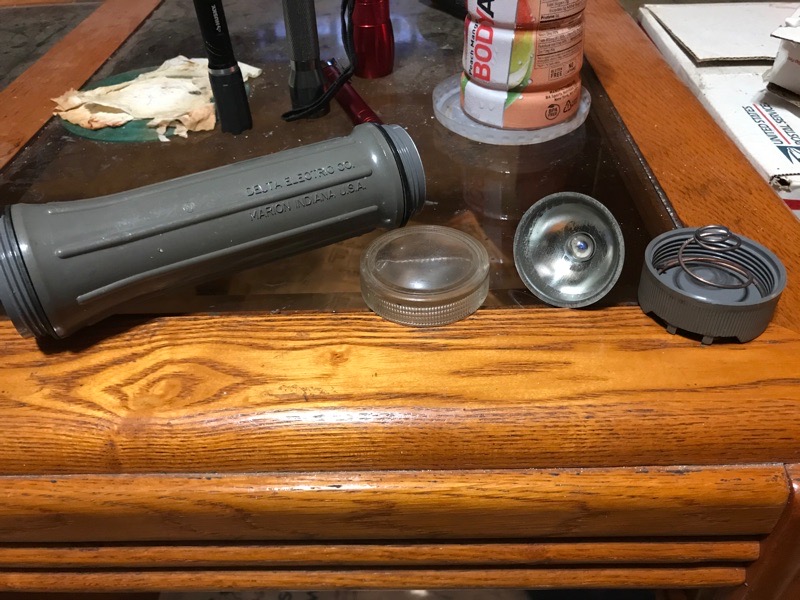 Clean both inside and out.
That's not a crack on the lens, it's a reflection. 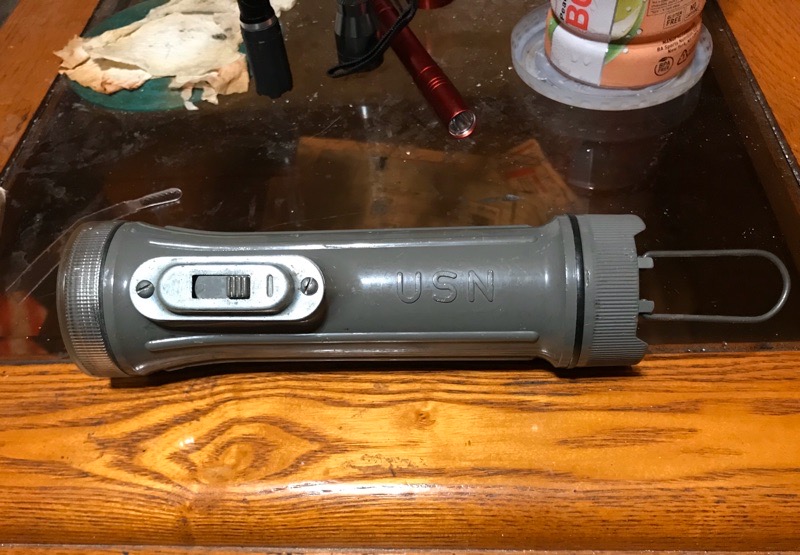 USN logo
Apparently they were used by the bombadier and pilots as the super floody beam was used for reading maps or in the cockpit of aircraft.

I have the Fulton version somewhere from a military surplus store that had 100 new in the box. Trouble was the cardboard boxes had gotten wet and many were damaged by that. So even though they were never used they look beat up.
Last edited: Sep 14, 2020