Recently, I managed to find a new old stock Sanyo NC-TGU01 charger from Japan to add to my collection/use. These were never cheap and they haven't gotten any cheaper ever since Panasonic discontinued them years ago, but the weak yen just made it an easier tough pill to swallow.

I always considered these better than the Panasonic BQ-CC25 charger which replaced it, because it's ridiculously slow and has less charging slots than the NC-TGU01. The only advantage of the BQ-CC25 is the ability to recharge 9 volt batteries, but those are rare, expensive, weak and discontinued.

I already got the NC-TGU01 charger from Singapore off eBay years ago, which is a rare export version that seems to have been sold only in Europe and Singapore back in the Sanyo days. It's been my go to charger when I needed to charge a lot of cells at once but had time to let it do its thing overnight without needing to constantly swap them out once charged on the pocket sized quick chargers. I also got a couple of non-Eneloop branded Panasonic pseudo C cells from Japan for use for my shaver and fabric lint remover, which made having this charger worthwhile.

Aside from the packing, labeling, power cord, and manuals differences, the transformer "brick" in the domestic (Japanese) version has a longer DC cord (about 1m) than the export version (about 60cm). Both the domestic and export version transformers are physically the same and have the same capabilities (multi AC voltage), but just a different label slapped on of course. The export version box also is thicker for some reason, although I find no reason for this to be needed because the Euro plug cord that's included isn't that bulk and will fit the slimmer size box just fine. Perhaps this was also sold in the UK which meant a bigger box was needed to fit the bulky UK plug?

Anyway, here's some pics to show the relatively minor differences between them: 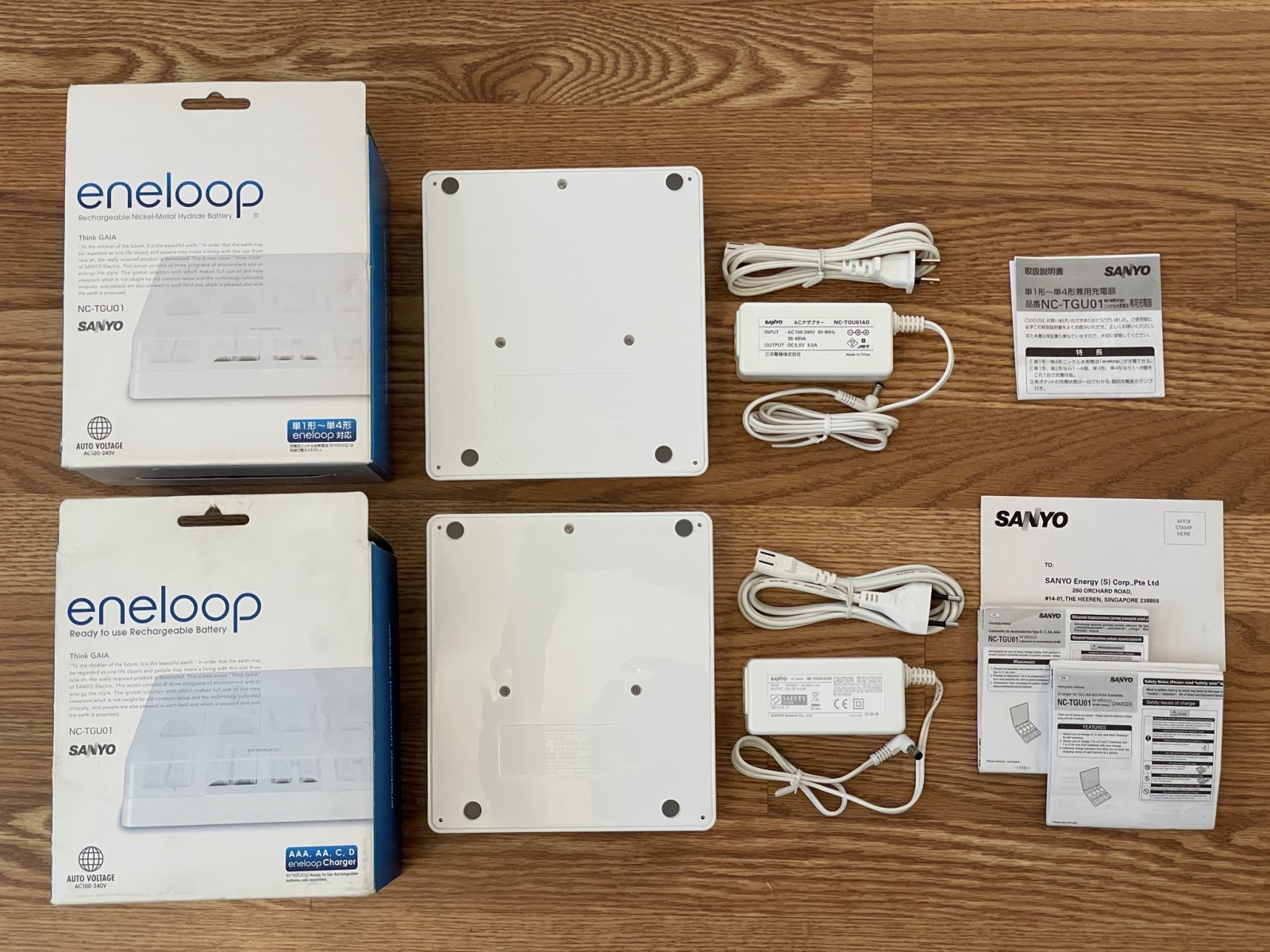 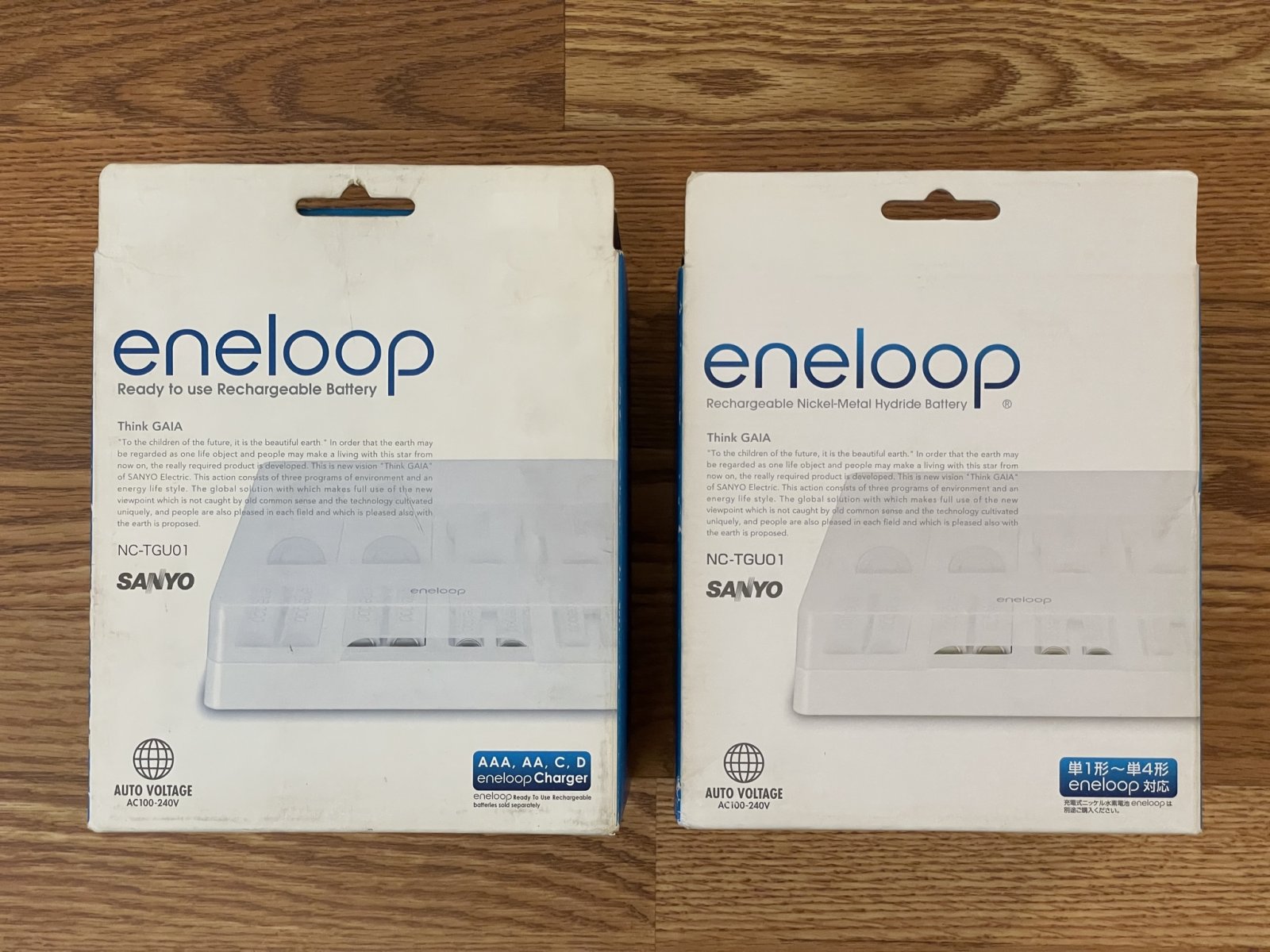 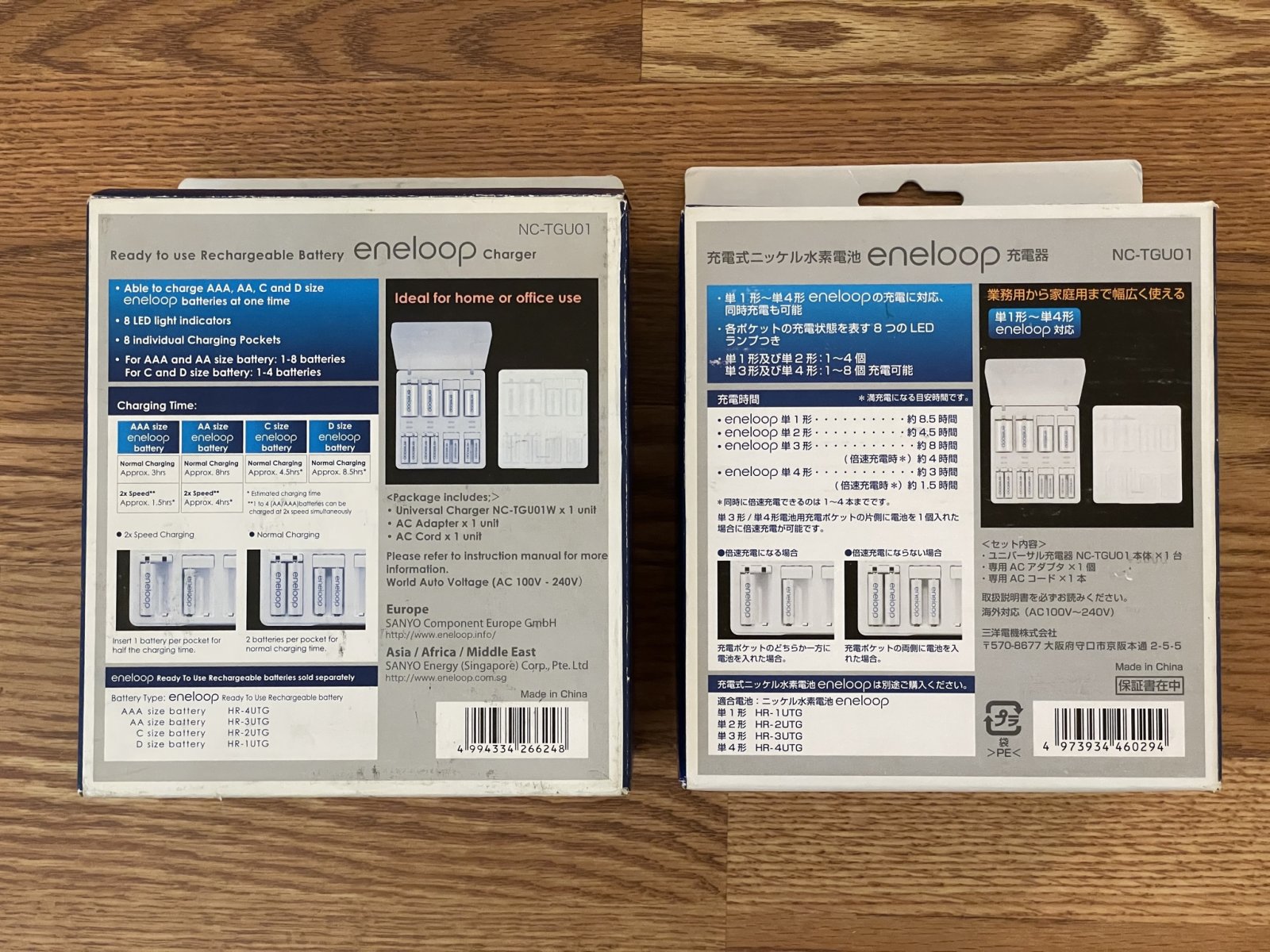 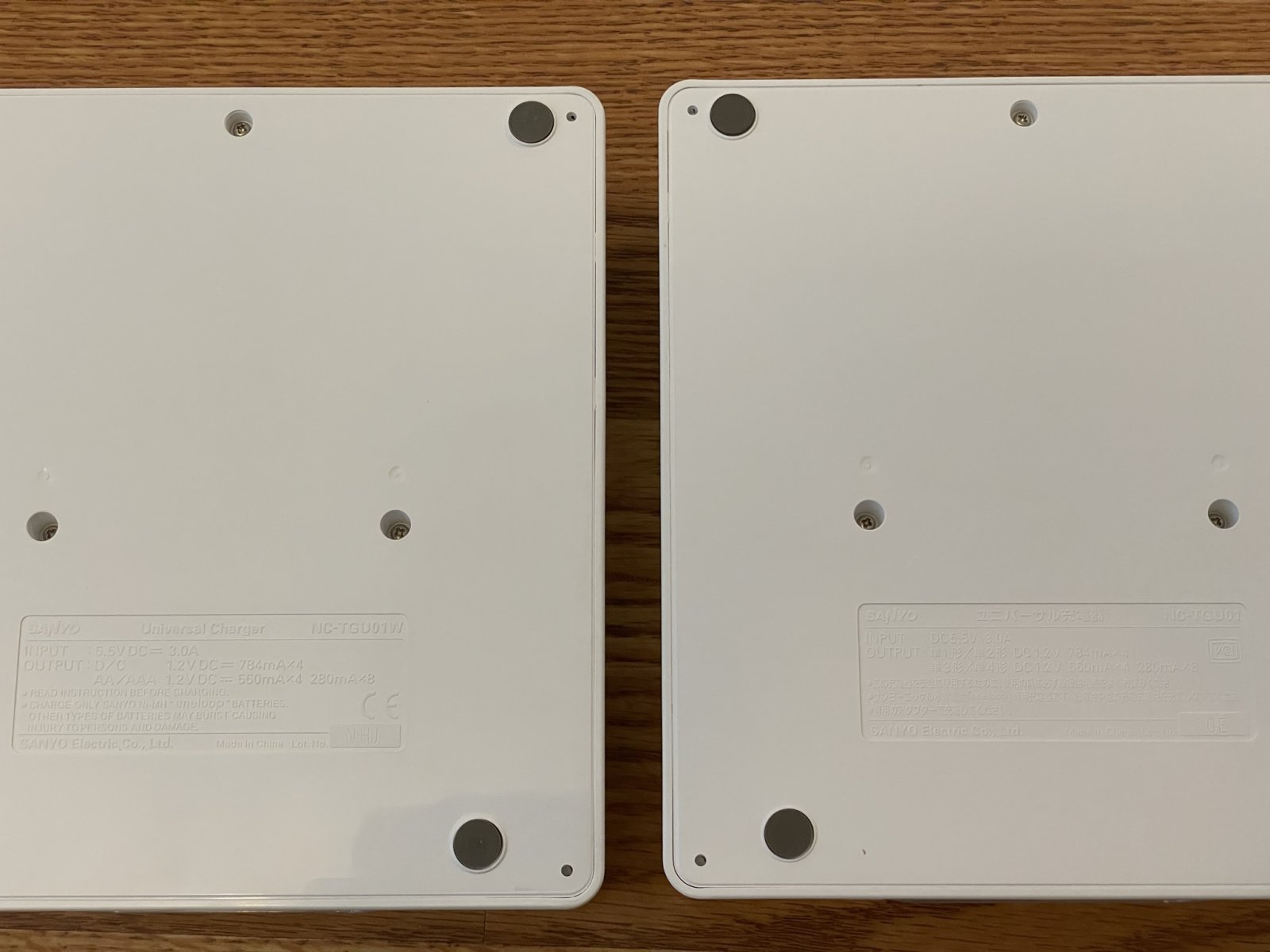 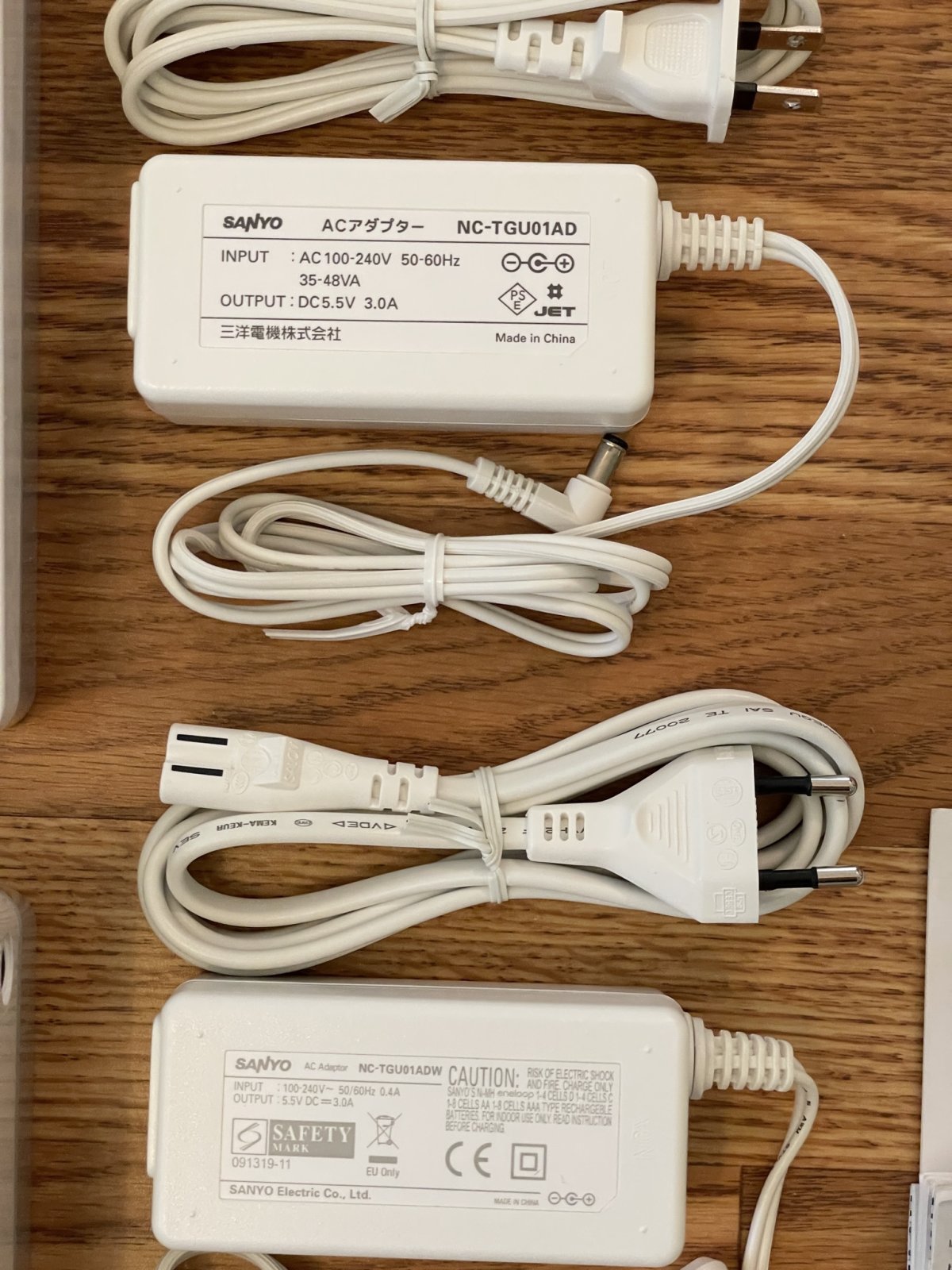 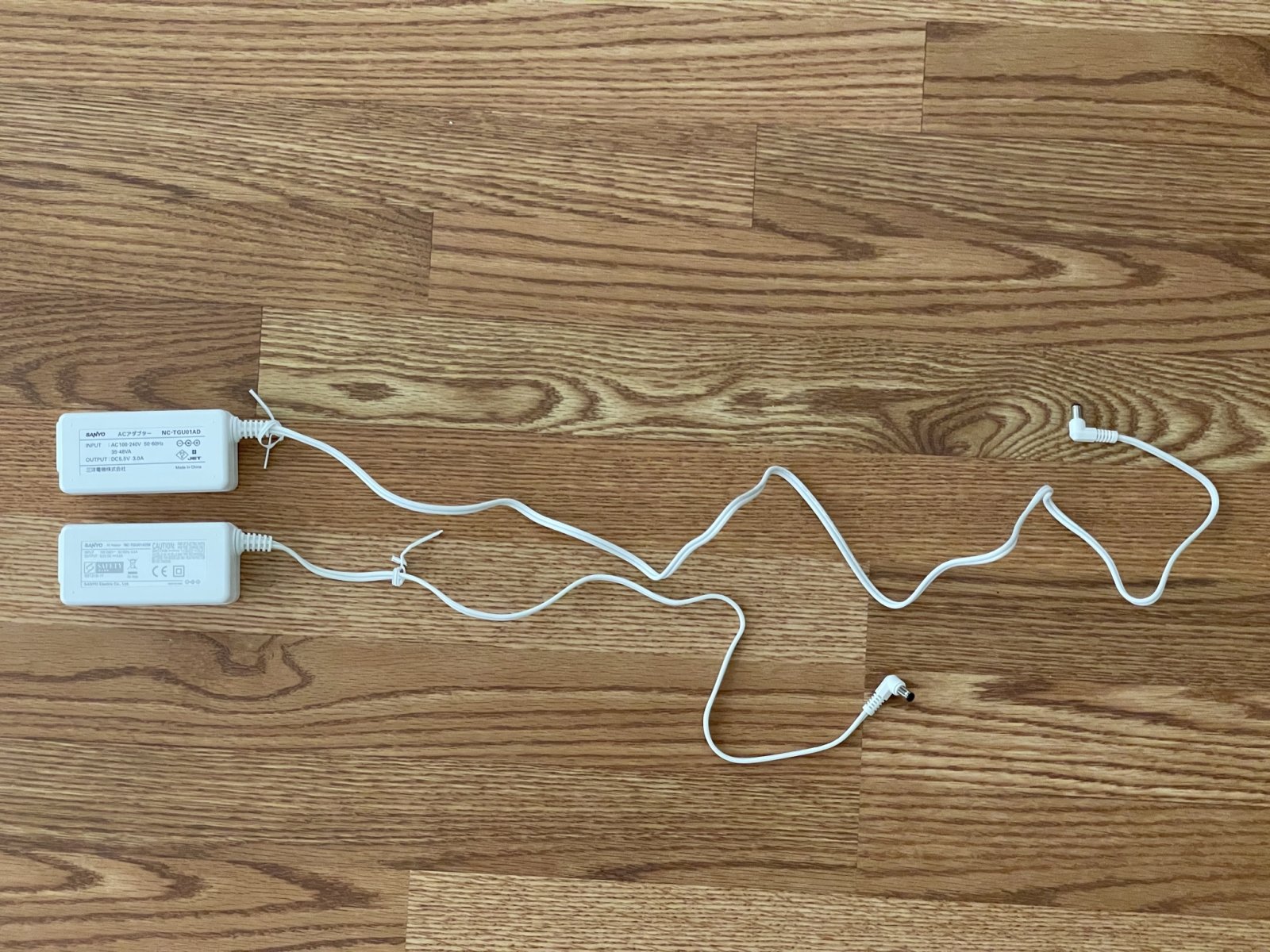 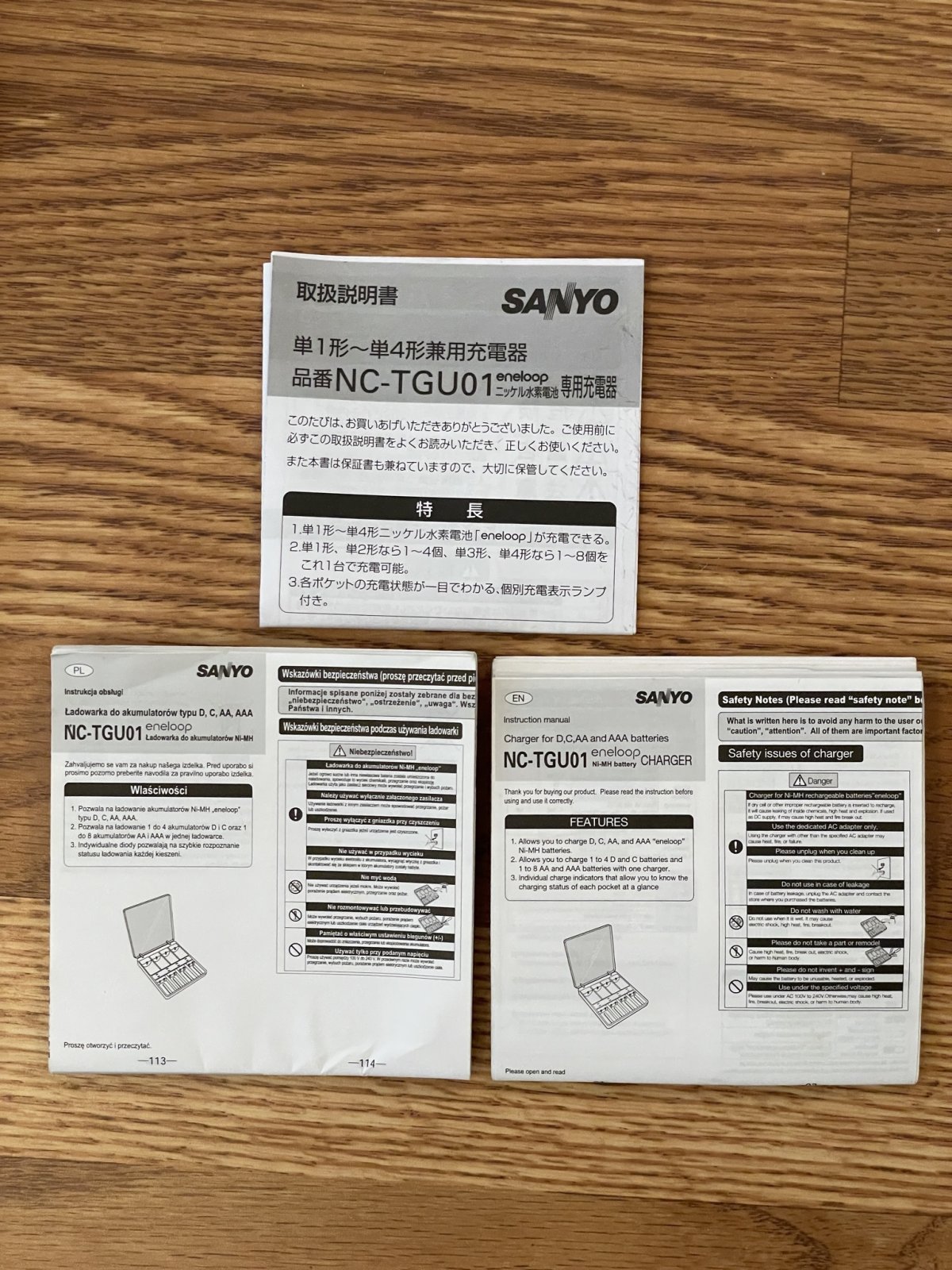