What limits the energy density of Li-ion batteries?

Some people think improving Li-ion batteries' energy density may involve many things. It won't be so simple with only changing the materials, because the balance of internal material composition even if a little wrong can cause serious problems. The real breakthrough in battery technology seems to be very difficult. When will the next breakthrough comes out in the battery industry? Welcome to share your kind comments.
D

I suspect a solid state battery will be the next usable development for flashlight-sized power cells. Something with a capacitor for fast reloading would be nice, too.
J

With ultracaps it's simply a matter of surface area, dielectric constant, and working voltage. Increase any one of them, you increase the energy density. There are certainly physical limits, but it's likely they're well above those for chemical batteries. 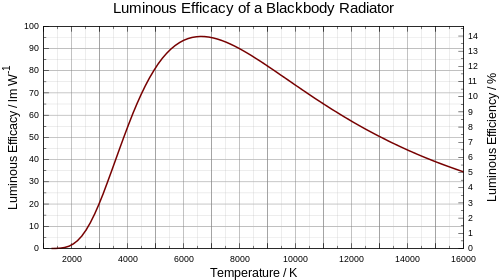 Most of the energy in the spectrum falls outside visible wavelengths.

On the other hand, LEDs generate light due to electrons losing energy when crossing a P-N junction. There's no inherent limit on their efficiency converting electrical power into light, beyond the fact that energy can't be created or destroyed. LEDs can theoretically be 100% efficient. For deep red and blue emitters we're already at ~80% efficiency commercially, perhaps 90% in the lab. LEDs are analogous to supercaps, while chemical batteries are closer to incandescent light sources. The latter simply has inherent limits due to the physics of chemical reactions.

I think soon we'll realize storing energy is neither safe nor cheap. and will look for ways to make it right on the spot, actually we already did kinda, we invented fuel cells, but complexity and required infrastructure kinda limits it for now, but it is just 1 way, i'm sure as we look farther we'll find other ways, or revisit old discoveries and inventions. We actually have the tech that would eliminate the need for most batteries, we have it for over 100 years, it was tested and it works, Nikola Tesla's radiant energy. i strongly believe the reason it was abandoned was a political, not technological.
J

Under the radar, but probably the biggest potential "thing" in batteries in the last year was production of a form of sulfur that makes long life lithium sulfur (and potentially sodium sulfur) batteries viable. https://drexel.edu/news/archive/2022/February/lithium-sulfur-cathode-carbonate-electrolyte Even bigger than CATL being ready or close for commercial sodium-ion car batteries.
You must log in or register to reply here.
Share:
Facebook Twitter Reddit Pinterest Tumblr WhatsApp Email Share Link