Everyone always has a lot of rechargeable batteries, especially for flashlights. Therefore two or three different chargers must be prepared for each charge. Many people use AC port chargers because they feel that the voltage of the charger is sufficient and safe to charge. However, this charger can only be used at home and requires a special charging cable, so it is not convenient when going out. Then they prepare another USB port charger when traveling or charging in the car. There are also some protected 21700 batteries on their hands, so they prepare a charger that is compatible of this battery size. Now XTAR's upgrade chargers - X2 and X4 extended version can solve all these problems, no need to prepare a bunch of chargers.

Dual input ports, can be charged anytime, anywhere
X2/X4 extended version has both AC input port and Micro USB input port, you can choose according to your own situation: indoor use the charger's own power cord and AC port to charge; outdoors can use phone adapter and Micro USB port to charge. It meets the charging needs of users in different scenarios.

Self-selection of charging current, fast charging, multiple protections
X2/X4 extended version, the charging current can be selected independently in 0.5A*2, 1A*2 and 2A*1 modes, and the 2A charging current can fill a 18650 2500mAh battery as fast as 1.5 hours. In addition, the charger has a built-in MCU mode to accurately determine the full capacity, and it can stop charging immediately when the battery is fully charged. It also has multiple protection technologies such as overcurrent, overcharge, overvoltage, short circuit, and soft start, so you can charge your batteries overnight without worry. 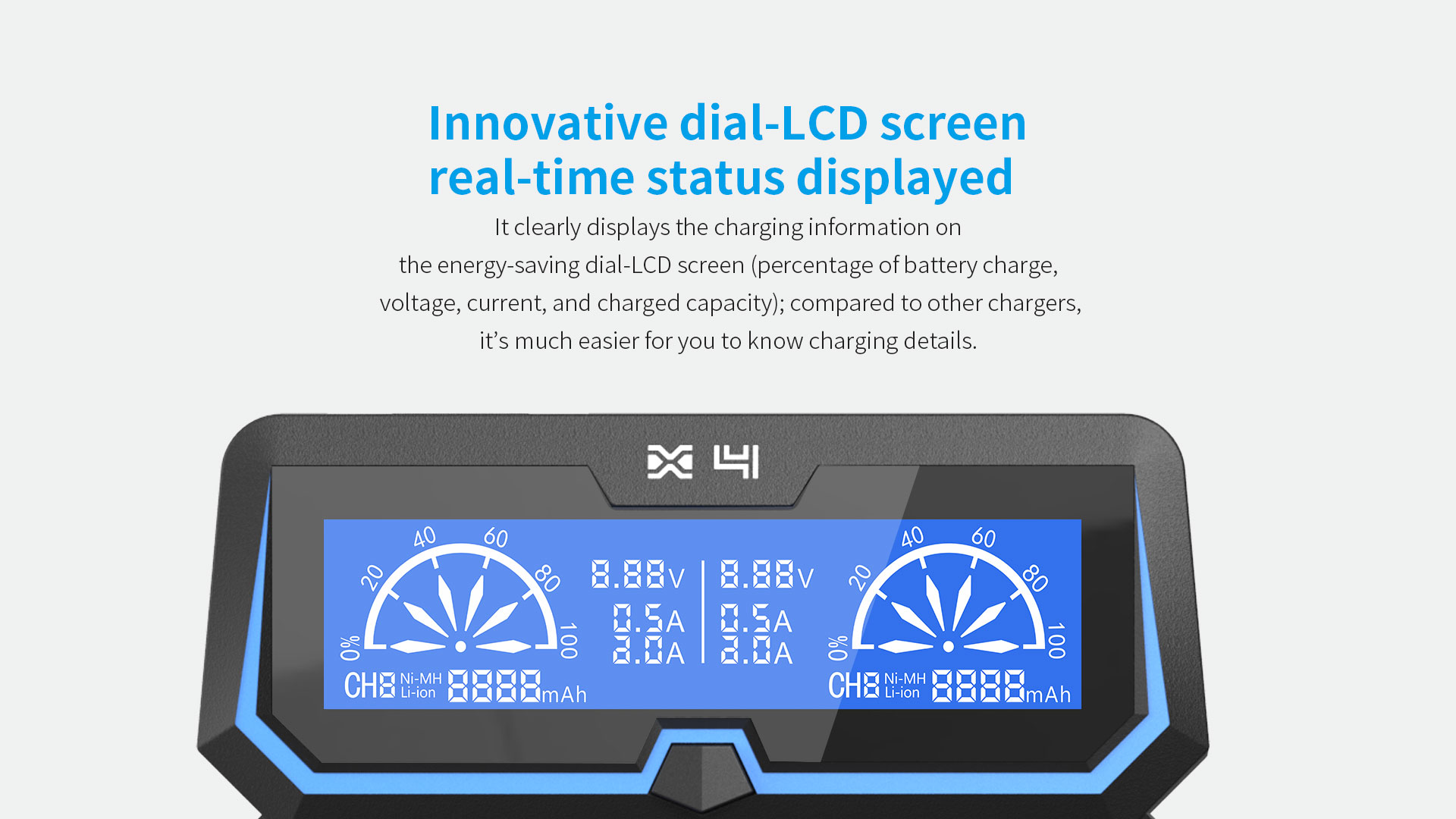 In addition, the X4 extended version also has an output function that can charge mobile phones, cameras, PAD and GPS and other devices. This function may not be used frequently, but it’s nice to have if urgently needed. 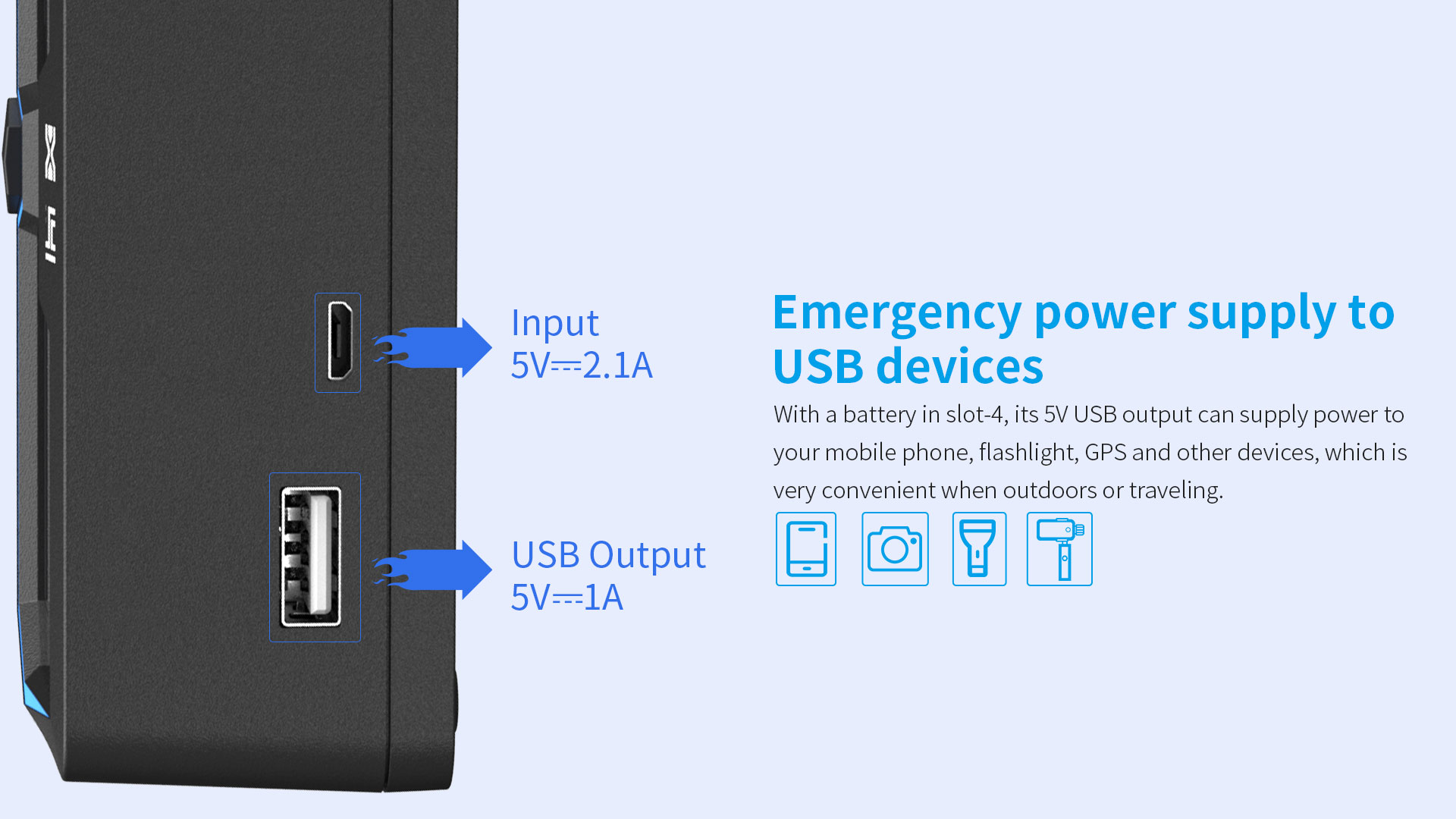 These are really very convenient and simple operated smart chargers, plus the consistent high quality of XTAR charger, you will have a perfect usage experience.

When will these be available?
All I get when I click on your links is a web page that`s in Chinese?
I don`t see anything but text

ftumch33 said:
When will these be available?
All I get when I click on your links is a web page that`s in Chinese?
I don`t see anything but text
Click to expand...

They've already been in our official website. You can also visit http://www.xtar.cc/ to find them.

If there is only text and no pictures on the webpage, may be that's because the page was loading slowly at the time. You can refresh to reload the page.
F

Found it! But it doesn`t seem I can purchase them on the website
I don`t see the X4 extended.
What I see is the X4 2A.
Is this the same as the extended?

ftumch33 said:
Found it! But it doesn`t seem I can purchase them on the website
I don`t see the X4 extended.
What I see is the X4 2A.
Is this the same as the extended?
Click to expand...

We have store at Amazon, Aliexpress, shopee etc., but I'm sorry these two products are not yet on sale.

We need time in production. Once they are on sale, I'll share the news and link here. 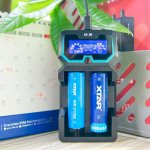 The New X2 is about 4mm longer than the old X2 so that it can charge the protected 21700 batteries.

Keep the conversation going by posting any questions or thoughts you have in reply below.
Last edited: Mar 17, 2020

What the X2 looks like? Does anyone find it? :naughty:
F

Still not available for retail sales?

The non extended version can physically hold protected 21700's according to this review (this person knows this stuff). So why this extended version? Is there some other reason?

Hi, As the standard protected 21700 batteries' length is around 75mm， and the new extended X4 version can support max 77mm.

Please deprecate the micro USB connector in favor of USB-C!

Thanks for your kind suggestion! We will feedback to engineers about the USB-C preference!
K

@XTAR
Is there any difference between X2/X4 extended in functionality ? (except obvious 2 / 4 bays)
As well - I don't see 16650 (protected / unprotected / button / flattop) in support list - are those supported by X2/X4 extended?
Thanks!

Hi there, for X2 and X4 extended, except obvious 2 / 4 bays, X4 extended has 5V USB output, which can supply power to the mobile phone, flashlight, GPS and other devices when outdoors or traveling, while X2 extended doesn't have USB output.


koshenok_gav said:
@XTAR
Is there any difference between X2/X4 extended in functionality ? (except obvious 2 / 4 bays)
As well - I don't see 16650 (protected / unprotected / button / flattop) in support list - are those supported by X2/X4 extended?
Thanks!
Click to expand...

Does this by any chance have an analyze function?