Hi all, long time lurker, first time poster. I'm a bit of a light geek, and this goes back quite a way, I had fabricobbled together a set of H4701 based auxiliary high beams on a Géo Métro i had when I was a kid.

i have reached out to Daniel Stern, but he's not gotten back to me. I don't blame him, I reached out on a Saturday. Of a long weekend (Canuckistan Thanksgiving). So I figure I'd ask here for some, no doubt good, advice.

I drive 50000km/year in a government issued 2017 Ford Interceptor Utility (explorer), that has stock led low beam, and halogen high beam headlamps. I do a considerable amount of night driving, in wildlife country, lightly travelled straight and level rural roads. Not uncommon to drive 15 minutes, and not encounter any oncoming traffic.

The stock lighting is adequate, but not much more. A year or so ago, we were provided with el cheapo led light bars, that did absolutely nothing to improve night vision, as they light up the ditches 100 feet ahead, and gave awesome amounts of foreground lighting. My coworkers think they're great.of course, these toys started falling apart soon after, with individual diodes failing, and all the other maladies that afflict said toys.

I know better. I don't want to light up the inside of my garage, I want to throw light down the road, where it's actually useful. Not in the ditches too close to close as to show me what I'm about to hit, or in the tree tops, where I constantly try to avoid ending up.

I asked if I could source my own solution, and was told I could. The answer was "get a good light bar, something with a spot/flood beam. Hmmmm. I asked for a budget, and was told "a good one. $300".

So I guess here's where I'm at. I can spend $300, I know any kind of quality led lighting is more expensive than this (I tried to purchase JW speaker 8630 for my motorcycle, but can't seem to find them anywhere), and I'm not willing to pay out of pocket for equipment used on a government vehicle.

Is there anything you all can suggest? I would be mounting on a Setina push bar, so I have all kinda of real estate. The Interceptor package also comes with a bigger alternator, so no worries there either. This would be waited through a relay, triggered by high beam signal.

This solution would likely be a slap in the face to our "lighting experts", who judge light performance on the aforementioned foreground lighting. Fog light on all the time types, so a bit of a tldr on why your suggestion would be better (and safer) than what they have been providing us would be greatly appreciated.

ps-they already suggested I put LED bulbs in the high beam housings. I know better than this, so I said no thanks.

Thoughts, and thanks in advance

Diode dynamics SS3 pods with driving light optics. There are two models that are SAE J581 compliant for driving lights, the Sport and Pro models. The Sport is definitely in your price range, even given the currency exchange.

If you are not a fan of cool white light in the 6000k range, I would suggest purchasing the models with the "3000k" selective yellow optic, and purchasing the clear optics separately. This will net you with 4000k neutral white, and slightly higher performance than the 3000k yellow optic would offer, due to no longer filtering some of the light.

They also offer their SS6 6" segment bars in a driving beam. Two bars as a pair is J581 compliant, but a single 12" bar, while identically performing to the pair of 6" bars, is not, as it exceeds the 75kcd/lamp limit. But the DD bars use the same LED mcpcb in all of their lightbars. The bars use a darker amber filter to filter to yellow, but are not available with 4000k LEDs, so the SS3 pods are more versatile in that respect.

Are you married to the bar format?

Edit- if you are not married to the bar format, or LED Hella 700ff's seem like a decent budget choice. H1 bulbs are available in 55-150w, although -virgil- will probably point you to a 55w performance bulb like the Osram nightbreaker laser +150 if you expressed interest in that route.
Last edited: Oct 10, 2021
R

I am open to any solution, providing it fits under the budget. We have a few of the Hella 350 on our fire apparatus, and they seem to do a decent job. They don't seem to put light down the road as much as a set of FF500 halogens I used to run, but they seem well built. They just slide in under budget.

i don't have any colour preferences, so I'm fine with regular old halogen, right on up to 5-6k.

Xe.com has $300 Canadian coming in at $240 US. So a set of DD SS3 Sport pods comes in under that, as does a single 12" or 18" bar, with some room for shipping to be covered. The Pro level pods are $300US, so out of your price range unfortunately, unless you found them on sale somewhere.

I have a set of SS3 Sport fogs with the yellow optics, and have purchased the clear spot optics for them to try out, but I cannot comment on their driving beam optic. I have a 12" DD bar with the driving beam optic mounted on my civic to supplement my high beams, although I may go for the clear lens swapped yellow Pro's to get the nice neutral white in the future. The driving beam pattern is slightly different between the bar and pods, per DD's site, 20*×8* for the bar, vs 18*×8* for the SS3 optic.

I would get this Hella light bar in the driving beam pattern.

I notice Diode Dynamics throws around terms like "SAE compliant"-- which would mean something if the SAE (technically, "SAE International") were a regulatory authority.

Stern got back to me, and he's recommending this too. I might just buy one for my Golf Sportwagen too! My wife would frown upon a set of Hella 4000s on the front bumper.
Well that was easy.

Rogerrz said:
i don't have any colour preferences, so I'm fine with regular old halogen, right on up to 5-6k.
Click to expand...

Just noticed this-- not to nitpick, but no legitimate halogen bulb will be 5000K CCT unless it's heavily tinted (in which case it'll put out far less light than an untinted bulb with the same filament, fill gas chemistry, and voltage). It'll be around 3250K at the highest for a high quality halogen bulb with the appropriate voltage.

I guess I misspoke. I should have said, "I'm ok with the colour of regular old halogen, and can live with HID/LED right on up to 5-6k".
R 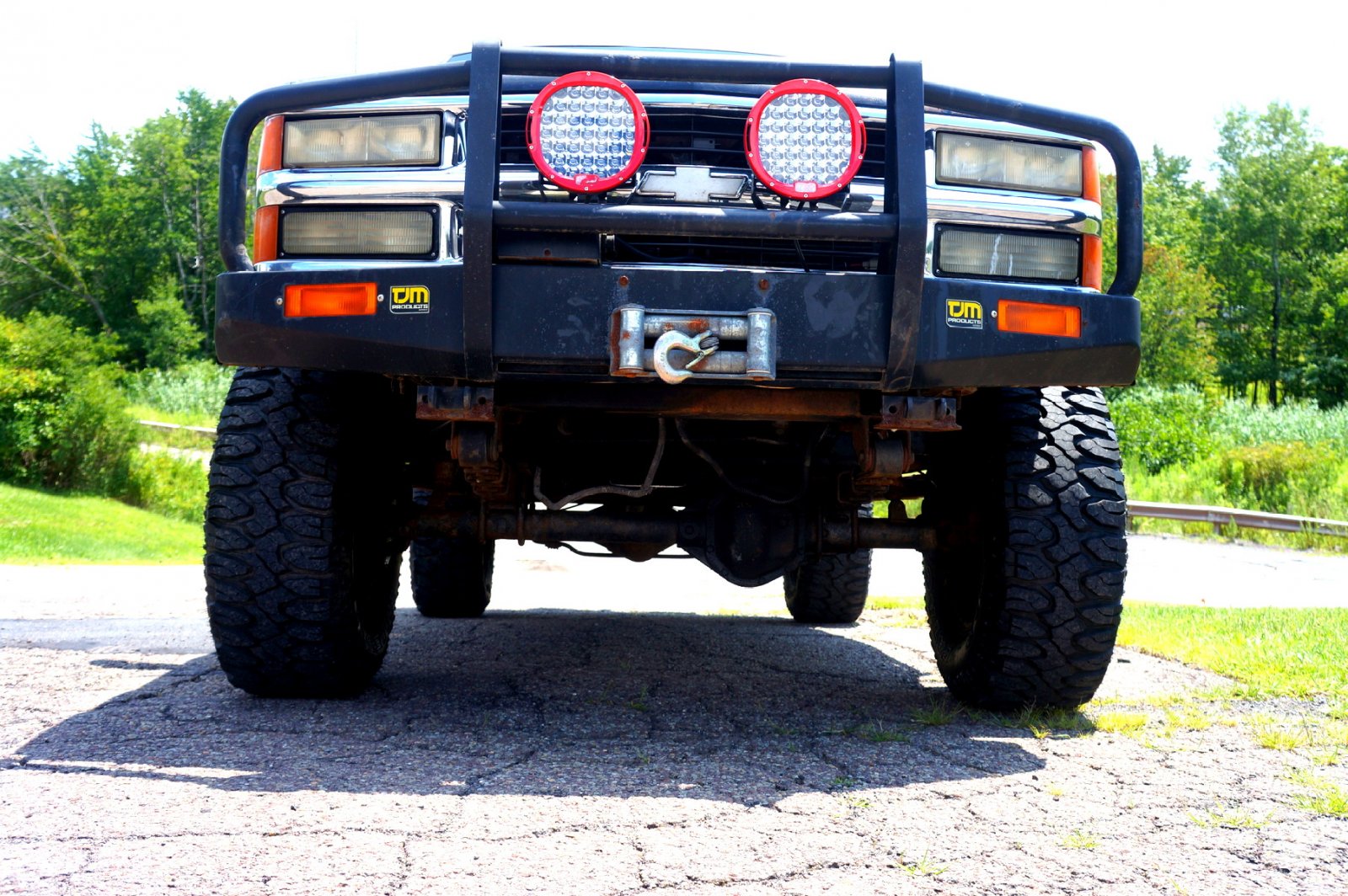 Another option *just* out of your price range (so maybe not really an option?) is the Osram fx-500 CB lightbar.
R

It was. Ended up going with Stern's recommendation of a Hella 350. On close out, the price was right at @ $209Cad.

That's a very good price. May I ask where you found it on sale?
R


They have stopped carrying Hella (probably more money to be made on house brand gimmicky lights), and they are on close out. Daniel Stern also tells me that Hella stopped making these (or they stopped buying them from JWS ), so once they're gone, they're gone.