Headlight vs flashlight, which do you use more often, and why?

100:1 flashlight. That is unless I'm working on a road project at night then it's probably 1:1 since my only headlamp is fastened to my (night mode) hard hat.

Flashlight, My HDS is always at my side.

My headlamp is currently a ZL 18650, it is very bright with great runtimes but too heavy to carry like I used to with my ZL AA version. I switched it up for obvious reasons but find I use it less.
A

How about you Poppy?

Headlamps for certain projects - particularly on a ladder, under a vehicle, or within a confined space. But otherwise a flashlight.
3

Headlamp at short ranges (arms length) & doing things that use/need two hands, flashlights other than that. Ratio of 50-1 or higher to the hand held light since so many of my lights have a magnetic base
S

Good question! I bet in the last year I’ve used a headlamp 90% of the time .
When I camp its a headlamp, head to the cellar its a headlamp, just winding up a room remodeling job and almost every time I needed a light grabbed the headlamp, especially for spackling, sanding and painting. Redid all the outlets and switches and the headlamp was on all the time.
Even taking the dog out lately I use a headlamp.

I need to sell some lights to buy more headlamps!.

I think I only ever used a headlamp once, aside from toying around with them. Thats why I only have 2 of them aswell. It was for some device I disassembled at my desk at night if I remember correctly.
X

Flashlights get used the most because I also use them as lanterns.

I do use a headlamp a lot in the basement, garage and for taking out the trash.

50:50 Lately I've been doing inside home repairs. In this Summer heat I prefer the light weight and comfortable head band of Petzl. I keep them in my cars as well. Imo, headlamps are great emergency lights, keeping both hands free is a must.

Poppy said:
Headlight vs flashlight, which do you use more often, and why?
Click to expand...

which do you use more often, and why?

I use a flashlight more than a headlamp, especially if I am just LOOKING at something.

I use a headlamp more often if I am actually DOING something, especially if it takes two hands.

LOL Since I look more than do, I use a flashlight more often overall.

Headlamps are fantastic but it’s not something I always have in my pocket like with a flashlight, so the flashlight gets more use with me. As a plumber though a headlamp is a tool that makes life much easier.

Poppy said:
I use a headlamp more often if I am actually DOING something, especially if it takes two hands.
Click to expand...

This idea is what I was trying to get at. If you have anything involved that's demanding of your hands and isn't amenable to an area light or relocate-able to a well-lit work area then a headlamp is apt to be the way to go.

depends on the task, usually if I'm doing something with both hands near me I'm using a headlamp, for example fixing something in the dark while holding it in my hands, or drilling into the roof in a dark room with no power. Or another use is when I carry something heavy with both hands I use a headlamp.
For everything else there is mastercard a Malkoff.

Setting aside the "flashlight as cool toy" part, until recently I thought of headlight vs flashlight in the same way that Jeff Cooper talked about handgun vs rifle... "a handgun is for fighting your way back to the rifle you shouldn't have put down in the first place".

Any time I had to operate in the dark for any extended period of time - whether it be walking, camping or working - I found a headlight to be much more useful, partly because it left both hands free and partly because the light automatically pointed where I was looking.

I still used flashlights more, simply because I haven't had time to do much outdoor recreation at night, so when I need a light it's usually because something unplanned happened and that's where flashlights are so valuable.

The only thing that has changed recently is that I have picked up a flashlight with a decent combination of magnets and light patterns (a Streamlight Duallie 3AA) which has been sufficiently useful that the headlight hasn't seen so much use recently, to the point where I have gone back to storing it with the batteries removed in order to avoid leaks. Yes I need to replace the alkalines with NiMH AA's.
D

I extend-carry both a headlamp (Vekkia) and a flashlight (iTP EOS A3) with me all the time. When I need both hands I use the headlamp, otherwise I use the flashlight as it has a much smaller 'setup time' (just turn it on, no need to put it on my head and adjust it).

So I'd say I currently use the flashlight 80% of the time, and 20% the headlamp.

That said, there are right-angled flashlights that can work either as a hand light or (with a headband) as a headlight; in this fashion, I'm replacing both the Vekkia and the iTP with a single Manker E03H II which I expect to pick up today (yay!).

Then it will be just a matter of deciding to attaching the light to the band and then in my head or not, the light itself will be always the same.

bridgman said:
Yes I need to replace the alkalines with NiMH AA's.
Click to expand...

or use Energizer L91 lithiums

fulee9999 said:
or use Energizer L91 lithiums
Click to expand...

Yeah, I really do need to give them a try. It just hurts that they cost almost as much as Eneloops but can only be used once, although IIRC they have about 50% more capacity than a typical Eneloop and arguably handle heat/cold better as well.

They do sound like a great choice for anything I want ready-to-go in case of emergency though.

I had recently run across an article claiming that Energizer Max alkalines did not leak, or rather that the manufacture would repair/replace damage (definitely not the same thing) but it did get me thinking... a decade or two ago I avoided Energizer alkalines and went with Duracell because the Duracells seemed to leak much less often, but in the last couple of years the situation seems to have reversed, with Duracells leaking more than Energizers. Not sure if Duracell chemistry changed or it was just a consequence of moving production to another country... and now that I think about it I'm not even sure if Energizers got better or Duracells got worse. 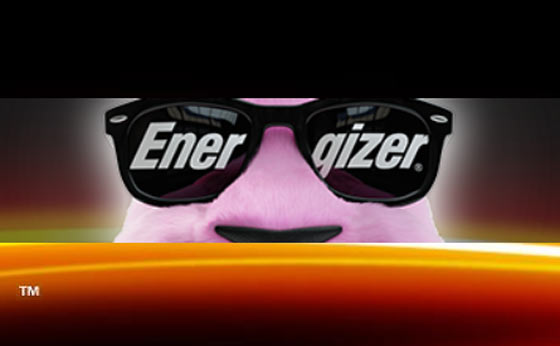 No leak batteries. Yes they exist! I have been using this particular brand / model for years with success (including lithium)...