Multi MC-E mods have been done by others already so this is nothing groundbreaking. Thought I would share my build anyway ! 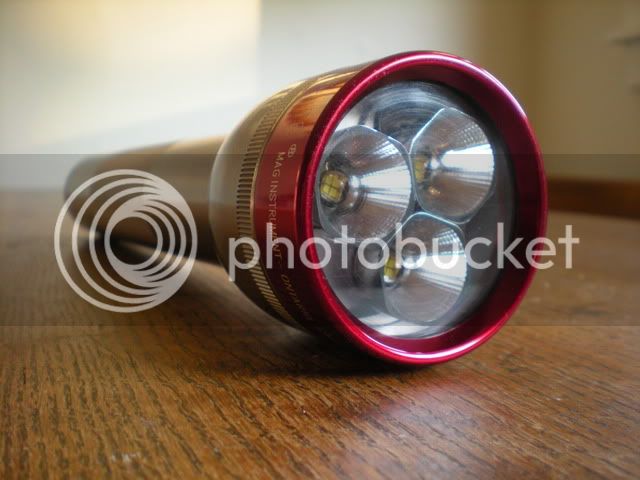 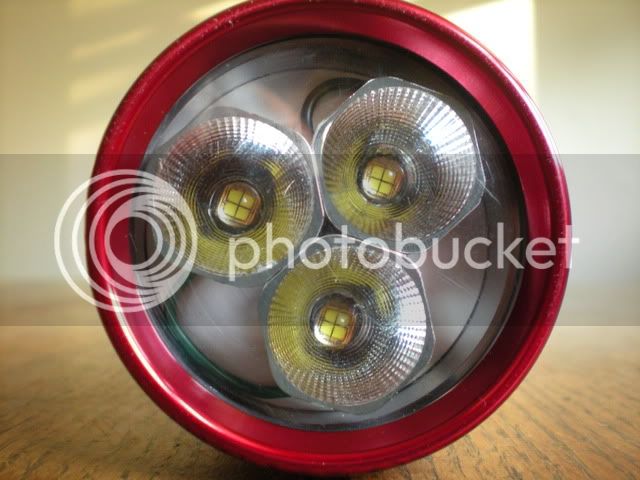 Light engine assembled
MC-E's are wired in series with the die from each emitter wired in parallel. I used one of Download's quick connectors to plug it into the driver. This makes for easy removal. The reflectors were glued together to form one single unit. 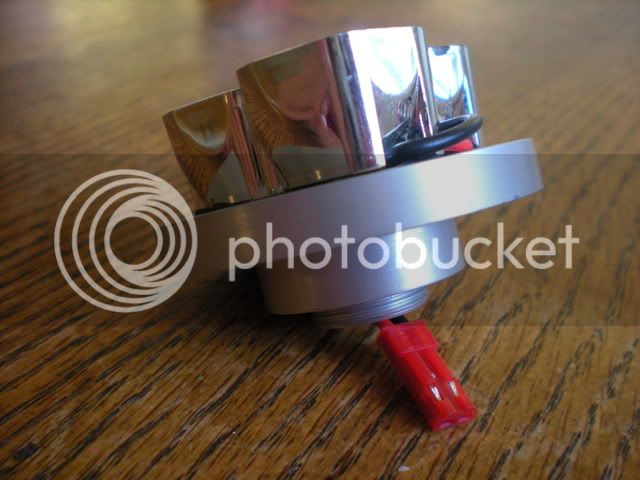 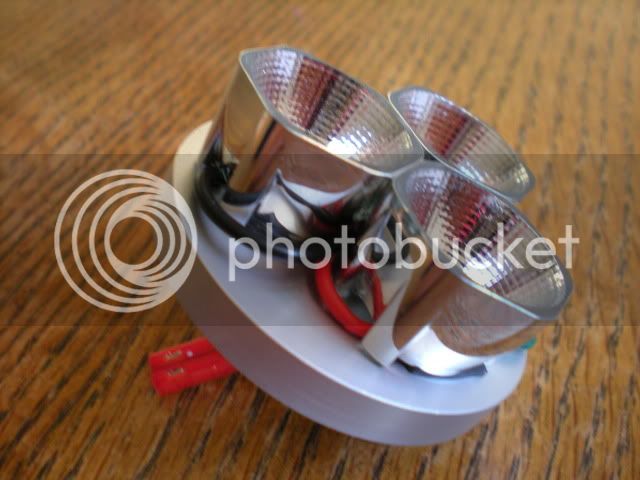 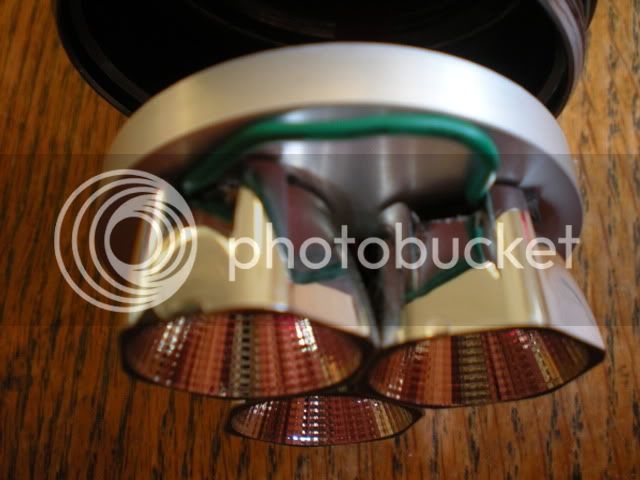 Wired switched and hipflex driver mounted to heatsink. The edges of the hipflex had to be very carefully sanded down to allow it to fit into the tube. I also had to sand the edge of that large component you can see in the pics. George provided thermal padding for heat transfer. This was used between the heatsink and hipflex. The components were attached by tapping two screw holes and securing with nylon screws to prevent accidental shorting. 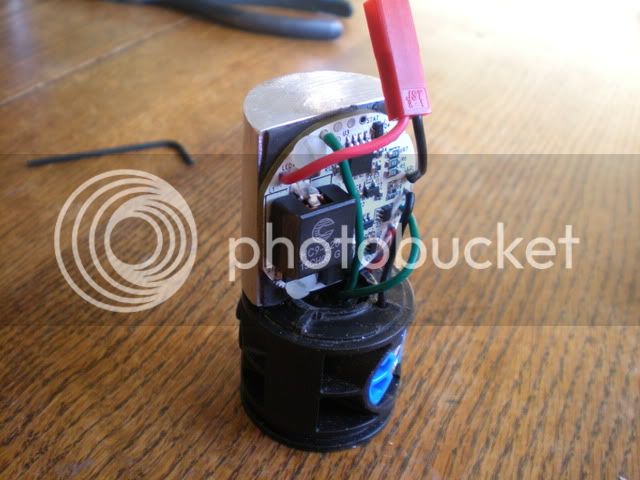 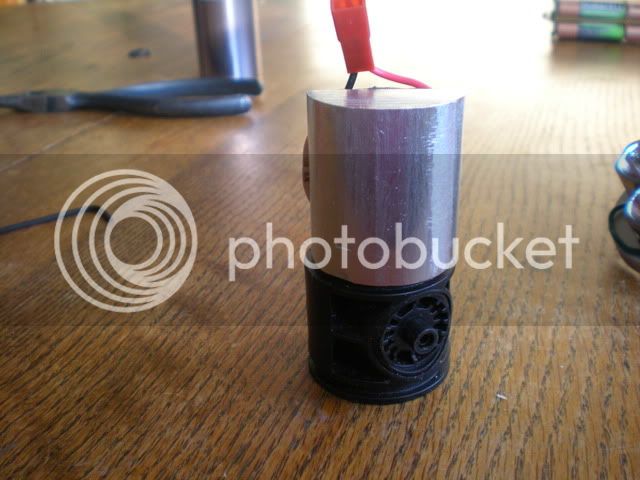 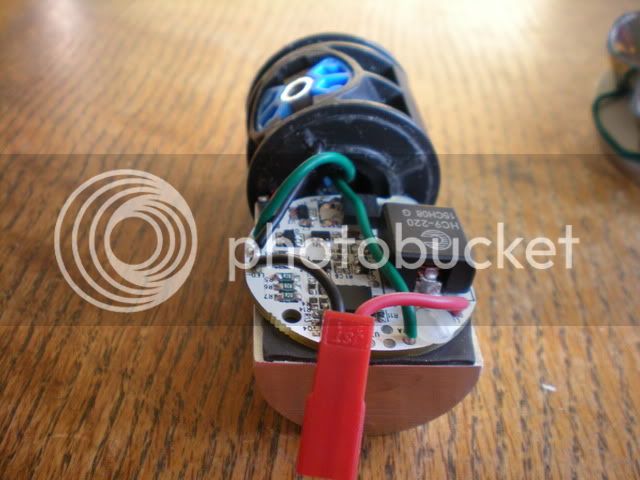 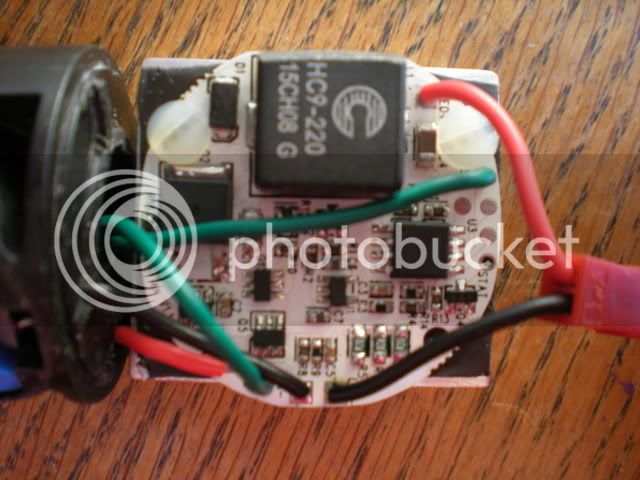 To get this to fit, I removed the retaining ring in the body, then slid the switch and driver up from the bottom. 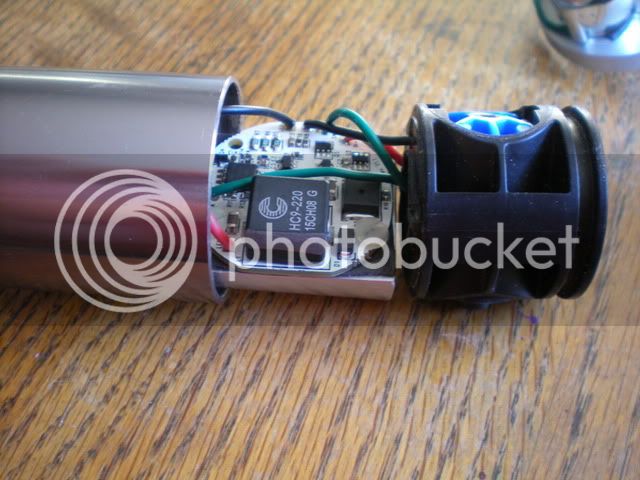 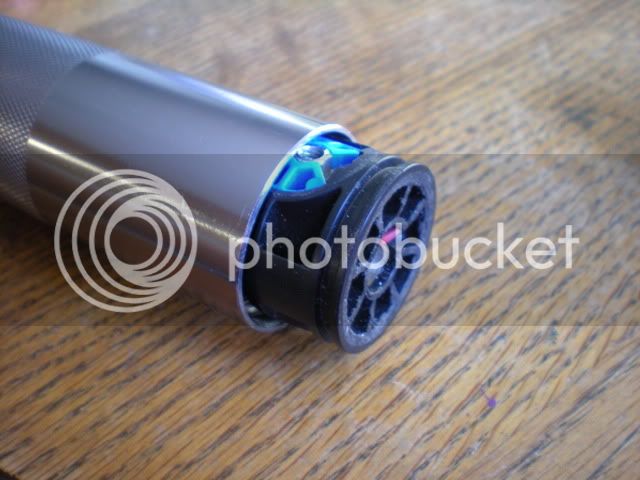 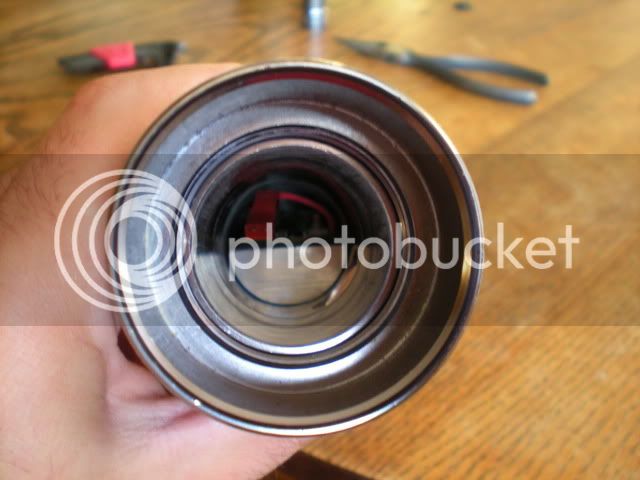 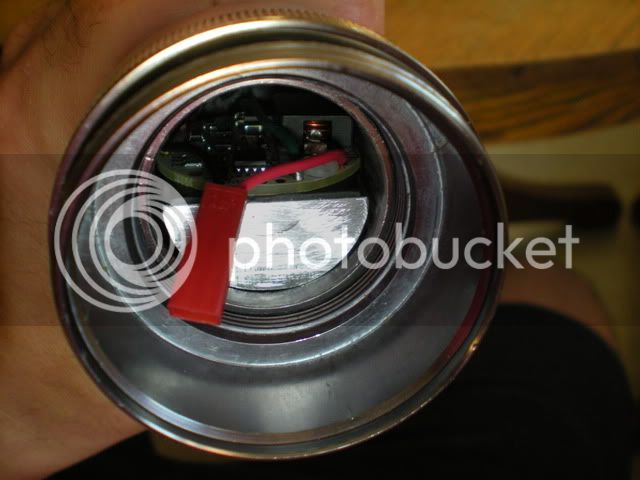 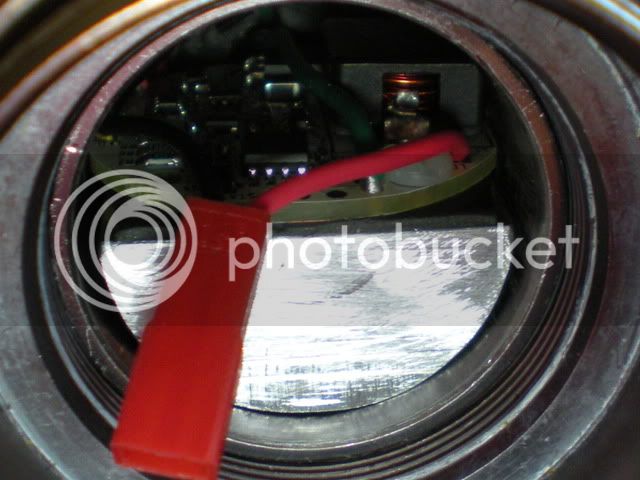 The switch was placed just off center which gave me enough head room above hipflex to screw the mag head down. Once on, the multisink contacts the top of the hipflex sink. All components are nice and snug with no rattling. 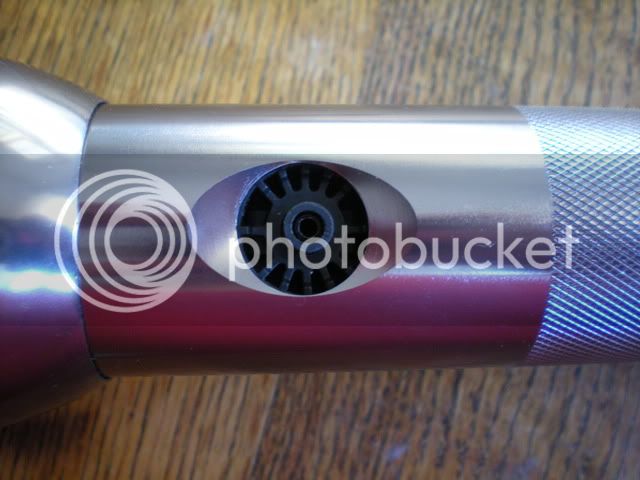 Hipflex UI allows for several customized output levels and settings. The torch is powered by 8AA NiMh cells which provide ~1.5A on high. I have also used 6 x 14500 Lion which gives significantly higher output and close to the 2.8A max rated. I measured >2000 lux on ceiling bounce test which is twice the output of my 6*Cree [email protected] or P7 [email protected]

So far, overheating of hipflex on high has not been a problem, however, the head does get quite hot after ~5 minutes on high. The light produced is mostly flood. I would prefer to have more of a thrower, but I don't think it's possible with small reflectors.

Congrats on attaining the rarefied status of being one who's shaven enough off the hipFlex to squeeze it into a Mag. You are far outnumbered by those who have inhabited the ISS! :rock:
Last edited: Aug 8, 2009

I am currently building a couple of lights using the excellent hipflex driver.... thanks for the info on mounting inside the mag tube..... maybe i will break out the file/sandpaper hmmm

Thanks for your support!

wquiles - I love all your tutorials and pics of lathing/milling. Thanks for taking the time to document your projects. I am soooo jealous of your skills and excellent work!!!

dan1million - I was glad to finally complete this w/hipflex. Just go reeeaaal slow while filing. There's not much extra space for mistakes!!!

Bimmerboy - SSME - never thought of that, but now I see the resemblance. I think the SSME put out a bit more lumens though :twothumbs

seriously... this is one of my favorite builds on CPF....

I am suprised that you can do the 6xLiON's cuz George is quite anti that.... but proof is in the pudding...

question about the reflector(s)... i'm suprised you say its quite floody with hardly any throw.. are you using the S model w/ the 10 degree beam output booms?

Thanks again for sharing and any more pic's and beam shots would be totally welcome! its magmod pr0n...
Last edited: Aug 29, 2009

I did check the 24V input with George and he said it would be fine. Hot off the charger 6 x AW 14500 can be pushing 25 volts, a bit high for hipflex. But running 3 x MCE in series will cause enough voltage sag that it really isn't a problem.

I am now powering with 3 x IMR 26500 instead for 10.8v input (up to 12.6v hot off charger). Fewer cells and doesn't run the risk of overpowering hipflex. With a PVC as an adapter and deanonized tailcap w/small copper wire as - contact, the cells fit in perfectly and give enough voltage to run this beast on high.

I agree, it's a nice setup. Those are the Boom S reflectors which produce more of a flood than hot spot/spill. I do see a hot spot when close to the wall, but outside it looks like flood. I have been doing a lot of reading here to find a better reflector/optic solution and there is nothing that isa hands down a winner that is small enough to fit three in a [email protected] head.

The Khatod 20mm aspheric looks promising according to this thread from user trout, but I don't know of any US based distributors. I'm also looking into ~18 mm dia aspherics w/ FL ~15mm that I might be able to "drop in" to the boom S reflectors for better throw. I'll keep looking and testing and report back.

i agree.. i'm eyeing that thread as well... i think a lot of us here are wanting to get more distance from our quad-die'd LEDs

When the hipFlex came out I tried to imagine different ways to mount one in a MagD. Sideways, I didn't think of that. Sweet.

Yes, I was disappointed at first when the "huge" hipflex arrived. I had no idea it would be so massive. Looking at it the first time, it looked hopeless to fit into the body tube. But once I started tinkering (in true CPF form), I was able to sand it down just enough to squeeze it down the tube. Once ontop of the Al heatsink, it fits nice and snug without any movement.

Another way of doing it would be to grind down a "groove" into the body and slide hipflex down it. But that would require a bit more precise machining and is a bit out of my ability using a hand file/rotary tool.
You must log in or register to reply here.
Share:
Facebook Twitter Reddit Pinterest Tumblr WhatsApp Email Share Link

XP-E/G reflectors for the MC-E